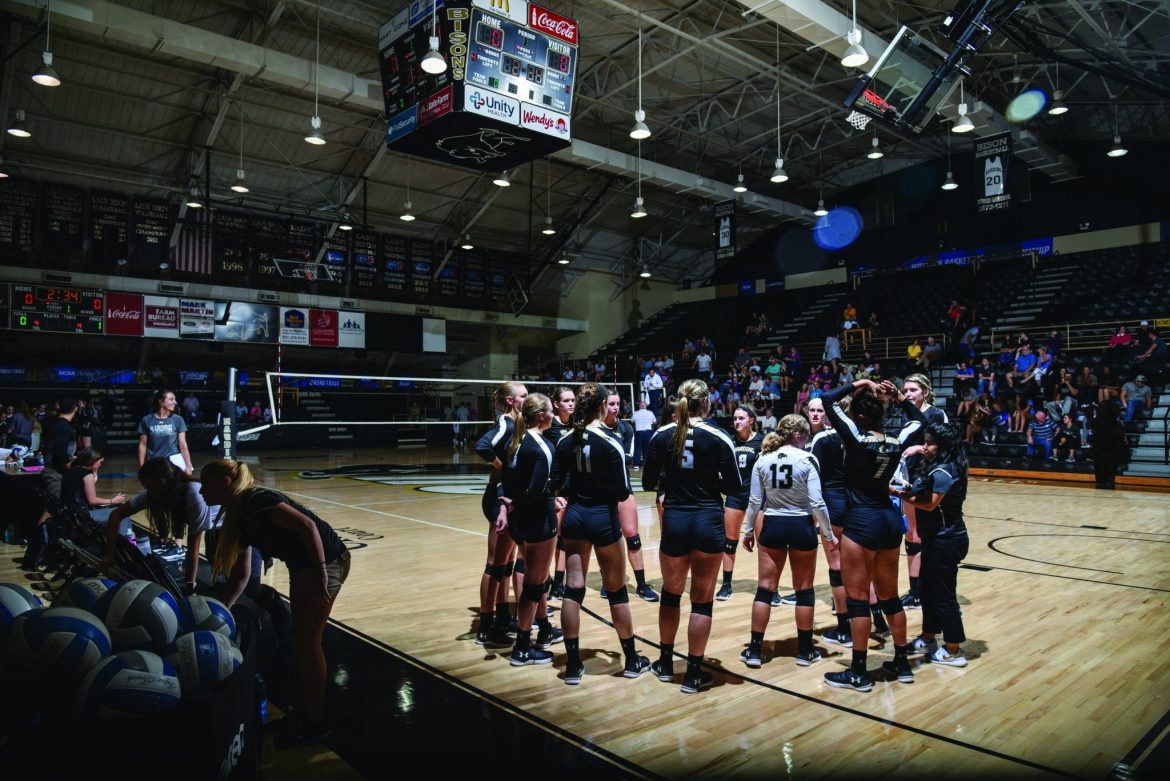 Their conference wins are now 4-1 and 15-2 overall. Middle blocker junior Zoe Hardin had a total of seven blocks and 11 kills against Ouachita Baptist.

“It’s always helpful having a home advantage,” Hardin said. “And having a supportive energy from the crowd was great when the scores were close.”

The student section played a huge role in the Lady Bisons success. Junior Cassie Jones attended the game and knew the atmosphere was different than usual.

“It was definitely more packed than past games,” Jones said. “The student section was getting everyone hyped up, and the matches were all pretty close so that kept it exciting.”

The Lady Bisons won all three matches in a row, but head coach Meredith Fear said the team is not letting their recent success keep them from trying hard in their upcoming games.

“We are still working on performing and battling under pressure,” Fear said. “Home games against teams you are supposed to beat are easier mentally than road games against tough teams.”

They took home their second win of the week against Southern Arkansas two days later. Junior right side hitter Emma Reeves had a total of 8 kills against SAU.

“As a team we played well and because of that I could perform well myself,” Reeves said. “Our junior setter, Rachel Heussner, was able to spread out the ball between our front row so we could get a high number of kills. My team made some great passes, too.”

Their next game is away at Southeastern Oklahoma University toinght and their next home game will be Monday, Oct. 9 against University of Arkansas – Fort Smith. The Lions record is 13-5 and 3-0 in the Heartland conference.