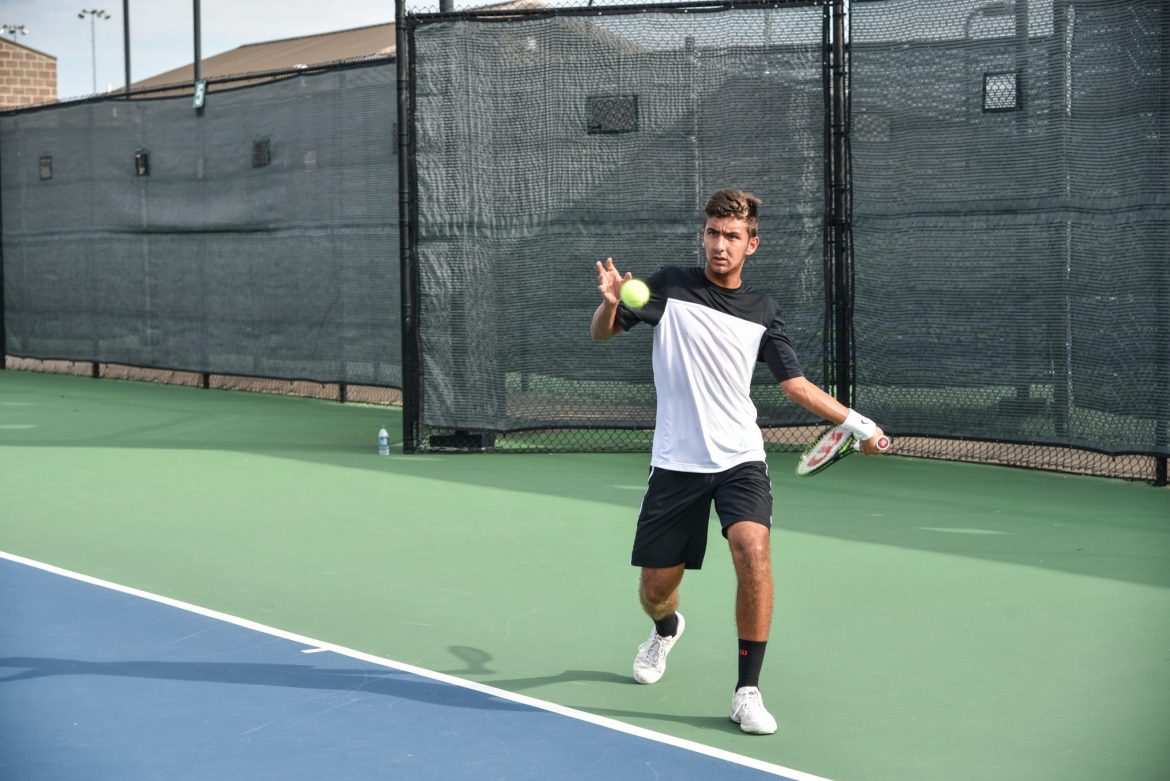 The men’s and women’s tennis teams both competed in the 2017 Intercollegiate Tennis Association (ITA) Central Region Tournament Sept. 29 and 30 in Springfield, Missouri. The women’s team won four matches, advancing two singles players and both doubles teams. The men’s team not only had a singles player qualify for the quarterfinals, but also a doubles team qualify for the semifinals, the first time ever in program history. The doubles team for the men consisted of senior Carlos Crisostomo and sophomore Luis Tirado. Crisostomo also made it to the quarterfinals in singles.

Redding, who becane coaching during the 2015-16 season, has players absent due to eligibility and injuries. He said he anticipates a successful season come February, once he has a full and healthy roster.

“Once coach Redding came, everything came back to what we wanted it to be,” Crisostomo said when asked about the transition of the head coaches and how it affected the team.

Crisostomo and Tirado opened their first weekend match against Josef Altmann and Agustin Velasco of Northwest Missouri State, where they won 9-7 in the quarterfinals. Crisostomo and Tirado had a great chance of reaching the finals, but ended up coming a short, losing to Atlmann and Velasco, 9-7, who ultimately won their match in the finals.

“I think we have a lot of improvement,” said sophomore tennis player A.J. Barrington.

Barrington, who is currently injured, sees a lot of potential in his team and is looking forward to getting back to playing in their next tournament.

As for women’s tennis, senior Gabriella Alves and freshman Hana Folse both won their respective round of 64 matches before being taken down in their round of 32 matches.

“This weekend showed me that I need to really work on my game because the competition this year is really tough,”Golubic said.

Both the men’s and women’s teams will be heading to Plano, Texas, on Oct. 13, to participate in the Collin College Invitational.