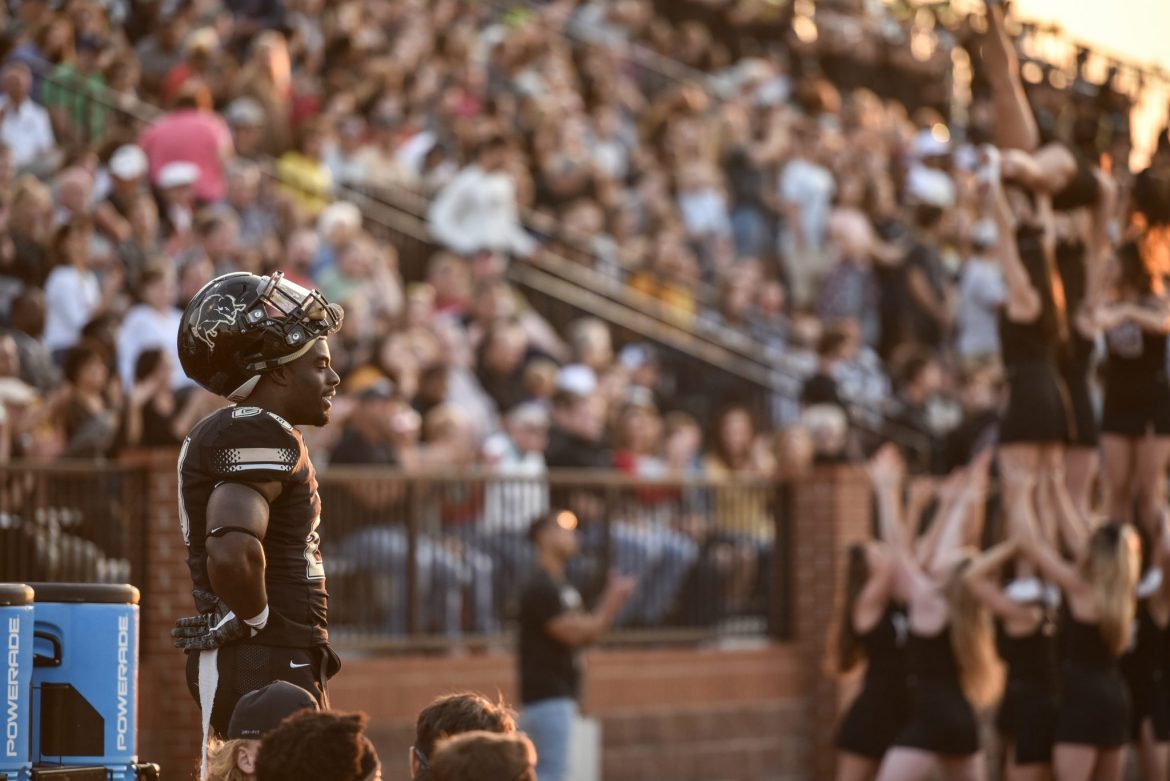 The Bisons are now 2-3 after winning two games in a row against Oklahoma Baptist and Arkansas Monticello universities.

Even though they are 2-3, the Bisons are No. 6 out of 12 teams in the Great American Conference, if they win out and would finish 8-3 overall. Only Southeastern Oklahoma State University is undefeated at 5-0.

When it comes to winning conference, it may seem like a long shot. But it still is not impossible.

“I’d rather be picked low than high of course; I enjoy the underdog role a little bit,” head coach Paul Simmons said. “There is added pressure when the buck stops at you. I always feel a great deal of pressure to give these guys the best chance to win, as possible.”

This past week against Arkansas Monticello, the Bisons were trailing by as much as two touchdowns in the second half of the game and managed to rally back under pressure.

“We’ve gained more confidence these past few weeks. We’ve rallied together and stayed together, being energetic and playing with passion,” sophomore defensive linebacker Toni Montez said. “We did that the first few games, but it just wasn’t really working.”

Montez had two tackles last week and is looking to improve his game every day.

“Each game, whether good or bad, I just look to the dude next to me and know that we aren’t going to give up,” Montez said. “This is what we trained for and this is what the Bison brotherhood is all about, never giving up. Even if its 41-0, we play like it’s a tied ball game.”

Senior wide receiver Andrew Dather had 56 reception yards against Arkansas Monticello, the most so far this season.

“It boosted our confidence because Monticello was a good team, they have a good offense,” Dather said. “We knew we just had to play like we did against Oklahoma Baptist. We have more confidence going into this week against Ouachita.”

Even though Ouachita Baptist has a 4-1 record and Harding is 2-3, the Bisons are not intimidated. Dather said they are ready to go out and give it their all, just like every other game.

“We really have nothing to lose at this point, so we’re looking to just leave it all out there every game,” Dather said. “We’d love to win out and there’s not a team that we can’t beat going forward the rest of the season. I’d just like to see us playing together as a team, like we have been these past two games.”