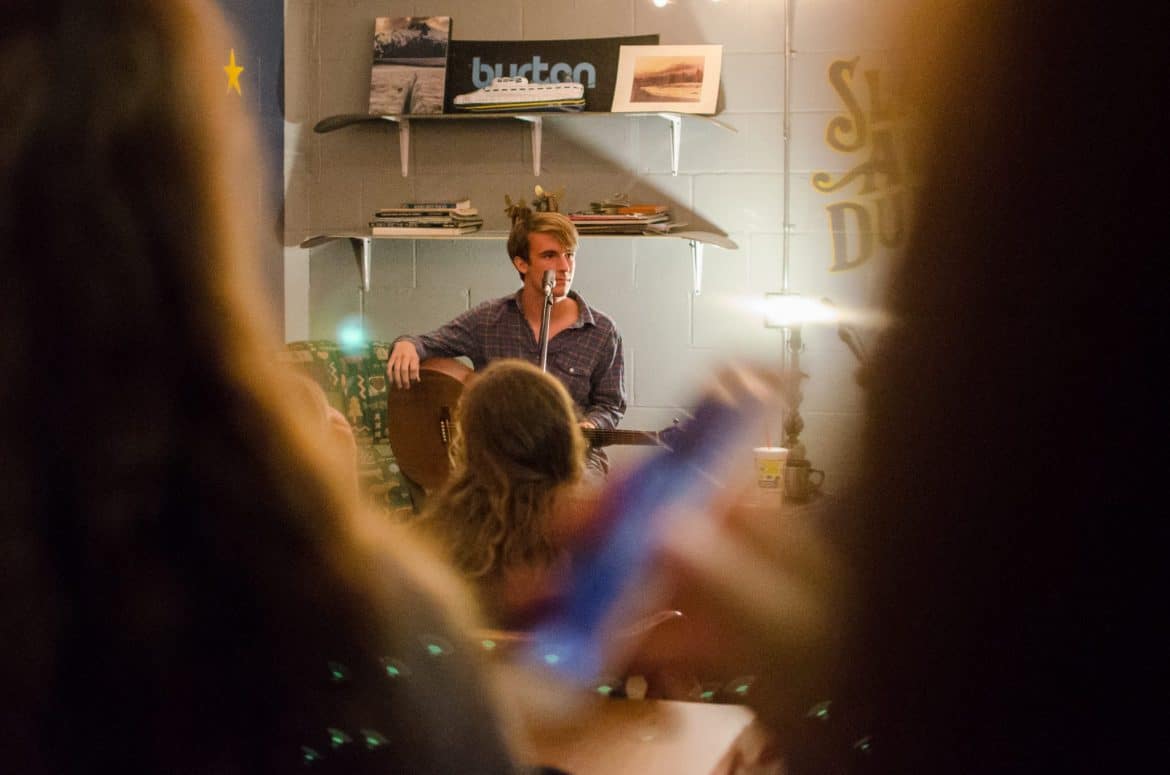 Austin Varner is a freshman cognitive neuroscience major with a passion for music.

He released his first album titled “Reasons” in July 2017. Most of the set he played when opening for Lecrae was from his album.

According to Austin Varner, his music is best described as singer-songwriter with elements of blues and some folk.

Austin Varner plays piano and guitar, but mainly guitar. He said it was after he heard a Pink Floyd song in 2009 that he knew he wanted to learn to play guitar.

“I saved up my money and bought an $87 guitar because I heard the song ‘Wish You Were Here’ on the radio,” Austin Varner said. “I would just compulsively play guitar for hours every day, and I think that’s really why it took off so fast.”

Austin Varner said he was hired for his first paid performance when he was in the seventh grade. He was paid $100 to play the background music at a wedding rehearsal dinner.

According to Austin Varner, paid gigs became more frequent later when he moved to Jackson, Tennessee. He said he performs solo but is also part of a cover band back home.

Austin Varner’s sister, Kelsey Varner, said she is not quite sure how her brother ended up with the musical gene.

“Not a soul in our family is musical,” Senior Kelsey Varner said. “My dad played football, my mom cheered; they were into athletics and then they got a musical son, Blair (their brother) dances, and I cheer.”

Freshman Olivia Nutt said she first met Austin Varner at Summer Stampede. Through Instagram, she found out about his music and listened to his album.

Nutt, who shares a passion for music, then contacted him hoping to play together when they both arrived at Harding in the fall. Their first gig together was at Slader’s Alaskan Dumpling Co. on Friday, Sept. 29.

“I listened to his music on repeat to the point to where it was like the only thing in my head,” Nutt said. “I wanted to understand his story before I was singing it left and right.”

Austin Varner said he would like to pursue a full-time career in music, but he recognizes how difficult that can be.

Seeking a major in cognitive neuroscience, he is considering pursuing medical school or a career as a counselor.

“Reasons” can be found on iTunes and Spotify under the artist Jackie Austin.

In the Face of Chaos, Hold the Line