Home Sports Men’s Soccer Season is Back on Track 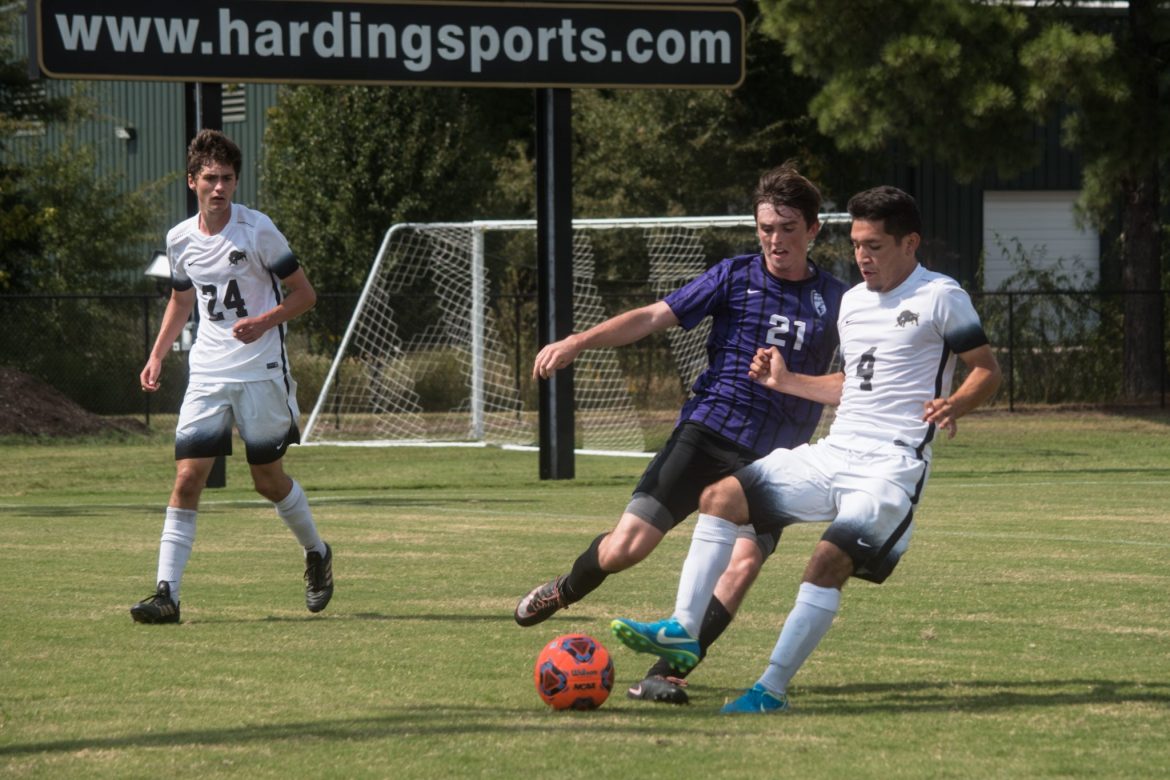 The men’s soccer team defeated Southwest Baptist 3-0 Saturday, Sept.16, at home. Head coach Joe Ireland said he thought the team played well and that the players will continue to improve as the season progress.

“The biggest thing we need to improve right now is our offensive unit,” Ireland said. “Trying to build better cohesion and understanding how to move off the ball better will be top priorities for us this week.”

Ireland said that this game provided the team confidence for the upcoming conference games.

“Our team applied high pressure against Southwest Baptist . . . The stats show clearly that we had 35 shots, while Southwest Baptist only had five the whole game,” Said midfielder Andre Cunha. “I think we are on the right way, the season just started, and I hope everything will go really well.”

Scoring three goals brought Harding to 1-3-2 on the season with Great American Conference (GAC) games. Southwest Baptist, a member of the MIAA, moved to 0-5-0.

“We have a huge conference game at home Thursday night at 7 p.m. against Southern Nazarene,” Ireland said. “This is always a very physical and tough game to play. We are excited to be playing at home and hope to get a great crowd out to support our team.”

Harding scored three goals during the last half. Defender Christian Ramos shot from left side inside the box; forward Braeden Grundy took a long looping pass; and defender Andre Cunha made a free kick from left, just outside the box.

“Our defender (Ramos) came to me after half time and asked me for a permission to score and he scored the first goal,” Ireland said.

According to Cunha, Harding was more prepared for this matchup.

“This game was important for our team,” midfielder Matheus Ribeiro said. “The only result we were expecting was to win. I feel we have a strong team this season, and with this game we have shown who we are.”

“We wanted this victory more. We wanted the crowd to be impressed by us and to come back the next game,” Cunha said. “I scored my third goal in the season in five games, which is great. It finished the game with one hundred percent confidence that we are a great team and great things will happen in this season.”

Players hope that Harding family keeps supporting them this year because it helps the team to do their best on the field.