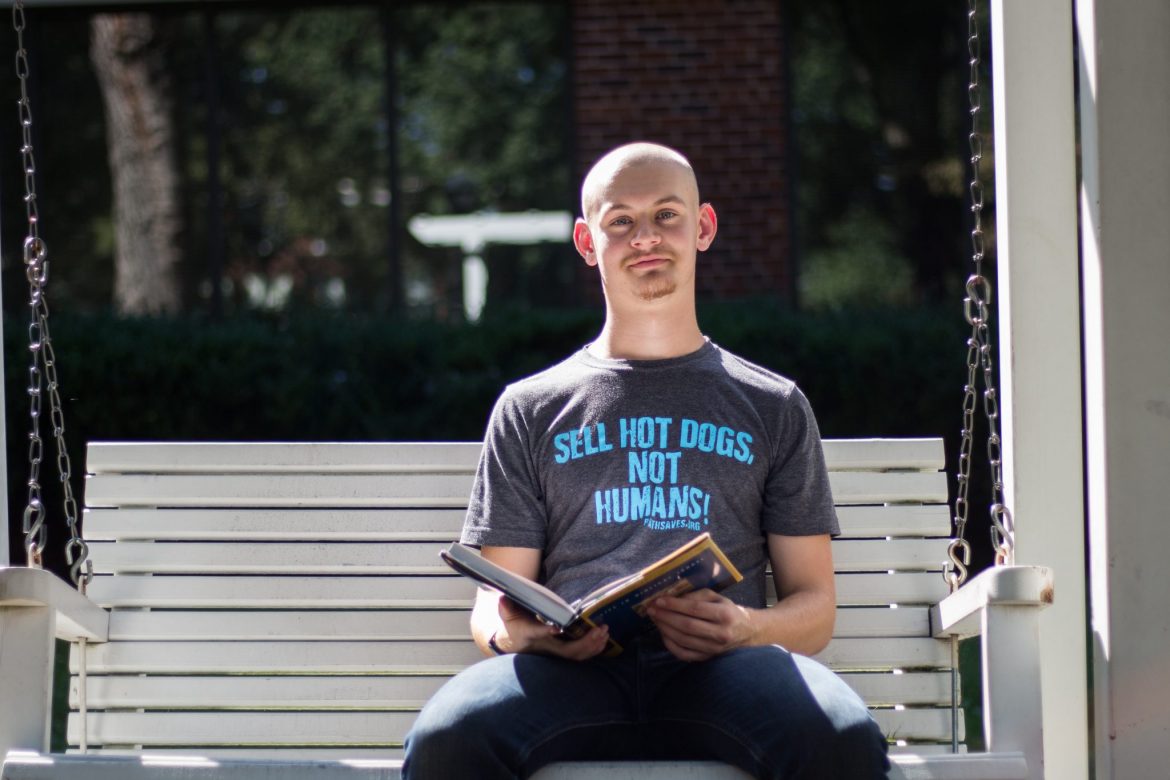 Senior Bible major from Searcy, Arkansas, Evan Pratt, will speak about the role the physical body plays in the process of sanctification Tuesday, September 26 at 4 p.m.

During this week, Lectureship brings people to Harding’s campus to hear speakers from many walks of life speak on many different topics. Amidst these scholarly speakers, there are a select few Harding students who have the opportunity to present a topic to their peers.

Pratt received an email in the spring informing him that he had been nominated to be a student lecturer for the 2017 Lectureship week. Pratt said he knew that it would be a lot of work, but recognized Lectureship as an opportunity to share his studies with not only his friends but also many of the staff and other visitors at Harding.

“I feel very humbled since there are a lot of very qualified people speaking at Lectureship, and I am just a 20-year-old undergraduate student,” Pratt said. “I am grateful and hopeful, knowing that God shapes me through all sorts of challenges and opportunities.”

Much of his lecture comes from the book of Romans, but Pratt said that Romans has many themes and it is easy to overlook some of them. Pratt said he noticed in many churches of Christ he attended, they all believed in the Holy Spirit, but did not quite know what it was or what it did. His hope is to educate about a topic that is sometimes brushed aside.

“A lot of Christian groups don’t have (a) good theology for the body,” Pratt said. “We talk about salvation as if it is this agnostic ideal of our bodies are horrible and will always be horrible; but we’ve got our spirit and our spirit is going to go up to heaven somewhere and we don’t need the body. But I think God created the body originally. The incarnation shows the value of the body.”

Pratt said his minor in psychology helped him come up with his theme of how sanctification effects the body. He said that he also hopes to connect this to neuropsychology to show how behaviors that are described as sinful can be seen in the neural networks of the brain and how that can change through sanctification.

The 94th annual Lectureship will take place Sept. 24-27 featuring topics from the book of Romans.