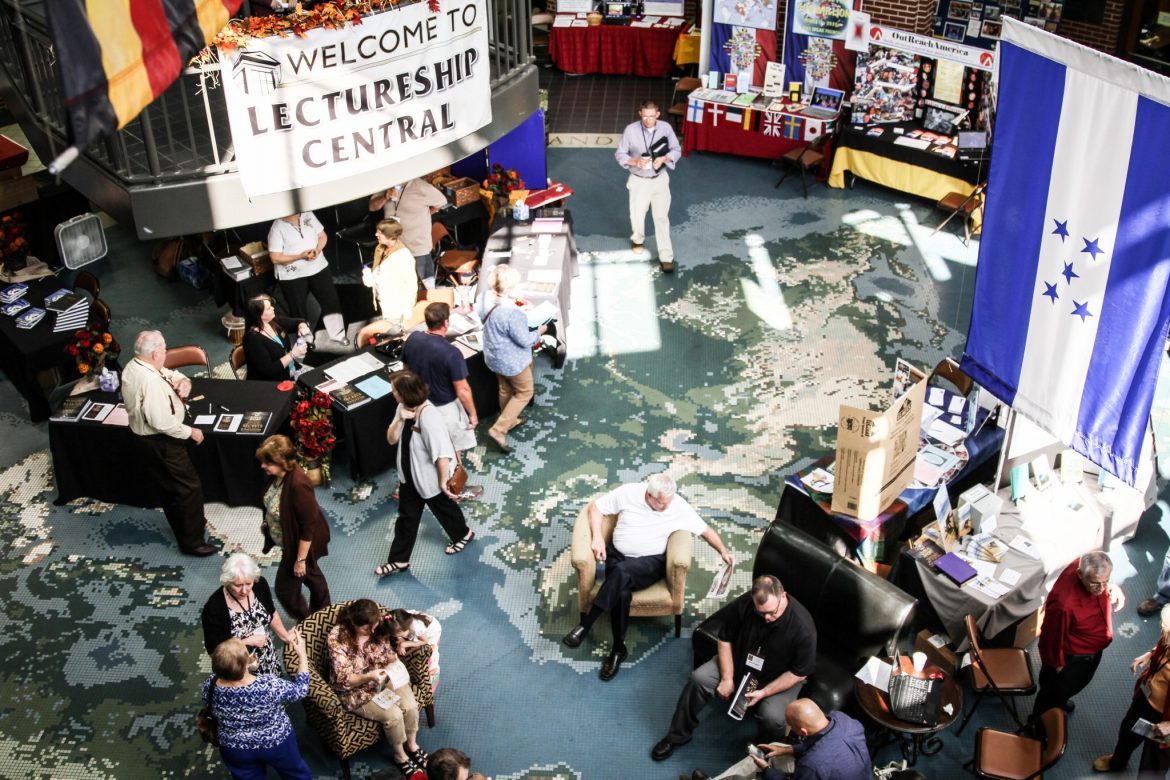 Since its founding in 1924, Harding has followed the tradition of many Christian colleges by hosting a series of panels and seminars known as Lectureship. This year the event will host almost 100 speakers from several different states, as well as three countries; Cuba, Switzerland and China. Lectureship will span three and a half days and will cover issues such as church leadership, dating and relationships within the Christian church, and Islam in America.

The theme for the 2017 Lectureship week is “Righteousness from God – The Revolutionary Message of Romans.”

“We start with the keynote addresses, which are built around the theme,” Dr. Dan Williams, Lectureship director said. “Once the topics for those presentations are set, we search for the individuals who seem best qualified to address that particular subject. Then we turn to the rest of the program and search for the very best speakers on the most timely topics … It’s the most diverse lineup since I’ve been here.”

According to Williams, this year’s Lectureship coincides with the 500th anniversary of the beginning of the Protestant Reformation.  This historic upheaval was greatly influenced by the book of Romans, and there will be lectures on the book’s role in this religious revolution.

The theme and speakers for each years’ lineup are carefully selected by a committee in the College of Bible and Ministry headed by event coordinator Teresa Castleman.

“There are two different strategies for deciding who is going to speak at Lectureship. First of all, we choose a theme for the lectureship, which is the book of Romans this year. We invite people who have expert experience or have done extensive scholarship in the areas of Romans to come and tackle the theme,” Castleman said. “But then, we also brainstorm with the committee what topics are of interest right now. That’s how the ‘predator and the pew’ topic came about, is because the committee said, ‘Okay, this is an ongoing problem. How can we help add to the conversation, offer some suggestions?’”

Castleman also spoke about a new panel on dating within the Christian church for students being implemented this year by Trey Morgan.

“(The panel) is not just for people who are engaged,” Castleman said. “This is about dating. This is about being single – that kind of thing. We are just marketing this for students.”

Senior Renee Dillinger’s family has been attending lectureship since 2012.

“My dad is a preacher and my grandpa and both my uncles are preachers as well,” Dillinger said. “It is kind of like a mini family reunion. They all come to Arkansas and see the lectureship … It is like a business trip for my dad.”

Dillinger said she is interested in many of the different speakers and topics, specifically the speaker on sexual assault within the church.

“I think that is a great idea to have (conversations about sexual assault) being brought to Harding because I think, while the Harding bubble is a good thing sometimes, it can also kind of hurt us because we don’t really know what’s going on, and we’re not prepared to deal with things like that,” Dillinger said. “Definitely having (discussions about social issues) still within the comfortable Christian environment is a good way to let students gently know what’s happening.”

Lectureship runs from Sept 24 to Sept 27, and the full schedule can be found at www.harding.edu/lectureship.