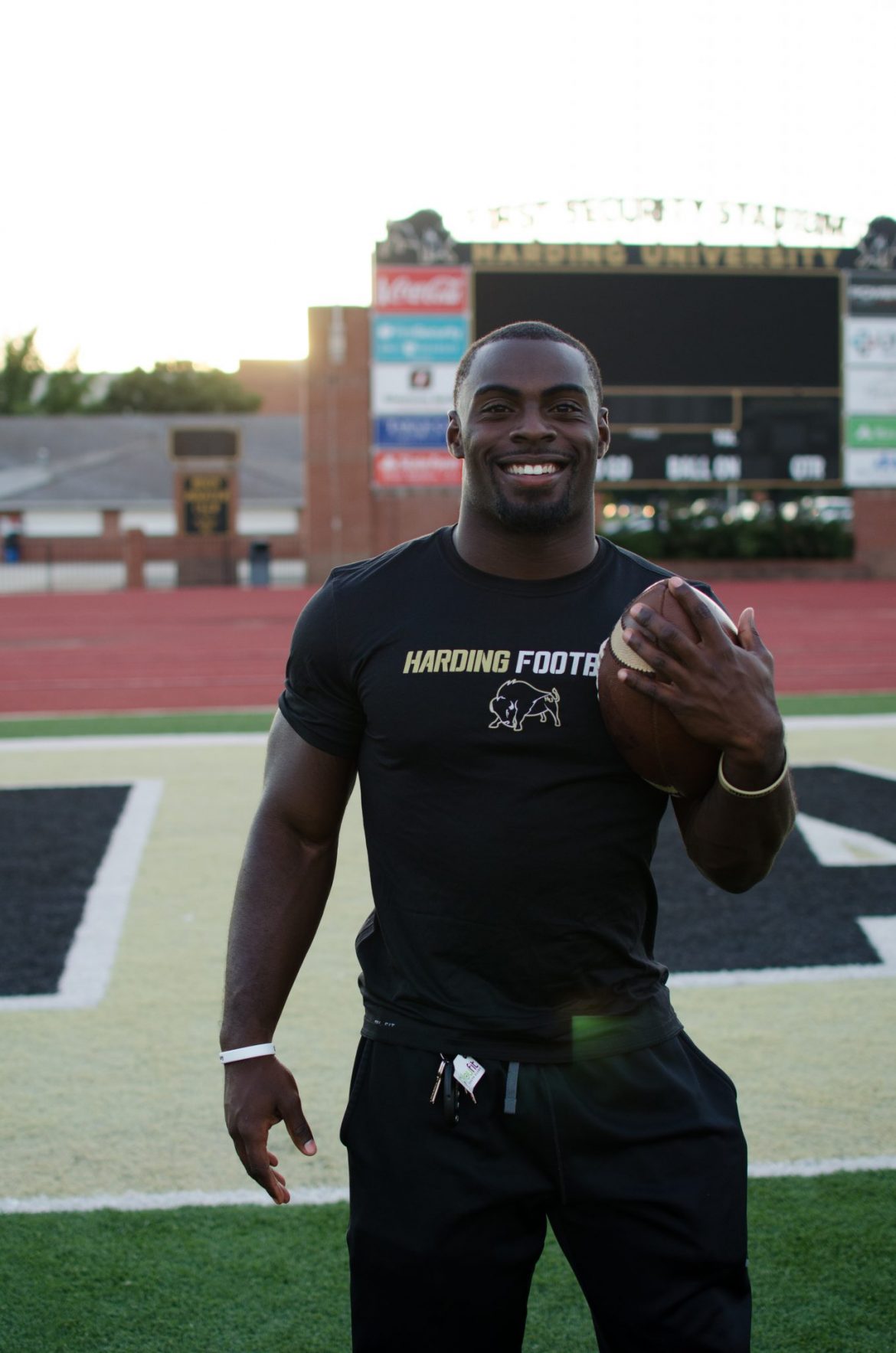 The football team find itself in an odd spot in the early stages of their season. The team heads into tomorrow’s matchup with Southern Nazarene at 0-2 and players hoping to clean up their play to return to winning form. With only 14 seniors on the roster, this could be a daunting task, but with the right leader, any good team could turn a 0-2 start around. The Bisons have just the right leader, and his name is Zach Shelley.

Shelley has all the right characteristics of a gifted player. Assistant head coach Matt Underwood said the running back is very special to the team.

“There’s a lot of things that make him special,” Underwood said. “He does everything the right way. He’s dependable and someone you can count on, and that’s huge in terms of trust for his teammates.”

Shelley is in his fifth season with the Bisons after redshirting his freshman year. His career includes 2014 GAC Freshman of the Year, 2015 All-GAC second team and 2016 All-GAC first team. With such awards, it was no surprise when Shelley was voted team captain his senior year. Underwood said Shelley has been leading in every way possible.

“He’s been very intentional about his leadership which is what we expected of him. He treats his teammates very well,” Underwood said. “We recently had a freshmen scrimmage and he was out there coaching those guys up. What better guy to learn from than Zach?”

While the coaches see Shelley’s effort to be a great teammate, others experience it firsthand. Junior running back Brandon Gates said Shelley has played a very important role in his college career.

“Zach’s a great friend, and he’s always there for you whenever you need him,” Gates said. “My freshman year, I was going through some hard times, and he was there for me even though he was busy playing.”

Shelley has experienced his own various changes since coming to Harding. Whether it be mentally, relationally, or physically, he said he could not have handled them alone.

“It was a culture shock when I made the transition from high school to college football and I struggled a little bit,” Shelley said. “(Head) coach (Paul) Simmons and Underwood are very good at making you feel part of the brotherhood. We live by ‘love thy neighbor as yourself, and that’s exactly what they did. I love them for that.”

One way the coaching staff makes the players feel a part of the brotherhood is by inviting the players into their homes. This environment creates a relaxing, away-from-the field kind of atmosphere where the players can enjoy each other and their coaches on a different level. Shelley said that has made a huge impact on his football career.

“Coach Underwood has us over every week and his wife makes us dinner while we play with his kids,” Shelley said. “The time spent there means a lot to me personally because I’m a family guy. I really want to raise my family the way he raises his.”

Shelley said he will miss the bonds and friendships he has made at Harding, but he believes the team will stay close post-graduation. Underwood said Shelley will leave his mark as being the complete package.

“He’s going to be remembered as a complete warrior,” Underwood said. “He’s everything we want our guys to be in toughness, accountability, work ethic and the way he treats his teammates.”

Shelley will graduate with a bachelor’s degree in Business Management this December. He is unsure where he will end up, but he said he plans to be a Bison for life, coming back to games and supporting the Bisons.

Volleyball Begins with Best Start Ever