Volleyball Begins with Best Start Ever 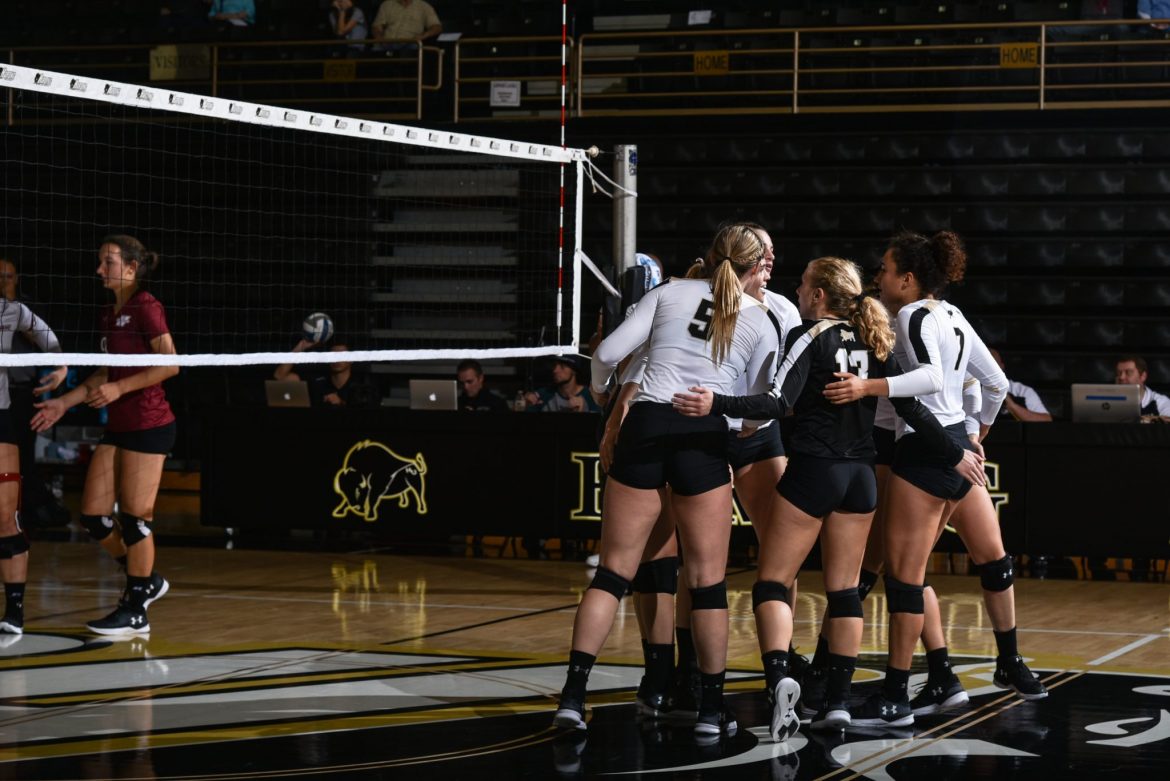 After this past weekend, the Lady Bisons defeated Henderson State University Tuesday night in Searcy, 3-0, and improved to 10-0.

Junior setter Rachel Heussner was named tournament MVP in Utah with nine kills, 36 assists and eight digs in the West Alabama match. In the Westminster match she had a double-double with 31 assists and 11 digs.

“I was very surprised to receive MVP,” Heussner said. “As a setter, I am dependent on my passers and hitters in order to succeed. This honor is really attributed to our diverse team skillset.”

The volleyball team was named the Great American Conference (GAC) volleyball preseason favorite at the start of this season. While keeping their record as undefeated, the team is staying humble and focusing on conquering the rest of the season, according to Heussner.

“Being undefeated feels great, but it is not all about wins at this part of the season,” Heussner said. “Right now, we are focusing on getting better while playing different competition in order to play our best volleyball at the end of the season.”

The players were able to overcome their tiredness from traveling and won. Junior middle blocker Zoe Hardin said she loves to travel with her teammates to different areas of the country.

“Traveling is one of my favorite things about volleyball, and it’s mainly due to my teammates,” Hardin said. “We spent many hours together — maybe too many — over a total of five days in Utah, but it was definitely a unique trip full of making memories.”

As the team continues to succeed, they are still looking to work together, to keep a steady energy and to continue improving. Heussner also talked about the success of the tournament.

“We stayed calm and finished at the end of games even if we were down or it was a point for point… this tournament was a success not only due to the wins,” Heussner said. “Every game that we play we are able to grow a little more and get more comfortable together,”

“We have so many different options and combinations we can put out on the floor,” Fear said. “We tried a few of those this weekend, and no matter who is on the court or who is on the bench, winning and losing is a full team effort.”

The Harding volleyball team will go on to play in the Arkansas Tech Tournament Friday, Sept. 15 and Saturday, Sept. 16 in Russellville, Arkansas, they will play No. 23 Washburn University, No. 15 Central Missouri University and St. Edwards University.