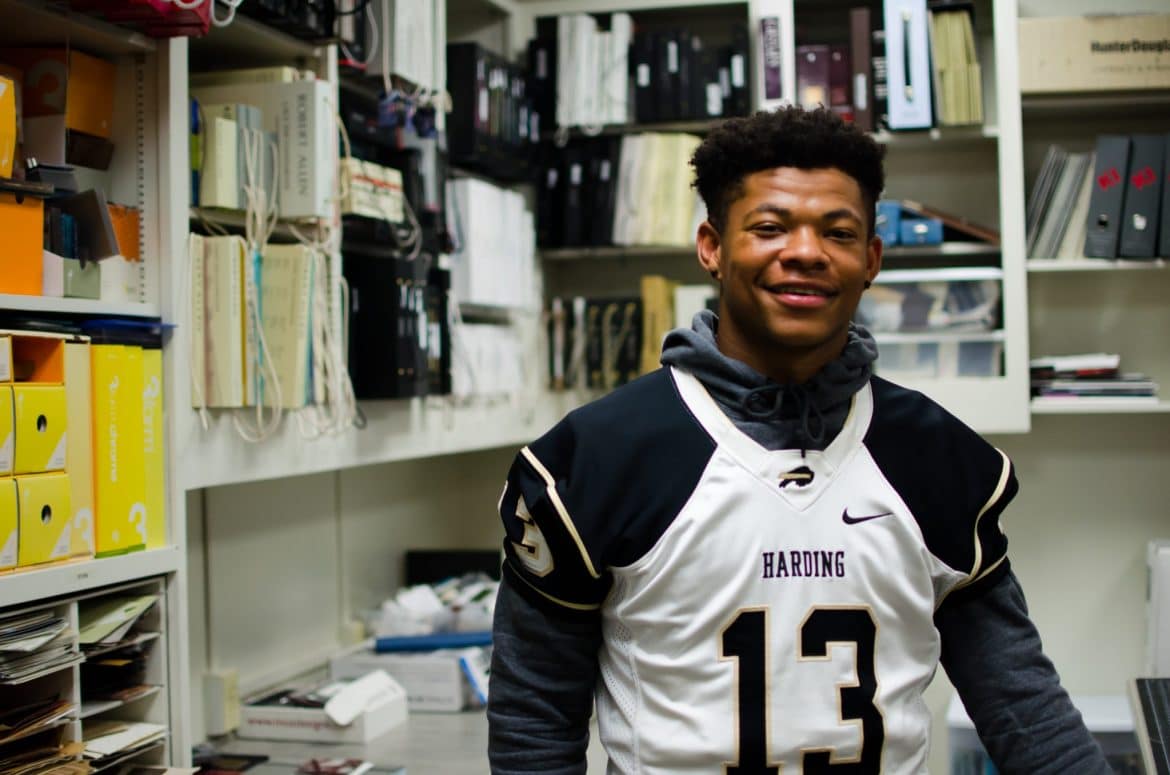 When most people hear about fashion merchandising as a major, they picture runways and expensive designers. What does not immediately come to mind, however, is football. But for freshman Kishawn Matthews (Keke) this is his normal. Matthews is a redshirted defensive back who is also a fashion merchandising major.

“I really enjoy working on clothes and just dressing nice, and (it’s) just something I fell in love with,” Matthews said. “It’s something I want to do, a job I want to do to have fun with.”

According to Matthews, he is part of a growing movement that combines the world of sports with fashion, something that people are starting to take note of, even without a fashion background.

“I think, actually, sports and fashion is becoming more of a thing,” senior wide reciever Lane Rodgers said. “There’s a lot of football players that will show up before games and the cameras will be on them because they’re really big athletes, and they will look very fashionable, not just in a suit.”

This concept of merging the two worlds opens new job opportunities for people like Matthews who are interested in both playing and styling sports.

“I want to be the one that designs the gear for football teams, and I also want to design my own clothes,” Matthews said, showing off his jeans that he distressed himself. “I think that maybe one day I can have my own brand of clothes.”

Professors are also taking notice of this growing trend of male fashion. Rebecca Boaz, a professor in the Family and Consumer Sciences Department, teaches fashion merchandising major classes including history of fashion.

“Throughout the years, men’s clothing, especially starting in the 1800s, was just pretty basic and boring,” Boaz said. “But now it’s more acceptable for a man to wear really cool colorful socks or fun shoes, and I think that it should be that way. They should be able to express themselves and their personality and what they wear just like women do.”

Boaz also spoke on the waning stigma against men caring about fashion, which used to be an anomaly.

Matthews also has the added pressure of balancing practices and games with the many projects required for fashion merchandising, but insists he will make time for both his major and football.

“I think I’ll do fine (balancing the two) because when you are passionate about something, you always make time for it,” Matthews said.