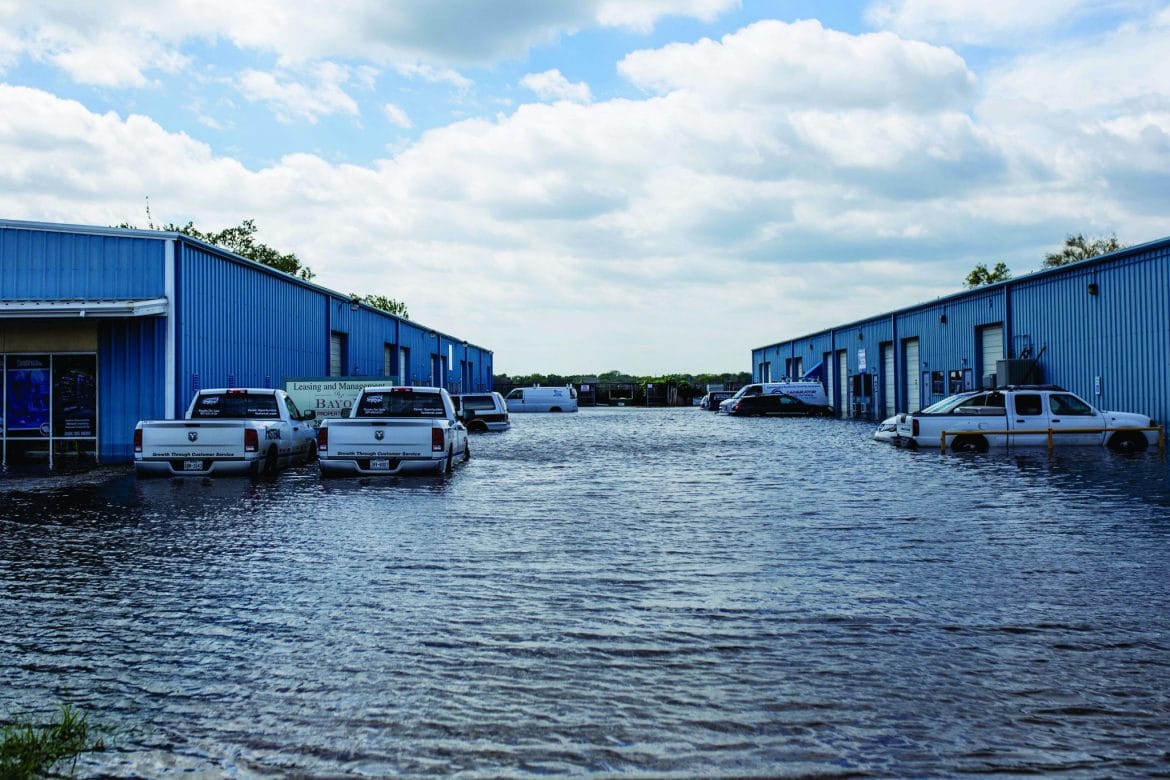 On Aug. 31, Texas Gov. Greg Abbott issued a proclamation for a national day of prayer, calling on Texans of different faiths and religious backgrounds to pray for the safety and deliverance of everyone affected by the massive damage caused by Harvey. A day later, President Trump extended that call to the nation.

On Friday, Sept. 1, a group of students led by senior Robert Stewart traveled to Houston, Texas, to meet with a local congregation and assist citizens affected by Harvey. They spent hours meeting with storm survivors and helping clear ruined carpet and furniture from homes.

“There is something –– there is a connection — between when we give to help somebody and give it over to God for him to use. That cleanses us. It makes a difference to other people,” Stewart said. “It’s not just about letting the gift be used; it’s something that we need to do, letting what we have be given. I think that God uses that.”

Junior Lauren Burcham traveled with the group. She said she was shocked at the extent of the damage and said the water was deeper than most swimming pools and often contaminated with sewage.

“Everyone needed help, and everyone was experiencing the same tragedy,” Burcham said. “Houses were ruined, and you could see the waterlines — it ruined everything it touched. You think about a river overflowing and that flooding your house … this is water and sewage that’s coming up into your home. Anything it touches, it ruins.”

According to ABC News, 60 people have been reported dead and over 42,000 people have been displaced in Texas alone, rising to 45,000 total with numbers from Louisiana. Most of the damage was a result of the record-breaking rains flooding streets, homes and entire schools.

“The waterline on the houses was taller than me,” Burcham said. “Standing at my height (5’6”), you think about flooding that’s going to come to your knees at the extreme. Looking up at the waterline blew me away. That’s when it hit me how tragic it was.”

Faith-based and governmental organizations have stepped in to provide refuge for those in need. The National Guard, the Coast Guard, police and other rescue agencies have coordinated the rescue of 16,000 people and 1,500 pets jeopardized by continuous flooding and dangerously high winds.

The Houston Chronicle reported that Texas also received help from the Mexican government who sent beds, cooking equipment, medical equipment and rescue personnel this week. According to Stewart, the people of Houston maintained a sense of hope and optimism.

“From what we were told from eyewitnesses that had been helping since the day of the hurricane landed, they said that people were just determined, focused and together,” Stewart said. “I think the communal aspect was what got them through the despair and the doubt.”

Burcham said she was surprised by the joy and hopefulness she encountered in those whose homes were destroyed. She experienced gratitude from the families they served.

“I was expecting to meet a lot of depressed people — a lot of sad people because their material possessions had been destroyed,” Burcham said. “They were all really thankful for what they still had and for everyone that was going down to clean up. There was a sense of peace from everyone that I met — a sense that it was going to be okay.”

According to Fortune Magazine, damages from the hurricane could add up to around $180 billion. Efforts are still being made to raise money and gather supplies. College Church of Christ’s Disaster Relief Ministry will be collecting gift cards, non-perishable food items, clothing, baby wipes and formula, and bottled water throughout the next few weeks. Church members are also coordinating a trip to Houston. Burcham said the experience changed her, and she encouraged students to get involved.

“Jesus was a doer; he didn’t wait around for the perfect time,” Burcham said. “Dropping everything to go changed me because I was reminded of Christ’s love and then was able to act it out for others.”