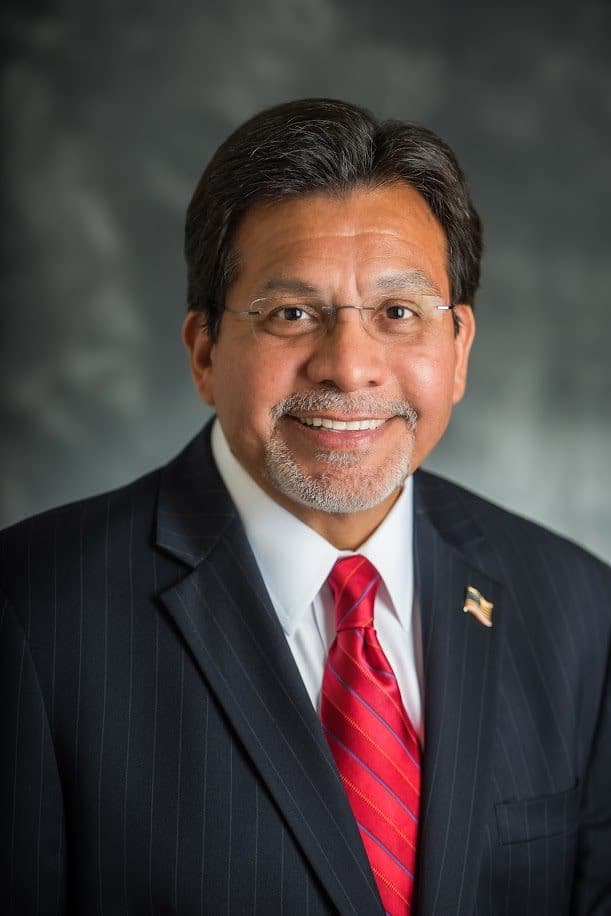 Flags of 115 nations decorate the Front Lawn once again this year in honor of the victims of the terrorist attacks on Sept. 11, 2001, although this time, they are set out a little early.

Tonight at 7:30 in the Benson Auditorium the Harding faculty and student body will have the opportunity to learn from one of those men. Hon. Alberto Gonzales served as the White House Counsel to President George W. Bush during the attacks.

According to his website, Gonzales earned his bachelor’s degree from Rice University and his Juris Doctor degree from Harvard Law School. He then practiced law and later held multiple political leadership positions such as Texas State Supreme Court Justice, White House Counsel, and attorney general of the United States. Currently, Gonzales is the dean of the Belmont University College of Law in Nashville, Tennessee.

Gonzales was invited to Harding’s campus to speak by Kim Kirkman, the associate executive director of the American Studies Institute (ASI). Kirkman’s interest in Gonzales as a guest speaker manifested when she heard about his life. Gonzales is currently the highest-ranking Latino American in the U.S. government to date, Kirkman said.

Junior Sarah Cole has been a student worker in the ASI office since the spring semester of her freshman year. Cole has been able to meet all of the speakers who have visited since starting her job. Although she is pursuing a medical career, Cole said that meeting the speakers and helping with preparations for the events has taught her valuable skills for her future.

For junior Perry Patton, a member of ROTC and an ASI distinguished scholar, ASI is all about learning how to be a better leader and being educated by men and women who already hold those kinds of positions. Some larger events that distinguished scholars are able to participate in are the National Leadership Forum, veterans’ breakfasts and selected dinners with guest speakers.

Patton said he believes in the importance of being politically aware as an American citizen and knows that all students on campus can learn from the ASI guest speakers.