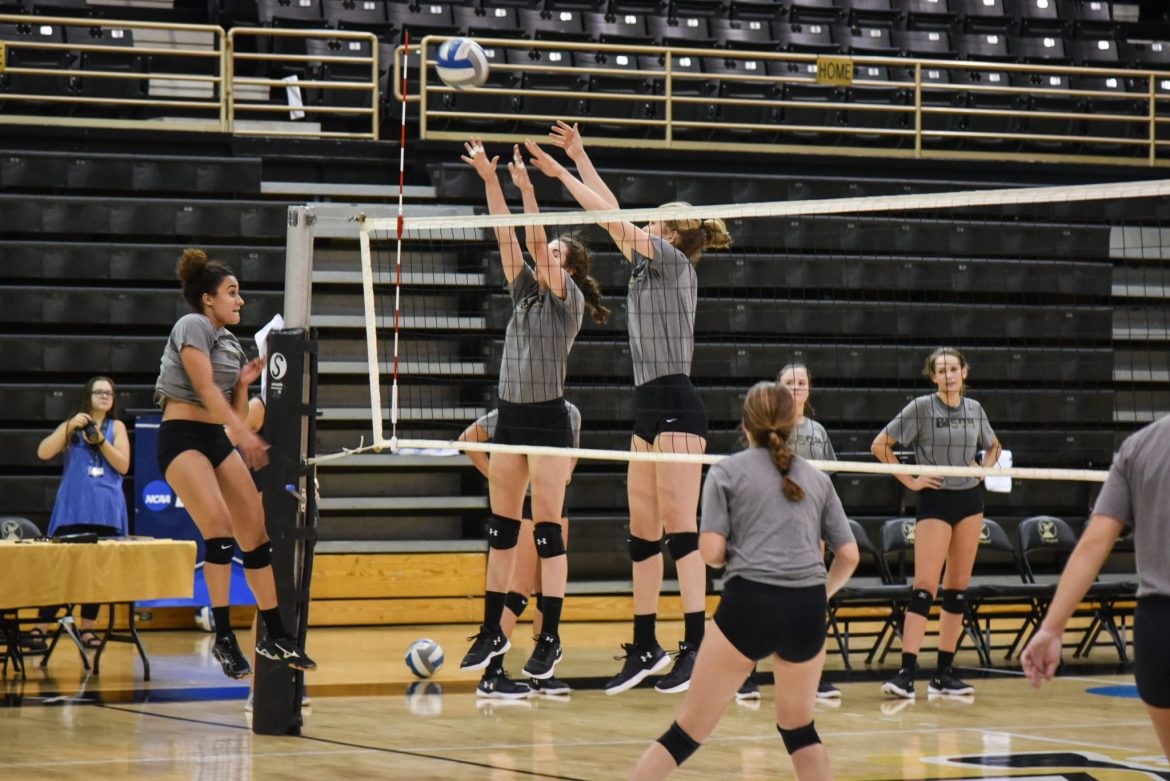 The Harding University women’s volleyball team was named the 2017 Great American Conference (GAC) preseason favorite. The Lady Bisons ended last season with a 21-8 record. They also finished with a 12-4 record in GAC play, winning the regular season tournament. Coming off a high from last season, the team is determined not to let this title get to their heads.

“We don’t want to go in over-confident, cocky, arrogant or anything like that,” head coach Meredith Fear said. “Just because you’re voted for preseason doesn’t mean anything if you can’t go and back it up,”

After winning the regular season tournament last year, it will be hard to want to share that honor with anyone else, according to Junior middle blocker Zoe Hardin

“I definitely think we have the potential to win, and what I’m mainly focused on is, after conference season, pushing through and getting a bid to the NCAA tournament,” Hardin said.

There are six incoming freshmen this season, and due to the large number of new players, the team as a whole has made an extra effort to create a strong dynamic.

“Their integration off the court, I feel, has been pretty seamless. A lot of times when you have a big group of freshmen they are nervous and scared, so it’s like a little group of freshmen and then everyone else,” Fear said. “They have done a really good job of just jumping in with both feet.”

As the junior class becomes upperclassmen, there is a new sense of leadership and responsibility.

“When you have a big class like that and you’re reliant on them, you hopefully see progression every year through their four years. Fear said. “So hopefully we will see some of their hard work through the first two years come to fruition,” “And then starting all over again with this new group of freshmen. It’s a good balance of experience and some newness at the same time.”

The team is eager to start their season and continue to work hard and improve their skills.

“Now my class and the seniors have a responsibility to take care of them and show them how we do things not necessarily tell them, but show them on and off the court,” Hardin said.

Freshman Lindi Perkins is looking forward to getting to know the women better.

“All of the upperclassmen have really made known to the freshmen that they have all been through this transitional phase, and if we need anything to just let them know,” Perkins said.

“I’m excited to play with this new group. We have been scrimmaging and practicing, but it’s kind of a different dynamic than we had last year and even my freshman year, so it is going to be fun to see who steps up and what roles are filled,” Hardin said.

The first conference home game is Sept. 12 against Henderson State University at 6 pm.

Looking to defend the championship: Bisons’ brotherhood sets them apart from other conference teams