Home Sports Looking to defend the championship: Bisons’ brotherhood sets them apart from other conference teams

Looking to defend the championship: Bisons’ brotherhood sets them apart from other conference teams 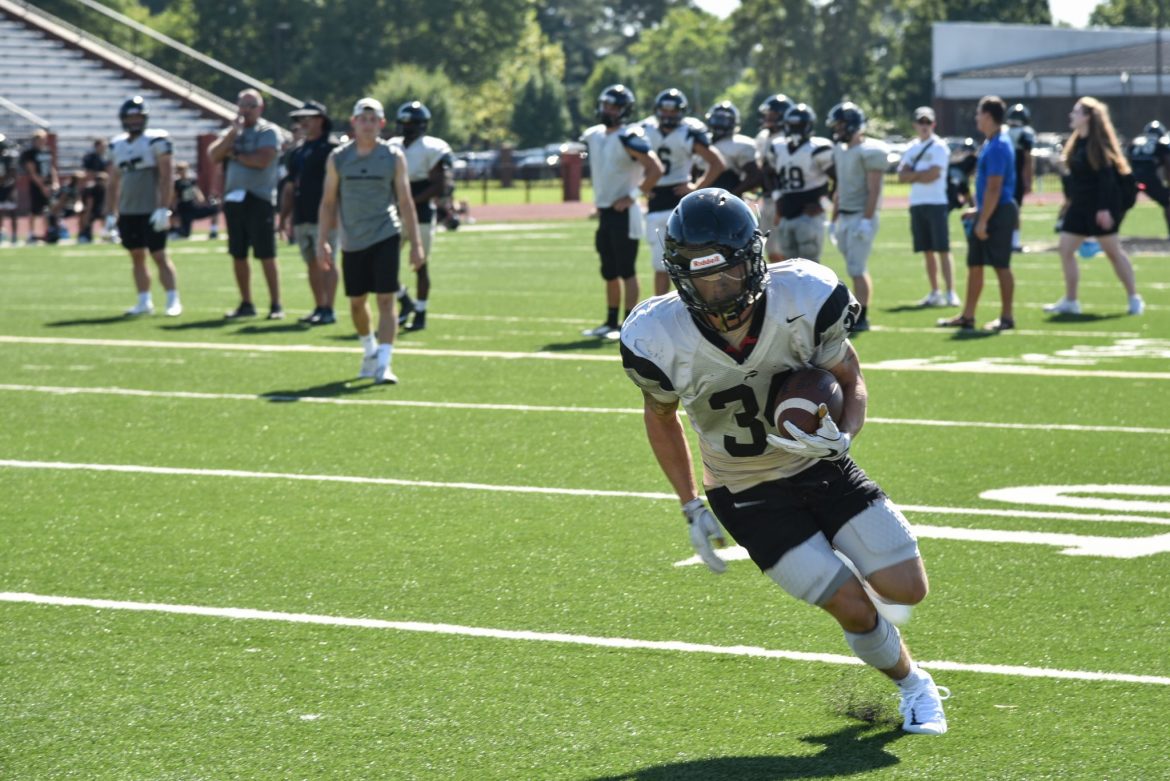 The Bisons football team has a legacy stretching back to 1924. Last year, Harding had its best record to date (13-1, 11-0 in the regular season), only losing one game to the eventual Division II champions, Northwest Missouri State. The Bisons keep pushing forward with such a legacy behind them.

To start out this season, the Bisons are ranked second in the Great American Conference (GAC) behind Southern Arkansas. They rank No. 15 nationally, while Southern Arkansas is ranked No. 22. No other GAC schools are in the top 25 of the American Football Coaches Association Division II Coaches’ preseason poll.

With a new head coach, Paul Simmons, this year, the Bison nation has a lot of hope and excitement. Simmons was assistant coach for 11 years before taking over the position that Ronnie Huckeba held for 11 years.

“We really don’t talk about wins and losses; we talk about our goals of how close we can get to our potential and that we exhaust every bit of talent that God gave us,” Simmons said. “We don’t focus on polls but rather how to make sure that we are the very best version of what we can be.”

Along with being an experienced coach, Simmons was an accomplished player in 1993, earning one of the four All-American awards that year. The 2016 season was the second year in Bisons football history to that saw four All Americans, and the only time the team had a perfect record to end the regular season.

With the loss of last year’s senior quarterback, Park Parish, amongst other key figures, the Bisons still have to practice each day with intensity. Despite these losses, the program still has a number of strong seniors and upperclassmen.

“This year, we have a lot of guys who haven’t played, and they’re talented guys who have waited their turn behind the class that just graduated, and I’m certainly excited about that,” Simmons said. “The seniors have been dynamite; They have won so many games for us, and we want to send them out on top.”

Senior leaders such as running back Grant Kimberlin and offensive tackle Gavin De Los Santos contribute, on and off the field, to the success of the team. This year’s team has several standout seniors who have helped lead the team to success in previous years as well.

“The energy at practice and being vocal at practice are two big factors in leadership this year,” Kimberlin said. “Getting guys to step up and guys who haven’t had as much experience to step up, will continue to help us this season.”

“This year it is more motivating because I do have that hype around me now; I have people expecting things out of me,” De Los Santos said. “The biggest thing is I want to deliver for them and not just have that hype.”

De Los Santos has played in 33 games with 24 starts so far in his Harding career and also earned All-America honors from Don Hansen. De Los Santos helped lead Harding to be the top rushing offense in Division II.

“On a more spiritual level, we want to win more guys to Christ,” De Los Santos said. “We want guys to be men of God, that’s more important than winning even.”

The seniors on the team say Harding’s program is a standout program, because of “the brotherhood.” The brotherhood is all about having each other’s back, on and off the field, and being able to rely on each other.

“The brotherhood is the solid foundation of Harding football,” Kimberlin said. “If we can always rely on each other we can really conquer any obstacle.” The Bisons’ next game is Sept. 9, at 6 p.m. in Magnolia, Arkansas, against Southern Arkansas.