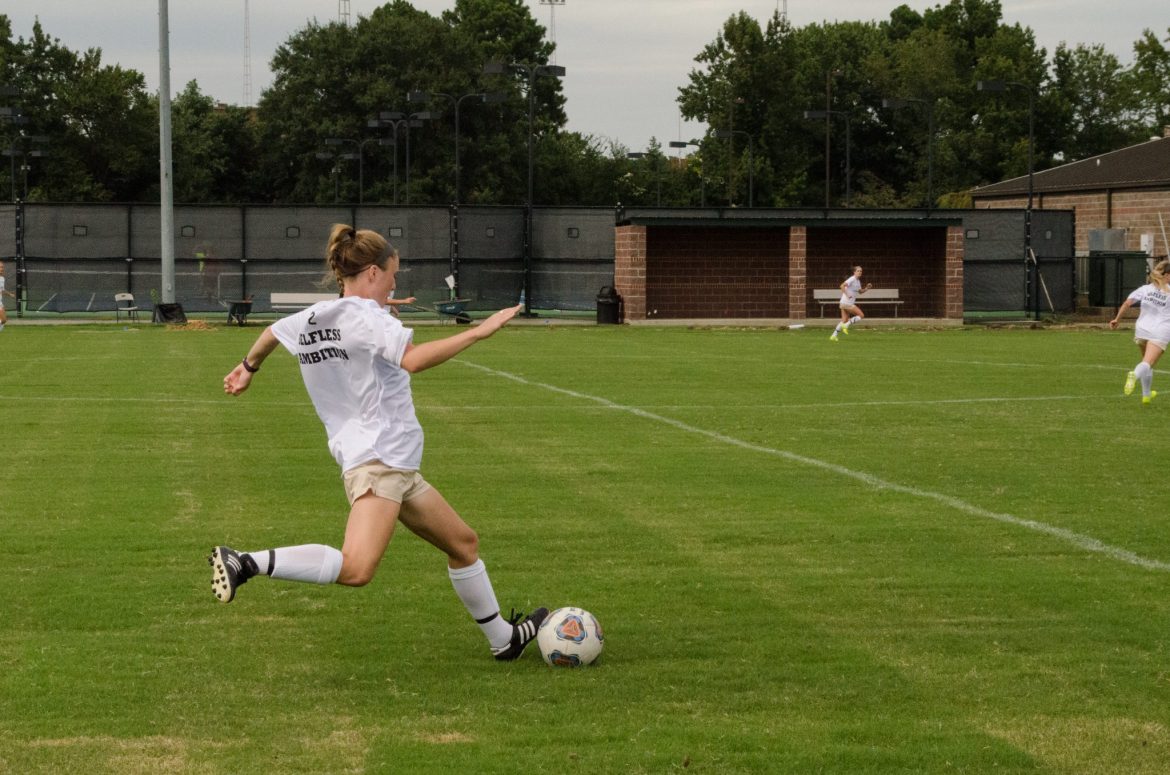 The women’s soccer team is preparing for their new season, which officially begins on Friday, Sept. 1, with an away game against Emporia State University, in Saint Joseph, Missouri.

After winning the Great American Conference (GAC) the past two years, head coach Greg Harris and his team have set the goal to win more games in the NCAA tournament than they have in the past few seasons.

“We want to go further, but we have to focus on getting better today,” Harris said. “That’s all our team is doing, with more consistent energy and the level in which we practice and play.”

Senior midfielder and team captain Emma Chilton is doing her part this season to lead the team to achieving their goal. After experiencing a bit of disconnect last season, the team had to work hard to regain the bond they had created. Chilton said they are hoping to avoid that this season by functioning more as a family.

“We’ve been really focusing on family orientation,” Chilton said. “Everyone’s really loving each other and getting to know each other more on a personal level outside of soccer.”

Chilton knows that understanding each other outside of the game will help the team play to each other’s strengths. This would make for a more comfortable playing atmosphere for the entire team.

A graduate of Lipscomb Academy in Nashville, Tennessee, Grogan’s attraction to Harding’s soccer program started when she met Harris at a club soccer event. It later peaked when she met the women on the team. With the recent success of the team, Grogan feels optimistic about the possibilities for this season.

“I think it’s really exciting to step into a program that has had so much success in the past two years,” Grogan said. “There is some pressure because we know what we’re capable of, but we want to keep building and keep succeeding.”

Harris said that competeing against a strong Emporia State team will be beneficial to the Lady Bisons starting the season.

With the consistent loss of past seniors and the addition of freshmen and transfer players, the dynamic of the team changes each season. Harris said scrimmaging during preseason is showing them the best way to utilize these new puzzle pieces.

“I’m still figuring this team out,” Harris said. “We know what we want to do but we still have a lot of work. That’s why we all come here every day.”

The Lady Bisons start the season with six non-conference matchups before their first conference game on Sept. 21 vs Southern Nazerene at home. The Eagles finished 4-12-2 last season.