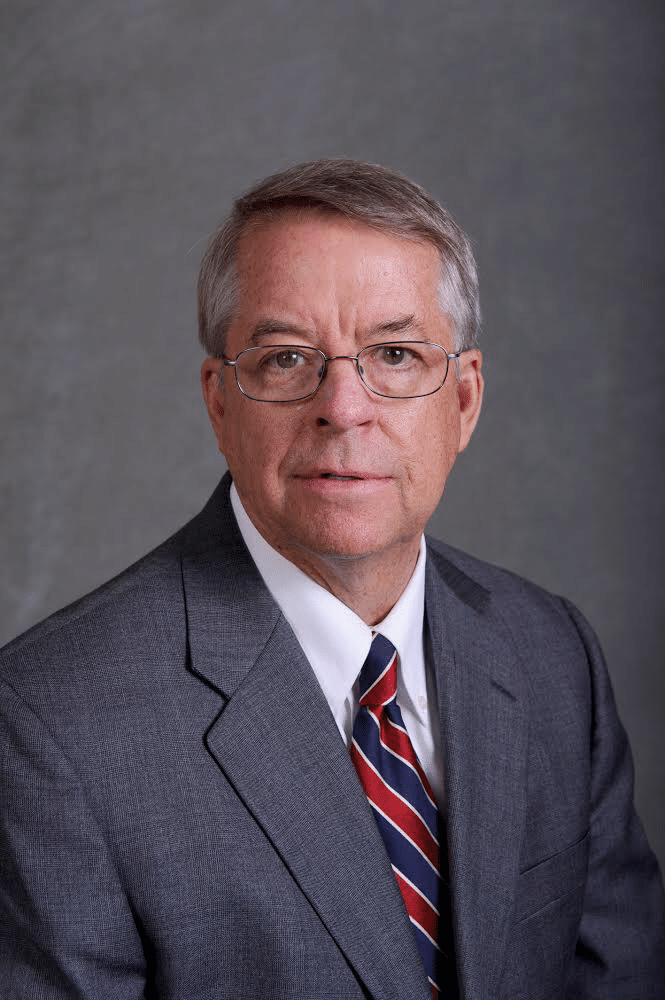 He created new sports teams, hired winning coaches and organized renovations for athletic facilities. After 31 years at Harding and 21 years as athletic director, Greg Harnden announced his plans to retire after the 2017-18 school year during a coaches’ meeting on Monday, Aug. 21.

Before Harnden was the athletic director, he served as the head women’s basketball coach for eight years. He finished with a coaching record of 153-91 and led the Lady Bisons to the National Association of Intercollegiate Athletics (NAIA) tournament in 1995-96 and 1996-97 seasons.

After approximately 10 years as athletic director, Harnden was inducted into the Harding Athletics Hall of Fame in 2006.

“It was a great honor,” Harnden said. “When you look at the pictures and the names on the wall in the Rhodes, it’s humbling but also exciting to be a part of that group.”

As athletic director, Harnden said he is most proud of the coaching changes he has made and facility improvements over the years.

“I’ve hired every head and assistant coach on our staff, except for Coach Morgan,” Harnden said. “Also, the improvements we made in our facilities have given our student athletes greater opportunity to have success.”

Harnden helped orchestrate the renovations to the Rhodes-Reaves Field House, First Security Stadium and Jerry Moore Field. Along with leading renovations, Harnden added women’s soccer, men’s soccer, women’s golf and softball to Harding Athletics. He also assisted in Harding’s move from the NAIA to the NCAA along with the transition from the Gulf South Conference to the Great American Conference.

Men’s Basketball Head Coach Jeff Morgan said Harnden has been a valuable component to Harding Athletics and its employees.

“He’s been a great friend and mentor to us coaches and our families,” Morgan said. “He’s walked through some really hard times with all of us, panning from the death of a parent to something with our children. He’s really been a shepherd to us.”

Harnden and Morgan met when Morgan became the men’s basketball coach 25 years ago.

“When I first got here as the men’s head coach, he was women’s head coach so we became great friends,” Morgan said. “We played doubleheaders so sometimes we’d stay in the office until 1 or 2 in the morning talking about our games.”

Morgan credited the strong friendship to seeing Harnden as an “older brother” to him when he first began coaching, and became emotional when he discussed how important Harnden was to him when his mother passed away.

“When my mom died in 2000, he was right there, present when we had to make some real hard decisions,” Morgan said. “He’s always been there for us coaches. I think we can all give stories like that.”

Along with being close with the coaches, Harnden also formed relationships with athletes. Assistant Athletic Director Brenda Seawel said Harnden clearly wanted to know his players on a deeper level.

“He’s made it very evident to me that the student athletes are his first concern and that shows with the way he interacts with them,” Seawel said. “He wants to know them both in their sport and on a personal level.”

Though he looks forward to retirement, Harnden said he enjoyed watching athletes grow at Harding, and it is a part of his life he will never forget.

(Harding is) a special place. … When you’re a faculty member or staff member and you’re here for that long, we talk about changing lives,” Harnden said. “There’s no doubt you get to witness that, maybe not every day but every year, and those years add up.”