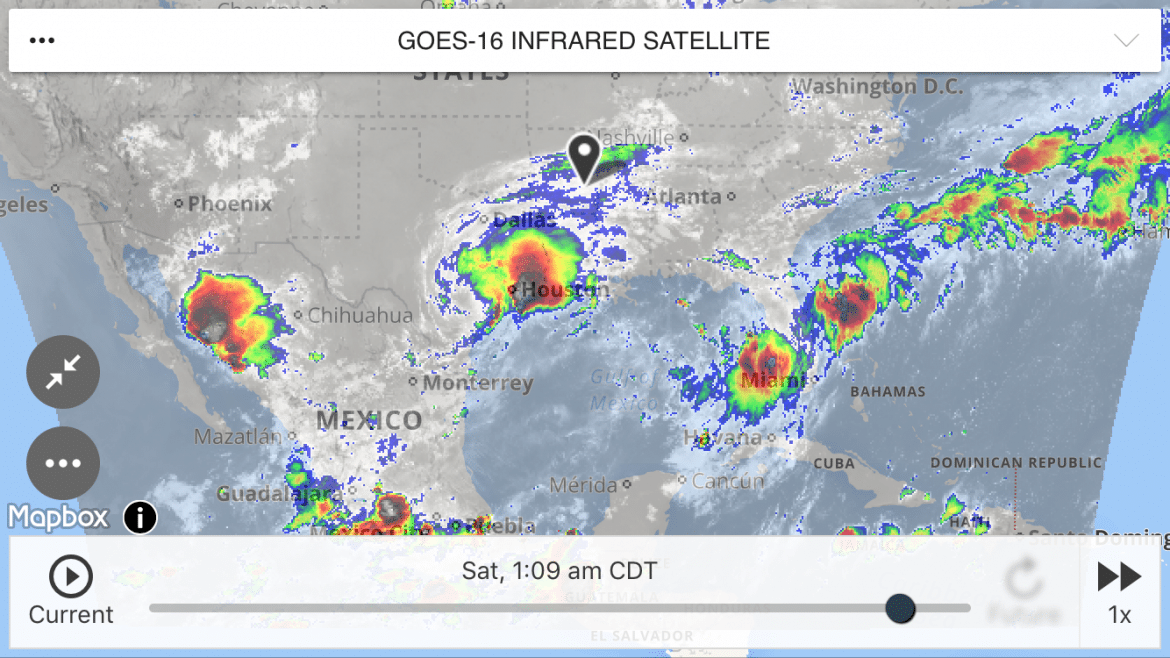 Harvey, now a tropical storm, broke land as a Category 4 hurricane near the coast in Rockport, Texas, at approximately 10 p.m. Friday, Aug. 25 with winds of approximately 130 mph. It is the most powerful storm to hit the U.S. in a decade since Hurricane Charley in 2004 and has led to widespread devastation, according to CNN.

On Friday, the National Hurricane Center (NHC) issued a storm surge warning and an advisory for evacuation for the eastern Texas coast. More than 1,000 people have been rescued from mass flooding, CNN reported on Sunday, Aug. 27. Senior Dylan Stirrup, a Texas resident, said flooding is his main concern for his hometown.

“I’m not completely sure how (my family and friends) prepared for Harvey, but I know Houston, being so flat, tends to flood easily,” Stirrup said. “Historically in Houston, traffic with people fleeing storms has been some of the worst. About 12 years ago during Hurricane Rita, there were about 100 deaths related to traffic accidents and dehydration.”

Stirrup said some of his family and friends who live near the coast have evacuated. They used back roads to drive to Arkansas to avoid traffic from other evacuees.

“My family lives in the Houston area and are waiting the storm out hoping it won’t get too bad where they are at,” Stirrup said. “They are still getting heavy rain and are projected to get more than a foot of rain over a few days. Schools are closed, and grocery essentials are picked over and stocked up in homes.”

Sophomore Emma Esslinger a resident of Portland, Texas, said her family evacuated their home and found shelter in McAllen, Texas.

“I haven’t really experienced a hurricane like this before,” Esslinger said. “I was definitely nervous for my family … I knew that they were safe in McAllen, but I was still worried that something would happen to the house.”

Esslinger has been in constant contact with her family. She said that her family’s home has acquired superficial damage.

“I was relieved to see that the house was fine,” Esslinger said. “Especially since the brunt of the hurricane hit Rockport, which is only 20 to 30 minutes away from where I live.”

According to CNN, Hurricane Harvey could cause as much as 30 to 40 inches of rain, depending on the area, by Wednesday. Torrential rains will continue this week, and potential tornadoes and severe thunderstorms will reach as far as central Missouri. For advisories and updates on Hurricane Harvey, visit nhc.noaa.gov.