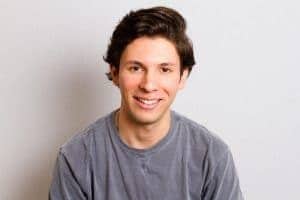 My vantage point for “Spring Sing: Curtain Up!” was not a great one. In fact, I never saw the show from the front. The only vocals I heard were the echoes of voices bouncing off the Benson walls.

I was a backstage “techie,” and my job was not glamorous. The only admittedly fun part was shooting rainbow confetti with a specialized confetti gun from the catwalk during the finale. But other than that, I helped sweep the stage of nails and other hazards. I held the door open as the club shows entered and exited. I provided light for the ensemble performers as they blindly assumed their places in the blackness. And at the end of every show, my colleagues and I scoured the seats for abandoned programs, ticket stubs, candy wrappers and other treasures (my cumulative booty consisted of an unopened pink Starburst candy, a size XS woman’s sweatshirt and an entire bottle of Acetaminophen).

Earlier this year, I also served as a “techie” for the Homecoming musical. Specifically, I was hired as a dresser for the leading man, who had more costumes than Neil Patrick Harris hosting the Oscars. Every night, I tied his ties, buttoned his shirts and arranged his shoes in such a way to accommodate a 30 second quick change.

This was my senior year. My last Homecoming. My last Spring Sing. It was supposed to be my time to shine. It’s safe to say I did not expect to be contributing by pulling up someone else’s pants and picking up trash.

All this to say: you might be surprised to hear that, in retrospect, I would not trade my experiences this year for any substitute role.

Last Saturday evening, we finished cleaning the Benson around midnight. Seth Fish, assistant technical director and my boss, gathered us on stage for one final debriefing. After forcing us to participate in a cinnamon roll group hug (don’t ask), he gently told us all to shut up and listen for a second.

There are also those who make sure people don’t trip backstage.

This was my senior year, and this year, I was blessed to be able to help my friends shine. So shut up and listen for a second: there is more than one way to make a difference in something as big as Homecoming or Spring Sing. Directors, producers, performers — you all did a spectacular job. It was an incredible year.

Just don’t forget about the minority dozen who changed people’s clothes and picked up trash. This was their moment, too.