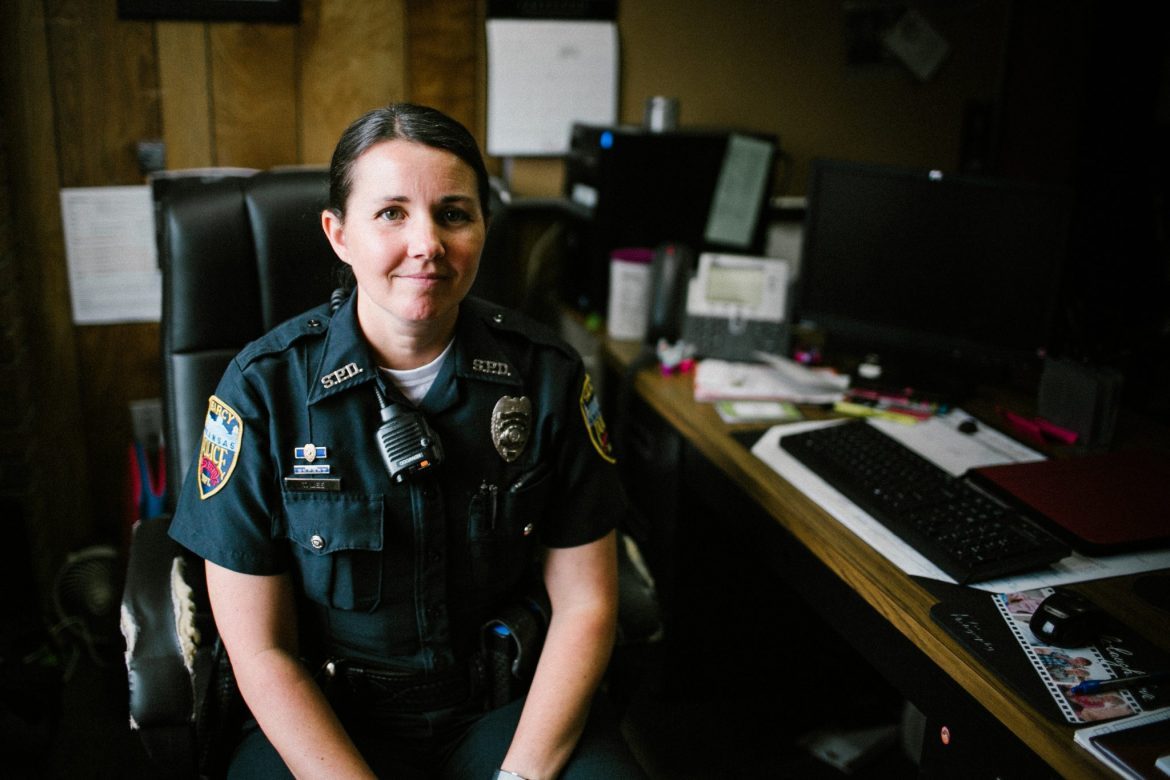 Alumna Terri Lee, public information officer for the Searcy Police Department, avoids mid-day shopping and dining out at restaurants. She does not easily trust others and is anxious about encountering someone in public whom she has arrested.

Lee was one of the officers involved in the case of missing 2-year-old Malik Drummond from 2014-15, which was one of the most emotionally and mentally trying cases the department has experienced as a whole. However, routine tasks like traffic stops and house calls form the high-alert lifestyle of law enforcement officials.

“(Because) we work in such a small town, (our job) affects our personal life,” Lee said. “You don’t know (when you see someone) if it’s from when you saw them at the school, when you arrested them two weeks ago,(or if) their husband got arrested (and) they are angry at you, so you still have to keep your guard up even when you are not on duty.”

Lee has served as a patrol officer, detective and public information officer for the SPD. She said many officers are weary of trusting others.

“In this job, we are so used to dealing with people that are doing bad that we can get to thinking everybody is doing bad,” Lee said. “When somebody asks you a question at church, at school, or at Wal-Mart, your spine stiffens, and you think, ‘What is the angle? What are they wanting from me? What are they asking of me?’ instead of just answering the question.”

Despite a sense of insecurity and fear, Lee said she enjoys working at a job with unpredictable schedules. She said an officer is required to constantly be on alert, with adrenaline continually flowing. However, returning home after work can leave one feeling bored or uneasy when the intensity level crashes.

Little Rock psychologist Debbie Wright has counseled law enforcement officers during her practice. She said officers are often discouraged to seek psychological support from psychologists to maintain their rough persona.

The effects of stress and trauma are different per officer, some cope in healthy manners, others develop unhealthy coping mechanisms, like repression, isolation, emotional callusing, substance abuse and crass humor. Many SPD officers rely on a sense of faith and humor.

“We have that dark sense of humor that people don’t get,” Lee said. “It helps you get through on a scene with body parts lying everywhere, and if you don’t make a little light of it, you break down.”

The police station is decorated with inspirational posters and cards made by local school children. According to Lee, the community and prominence of Christianity in Searcy encourages officers and prompt   s a sense of faith, which helps officers to manage emotions and mental processes.

“In our department, it is highly encouraged to have a system of faith, which makes a big difference as far as why bad things happen,” Lee said. “You have to have some way to process, ‘This is why this horrible thing happened to this completely innocent child,’ and you have to have something to fall back on or it can get very depressing.”

In addition to her faith, Lee said she often talks with a friend who is a firefighter in Little Rock. She said having friends who relate her experiences gives her a better sense of community.

“When I go home and have a bad day, and I want to talk to my friends, their bad day is that they might have gotten a paper cut or their kid threw up at school,” Lee said. “Well, my bad day might have been a kid dying, and I had to go to the autopsy. You end up migrating toward the people who might have the same profession. I think it is good to have someone either here at the department, where you work, or a friend who can kind of understand what you’re going through.”

This is the second installment of the “Behind the Blue” series. The third and final installment can be found here.