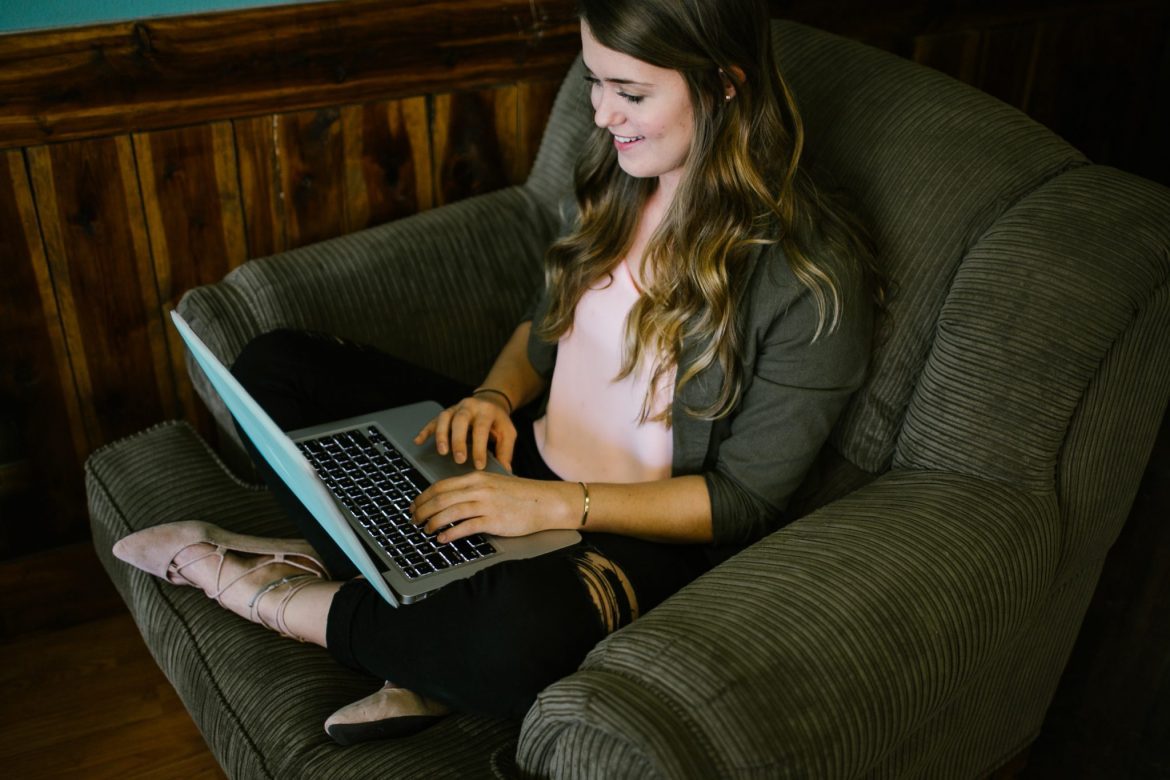 When senior Taylor O’Dell graduated from her small-town high school in Hughes Springs, Texas, she did not anticipate exploring further art beyond doodles on class notes and high school programs designed with Microsoft Word. Now, O’Dell is a freelance graphic designer and works for Mr. Postman Coffee and the Mitchell Center.

O’Dell graduated from Tyler Junior College with an associate’s degree in graphic design. She was engaged and served as a graphic design intern for a top environmental engineering company in Louisiana that offered a full-time job, but her life did not feel satisfying. O’Dell broke her engagement, declined the job offer and moved home.

I felt that I was missing out on something,” O’Dell said. “It was really a God thing because I never thought that I would end up here … It’s cool to look back in the moment when I didn’t think I would make it through and now – it’s so cool. You always work through the bad things and you can make good out of it.”

Upon returning home, O’Dell began working at a local coffee shop. A coworker encouraged her to consider continue her education at Harding. Though she had heard of Harding before, O’Dell never considered attending. This time she talked with an adviser and took her coworker’s advice.

O’Dell is now a advertising major expecting to graduate in December. She said she has learned about herself and grown spiritually,

“(Harding) has definitely humbled me and made me a better person because when I first came here I remember I was so self-centered,” O’Dell said.  “It just made me realize that everyone is just a human trying to get to heaven and we are all just people that need help in life. I am more vulnerable here, I am more open, I am more me. I found who I am as a person.”

Before earning her associate’s, O’Dell said she was weary of the kind of future a career in graphic design would hold. She said people would question the idealness of the degree …

“I really just like to expand my mind and see what it is capable of,” O’Dell said. “I like being free to do what you want, and using your imagination just to be creative, putting into view what people (want), once you get to put it all together and see their reaction, that’s really cool.”

During her time at Harding, O’Dell has designed apparel, logos, programs and invitations for Uplift, Bisons for Christ, women’s social club Delta Gamma Rho and several individuals. She has created graphics for HU16 and rebrand Mr. Postman Coffee.

“My main goal is making the world a better place,” O’Dell said. “I don’t care how that is, whether to encourage people to become Christians, but also through my designs, I don’t know how that’s going to happen but I’m really … about that. My slogan, if you will, is design happiness.”