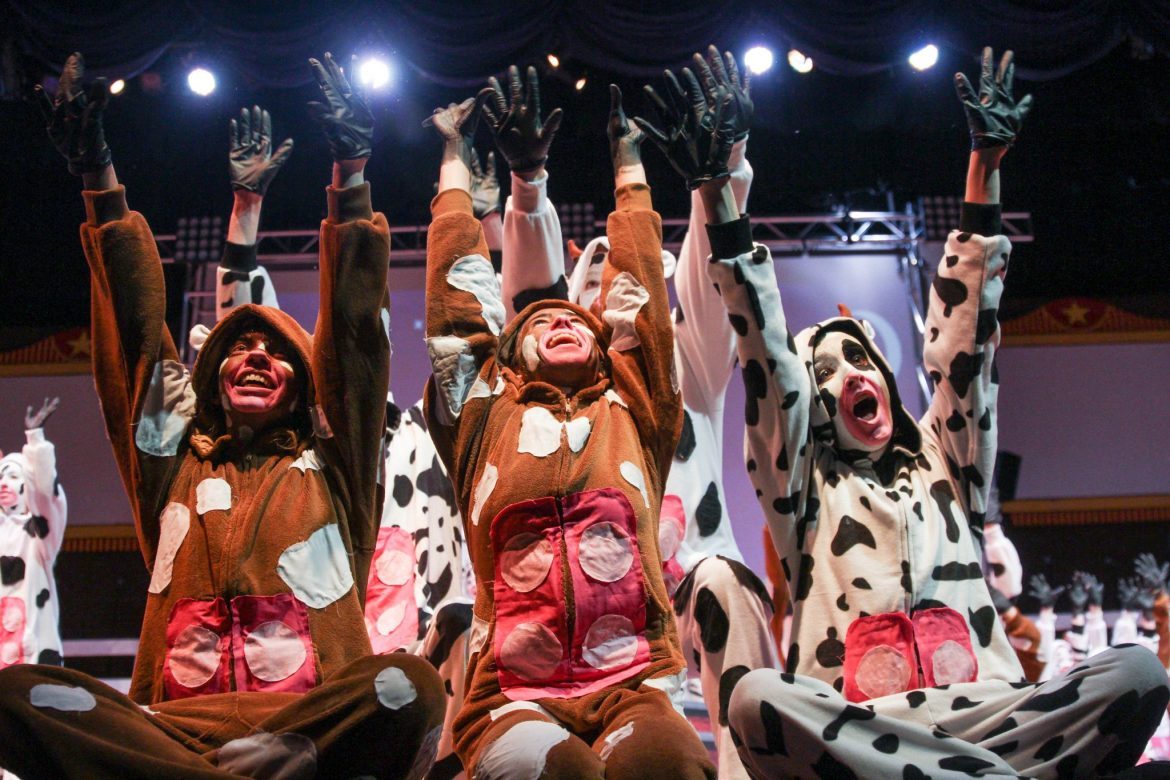 “Dr. Frye called out our show and the tears just came,” Delta Gamma Rho director senior Caroline Nelson said. “I didn’t expect myself to be so emotional, but in that moment, I just felt so grateful that our hard work was noted and liked. Coming from a background in theatre, I’ve learned to be very humble. That way, when you get rewarded, you know you’ve done good work. That’s what happened here.”

Nelson said that throughout the Spring Sing process, she was confident in the show she and her fellow directors created, but she maintained a naïve humility; unwilling to let herself believe their show could win.

“Typically, I like to keep my hopes low so that if something doesn’t turn out the way I wanted to I’m not too disappointed,” Nelson said. “For the longest time, we were just working by ourselves on our show, and then we started putting it together. Towards the end of the process when we started showing the product to others, I truly realized that we had something really special.”

Nelson said she is grateful for every person who worked on “Chicken Fillet: The Moosical;” from the performers to the choreographers to the composers, but she said that the most important thing is that they were able to help people with the prize.

“We raised $2,000 for Hope Cottage,” Nelson said. “Knowing that people’s lives will benefit from what we did is the most rewarding part of it all. That’s honestly the most beautiful thing about Spring Sing: someone somewhere will benefit from the hard work we put into entertaining people. We get to have fun while also raising money for notable causes. How can it get any better than that?”

In addition to the excitement of a winning show, a heartfelt dedication was made to Blake Hunter, a former Spring Sing director and host who passed away last year. Director of Spring Sing and professor of theater Stephen Frye announced the creation of a new scholarship for theater students in memory of Hunter. Junior Katt Stinnett was the first recipient of this scholarship.

Stinnett says that she feels underserving of the honor but is grateful to be part of this long-term legacy.

“I very much understand that this was a gift given to me by a family that did not have to turn the passing of their son and brother into a legacy that will benefit many, many, many students in the future,” Stinnett said. “Being in the Benson that night and just hearing about Blake again, seeing his parents walk onto the stage, my heart was heavy with the reminder that my friend is no longer here in person, but I could not help but feel overwhelmed with love by the Hunter family and the Department of Theatre.”

All in attendance were invited to come back next year for the 45th year of Spring Sing with a new and exciting theme: “Heroes and Villains.”

“We wanted something that would give us playfulness and aspirational themes,” Frye said. “One of the most fun things about ‘Heroes and Villains’ is that not only does it give you the characters that you love to love, it gives you the ones you love to hate. So there’s lots of great music on both ends of that spectrum, lots of things we can do visually, so we’re excited about the opportunities there.”