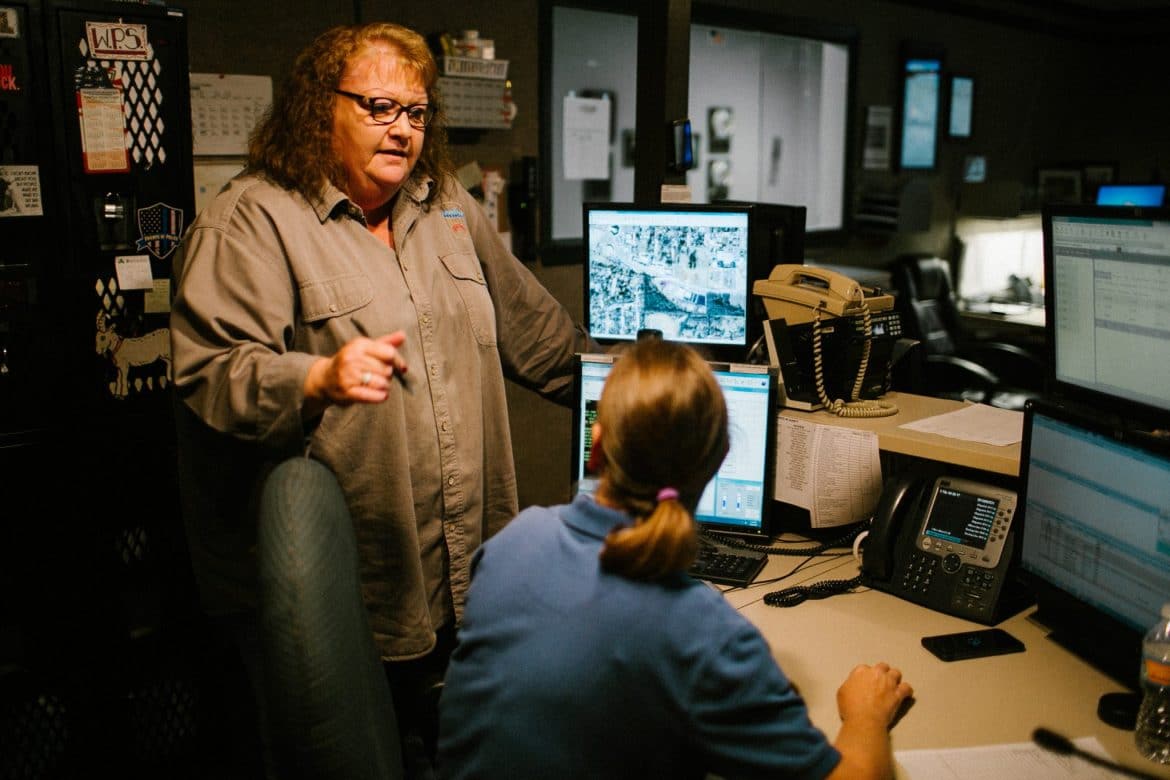 “He was the same age as my son at the time, and the little boy’s mama was dying. That would be one you would transfer to Northstar and then hang up, but that little kid was by himself with his mama and she’s dying, and he’s freaking out. I had him halfway calm and I was not going to let him go. I stayed on the phone with him while we dispatched Northstar. I didn’t let him go, and he saw her take her last breath,” Lola, Searcy Police Department (SPD) dispatch worker, said.

Lola, a dispatcher for approximately 13 years, said the people who work at the SPD give the department a unique quality compared to others. She is one of the dispatchers who answers police-station calls and responds to 911 emergencies. Working closely with police officers, the employees make life-or-death decisions every day.

The Searcy dispatch office, located in the SPD, answers all 911 and nonemergency related calls for the fire and police department, as well as forward calls to North Star. According to Jobe, the office receives 150 to 175 calls a day, 75-100 of them being 911 calls. They talk and type simultaneously and forward information to the specific department.

“It almost seems like 911 is an entity in its own, but it’s people — real people who answer that phone and we are the true first responders,” Michelle Jobe, dispatch supervisor for the SPD said. “When something tragic happens in someone’s life, an emergency, we are the first people they talk to — not the officer, not the fireman, not the paramedic — it’s us. I don’t think the people realize that we do speak with people on the worst days of their lives, every day, all day.”

A 2015 Business Insider article ranked police, fire and ambulance dispatch as the most stressful job in the U.S. According to a 2012 study from the Journal of Traumatic Stress, 911 operators are at risk for duty-related trauma that may lead to post-tramatic stress disorder (PTSD).

When 2-year-old Malik Drummond was reported missing on Nov. 24, 2014, Jobe coordinated search and response teams. Jobe was on-call 24/7, and worked 36 consecutive hours before returning home. She said she worked nearly 100 hours that week.

The dispatchers at the SPD agreed that a career as an emergency operator is a lifestyle, calling it “the hardest job you will ever get addicted to.” They hug their families tighter and teach their children how to navigate the city’s neighborhoods and which areas to avoid.

“After I had been here about 10 or 15 years, I had an aunt come to me and tell me, ‘You’re not the same person you used to be; you’re not happy,’” Jobe said. “You can’t hear what we hear and deal with what we deal and It not affect you on a level that changes you forever.”

Lola began working with law enforcement when she was 25 years old. She first worked in a jail before the SPD. After working for several departments, she said the SPD has become like family and is an encouragement and support group during mentally and emotionally challenging days.

What a Time to be Alive