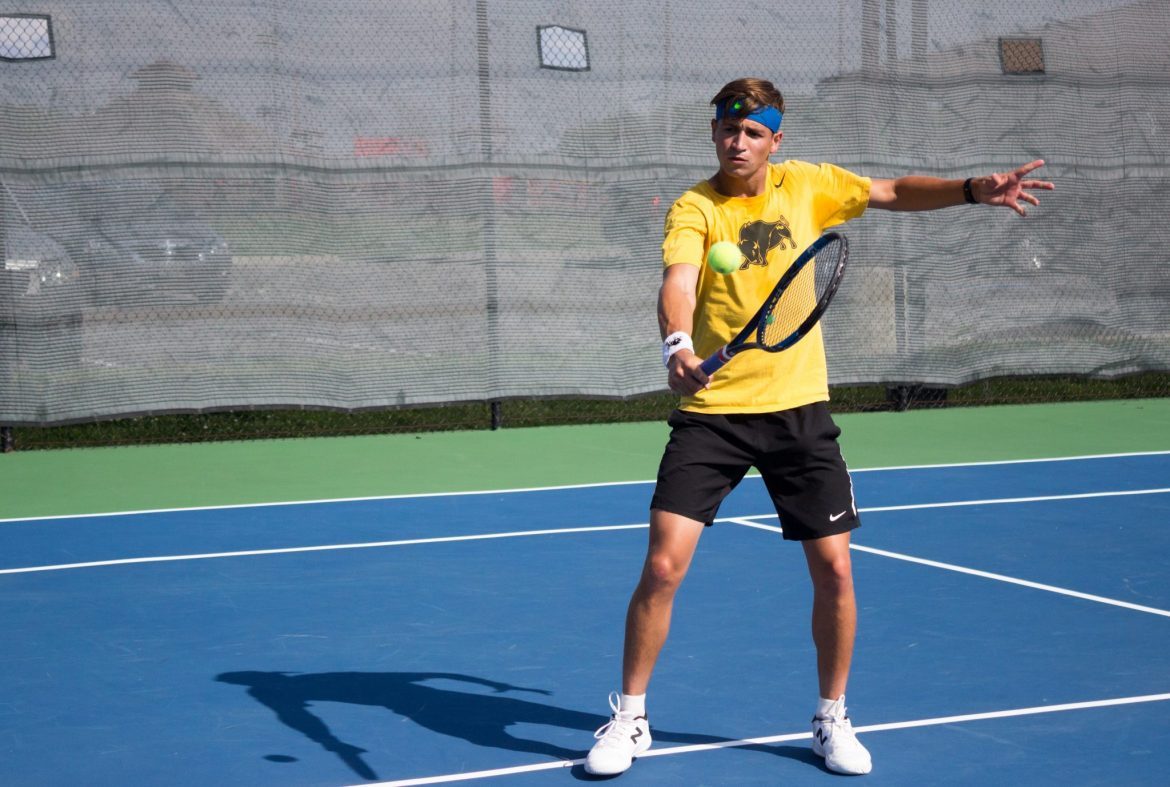 Senior tennis player Neto Cacace is heading north for the summer to Wilson’s Marketing Department in Chicago, Illinois. Cacace has been captain for the men’s tennis team at Harding for three years and is constantly promoting the team. This involvement led Cacace to win the Wilson/Intercollegiate Tennis Association Promoter of the Year Award, an honor given only to one male and one female across the country.

“I want to continue work in the tennis industry, so what I like most about this internship is that it is broad,” Cacace said. “I’m not going to be focused on just one thing. I will be doing a lot of things, and I will see what I’m really passionate about in the industry. It might be being with customers or working with the rackets and prototypes or some other aspect.”

Redshirt sophomore outfielder Jack Thomas, president of Harding’s Student Athletic Advisory Committee (SAAC), is a close friend of Cacace and only had great things to say about him. Cacace is also a member of the SAAC as a representative for the tennis team. The SAAC works with the Searcy community to provide lessons and raise money for the Make-A-Wish Foundation. Thomas said Cacace is always thinking of ways to promote.

“He’s the perfect blend of culturally diverse, extremely intelligent and sports savvy to fit into a job like that,” Thomas said. “He will be a perfect fit. It seems like everything he does turns to gold, and I’m sure this will be no exception.”

Scott Goode, the sports information director at Harding, said he is thankful for players like Cacace who increase involvement and attendance at sporting events.

“He even encourages the team to get pizzas for the crowd,” Goode said. “Since we don’t have a concession stand at the tennis courts, anyone that comes down there can have some pizza. He really just gets people excited about tennis.”

After Cacace returns from Wilson in the fall, he will be working as an assistant coach for the men’s tennis team at Harding. Coach David Redding is pleased Cacace was selected and said it will be worth the wait to have his help next season.

“He is very deserving of it. In fact, to know that Wilson had their pick of all the top talent around the country, and for him to get selected is just a reflection of him as a person,” Redding said. “It is going to be a great opening for his career. He is a friend to everybody, a great leader, has great PR skills, and I just can’t say enough good things about him.”

Bisons Softball Climbs to No. 2 in Nation