Home Sports Bisons Softball Climbs to No. 2 in Nation

Bisons Softball Climbs to No. 2 in Nation 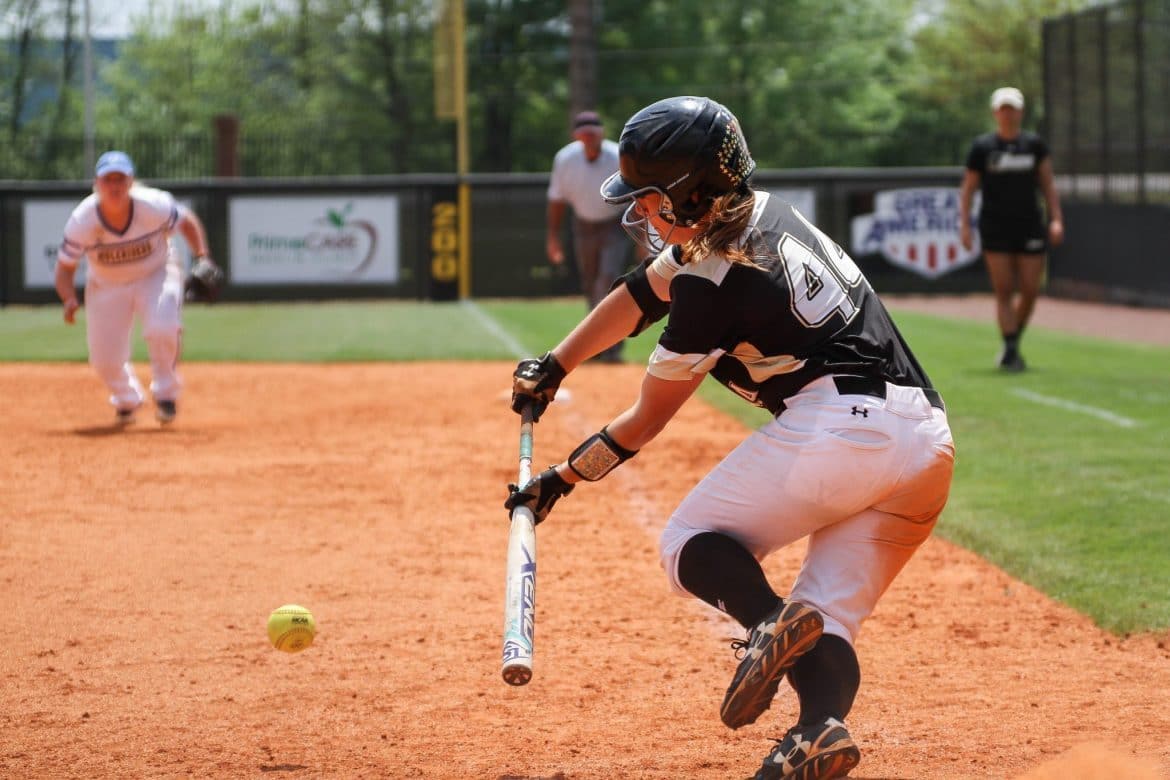 The two doubleheaders for the Lady Bisons resulted in three wins and one loss — thei first loss since their game against Southwestern Oklahoma on Feb. 24.

The GAC record isn’t the only reason why the game might be memorable for some players. Freshman catcher Briley Feringa remembers the game from a different perspective.

“The Friday (game) that we lost one of the games was my birthday,” Feringa said. “The third baseman for East Central’s team, it was her birthday as well. I was like, ‘hey birthday twins!’”

Feringa’s pinch hit with bases loaded in the fifth inning of the first game on Saturday and hit a single up the middle that scored three runs.

According to the GAC website, freshman pitcher Autumn Humes received pitcher of the week after improving 19-1 from the East Central game. She set the second-best record for a freshman in Division II.

Sophomore shortshop Alexus Lawellin was one of GAC’s notable nominees for scoring five runs and going 7-16 in the four-game series against East Central.

Though it has only been around for four years, Harding’s softball program continues to grow. The farthest it has ever gone is placing second in the GAC against Southern Arkansas in 2016.

Harding played against Southern Arkansas on Friday, April 14 and Saturday, April 15 in a double header both days. The Lady Bisons swept the four-games series with a 4-0 and 2-1 win on Friday, and a 3-1 and 1-0 win on Saturday. They later played another double header on Tuesday, April 18 against Arkansas Tech, losing the first game 2-1 and winning the second game 2-1. The Lady Bisons are now ranked No. 1 in the first regional ranking of the year. This is the program’s first time being regionally ranked. They are also ranked No. 2 in the nation by the National Fast Pitch Coaches Association Poll.