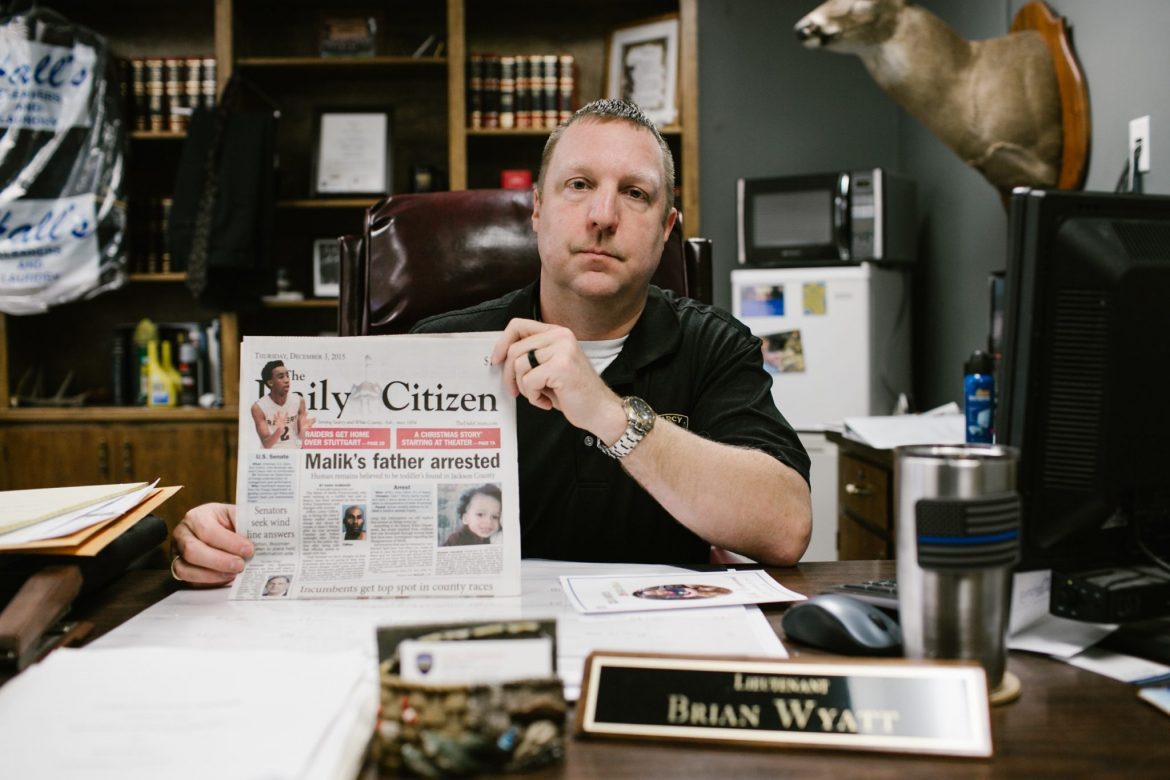 When the men discovered 2-year-old Malik Drummond’s remains, Clifton Drummond ceased his denial. The bones were packed into the police vehicle and brought back to Searcy, where an entire department waited for his homecoming.

“It was a roller coaster of emotions to say the least — rough, tough cops hurt, too,” Wyatt said. “To find (Malik Drummond) and know that I was looking at his bones, it was sad to know that that precious life had been snuffed out so senselessly and so early, but it was a joy to know that our hard work had paid off and we could give that little guy the burial he deserved.”

The investigation of Malik Drummond took place for more than a year. According to police officials, the case — the largest and longest in Searcy — effected every officer in the Searcy police department and left a lasting impact on their lives. At least one of the officers who worked on the case was diagnosed with posttraumatic stress disorder (PTSD), an emotional disorder that may arise after experiencing death of another person or near death of oneself.

Wyatt said that during the year he helped investigate the Malik Drummond case, he often returned home from work feeling defeated, and he was accompanied by many sleepless nights and wonderings about the case. Public Information Officer Terri Lee, a Harding alumna, also worked closely on the case and reported similar behavior.

Though homicides like that of the Malik Drummond are rare in Searcy, officers experience trauma in their average on-duty responsibilities that may lead to PTSD or acute stress disorder. Physiological and emotional stress as well as physical strain contributes to the overall health of officers.

“You have nightmares, you don’t sleep, you have a hard time getting out of a funk once you get done with dealing with something really bad,” Lee said. “It is hard to explain the depths of the horrible stuff that we have to see — and in detail.”

According to a 2015 FBI article, police officers are twice as likely to kill themselves than be killed by a felon. A 2012 study recorded 126 officers who committed suicide, but only 50 officers were fatally shot during that year by a foe, and 27 died in an auto-related crash, according to the National Law Enforcement Memorial Fund.

Though the every-day work of a police officer is never predictable, witnessing death is almost inevitable. Lee said combating the desensitization of death is important to staying grounded.

“You see death a lot, you get used to it, and that is sometimes a bad thing,” Lee said. “You get kind of immune to it, and you have to remember when you go on a seen where a family that has lost a loved one that it might be the first time they have ever lost a loved one. It might be your third dead body this week, but it is their first in 20 years.”

When Wyatt walked into his home after his third 12-hour shift at the Searcy Police Department on Nov. 24. 2015, he received a text message from another officer with a missing child alert. He drove down to the police station he had just left, and search team had already been formed to find missing Malik Drummond.

“It was scary, but I still thought we (were) going to find him,” Wyatt said. “But also within the first hour or two of being here and actually getting out and walking the streets and seeing the amount of people that were here and what was taking place, I knew pretty quick he wasn’t anywhere around here because there was no way we could have missed him.”

Wyatt did not rest for the next three weeks while working on the case. He spent time poring over documents, interviewing suspects and strongly engaging in the case of the missing 2-year-old who was assumed to be dead.

The officer’s strong suspicions were affirmed when Drummond confessed more than a year later. After he had wiped away tears, Wyatt took a deep breath and said the whole police department rejoiced that day when Malik was found and brought home. The memories and emotions, however, will remain.

This is the first installment of the “Behind the Blue” series. The second installment can be found here.

Alumnus to be Featured in Design Exhibit This Weekend