Castro’s Era Comes to an End 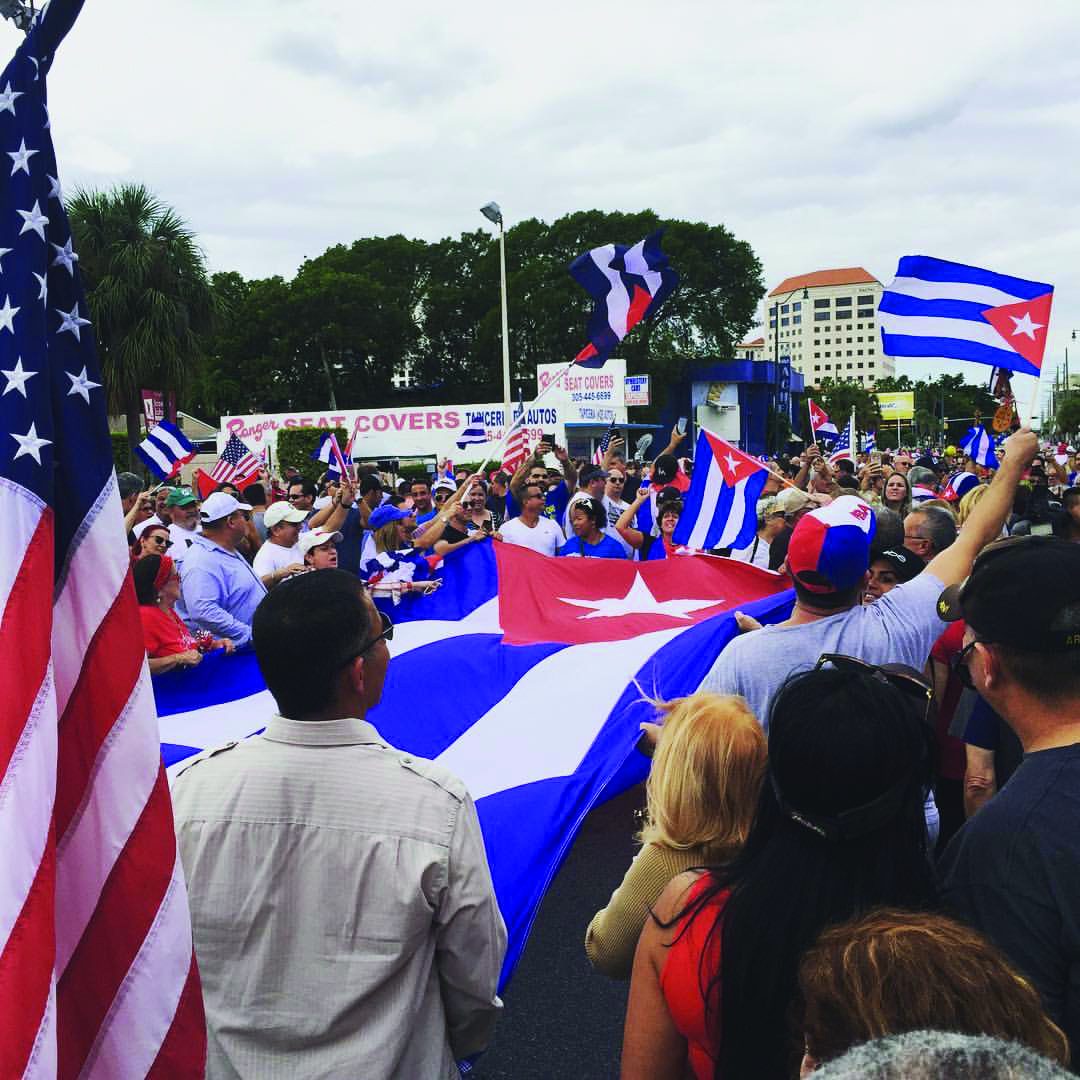 Fidel Castro Ruz of the Republic of Cuba died Friday, Nov. 25, at the age of 90.

Castro served as prime minister of the Republic of Cuba from 1959 to 1976 before becoming president from 1976 until 2006. According to an article published by CNN on Nov. 26, Castro’s political journey started in 1952 at the age of 25 when he ran for Cuban congress. Before the election, the government was overthrown, marking the beginning of a dictatorship for Cuba. In 1959, Castro and a group of fellow revolutionaries successfully overthrew the unpopular dictator. From there, he went on to become a primary leader of the Cuban Revolution and held office until his health forced him to temporarily appoint his younger brother Raul Castro in July of 2006. Two years later, he resigned, and Raul officially became president.

Following the announcement of his death, rallies broke out in the streets of Miami. According to an article published Nov. 29 by BBC News entitled “Fidel Castro death: Cubans say sad goodbye, or good riddance,” there was an abundance of mixed reactions from the people of Cuba.

This article reports Cuban citizens crying and mourning the loss of a man they saw as a father figure, while others felt something quite different, exemplified by the parties held by Cubans in southern Florida to celebrate the death of Fidel Castro.

“Whether you loved him or hated him, whether in Havana or in Miami, everyone is affected today,” Cuban citizen Javier Morales said in the BBC News article. “Old people and young people, we all have something to thank him for. We have free education, we have free medical care, we have free social assistance thanks to him.”

Harding alumna Christy Delgado said she was in Miami when the news of Fidel Castro’s death reached America. She said Cuban flags appeared all over the city and people gathered in front of major Cuban restaurants to sing, chant, dance and celebrate.

“Our families experienced oppression, abuse, death and a stripping of rights at the hand of that tyrannical dictator,” Delgado said. “It wasn’t so much a celebration of death; it was more a celebration of hope. Hope that Cuba is now one step closer to freedom, hope that the world will see the lies Fidel created, and that they will see the truth about communism.”

Junior Justin Gonzalez said his family came to America on the Freedom Flights, a refugee operation that transferred Cubans to Miami, Florida from 1965-1973. He said his father, the youngest of five brothers, was a young child when his family moved to Miami without his oldest brother who was required to serve the Cuban military.

Gonzalez said he had been taught by his family that Fidel Castro was an unfair dictator.

“Had Fidel not been oppressive to my Cuban family, my father and his family probably wouldn’t have made it here,” Gonzalez said. “It was a fresh start for my family. Fidel’s impact didn’t have positive affect immediately on my family, but we turned it into a positive.”

According to CNN, Fidel Castro’s body was cremated, and on Nov. 30, his ashes were taken along the reverse route he took across the island after seizing power in 1959. It also published several different memorials to be held the week following his death, leading up to his funeral Sunday, Dec. 4, set to take pace at Santa Ifigenia cemetery in Santiago de Cuba.

“The sad thing is that for the Cubans on the island, not much has changed,” Delgado said. “Raul Castro is still in power, and the communist government still has a chokehold on freedom … Many are still living in fear and injustice and that reality is what turned many celebratory conversations in Miami to tears, anger and sighs that day. They know what the Cuban people are actually living through, even still today.”