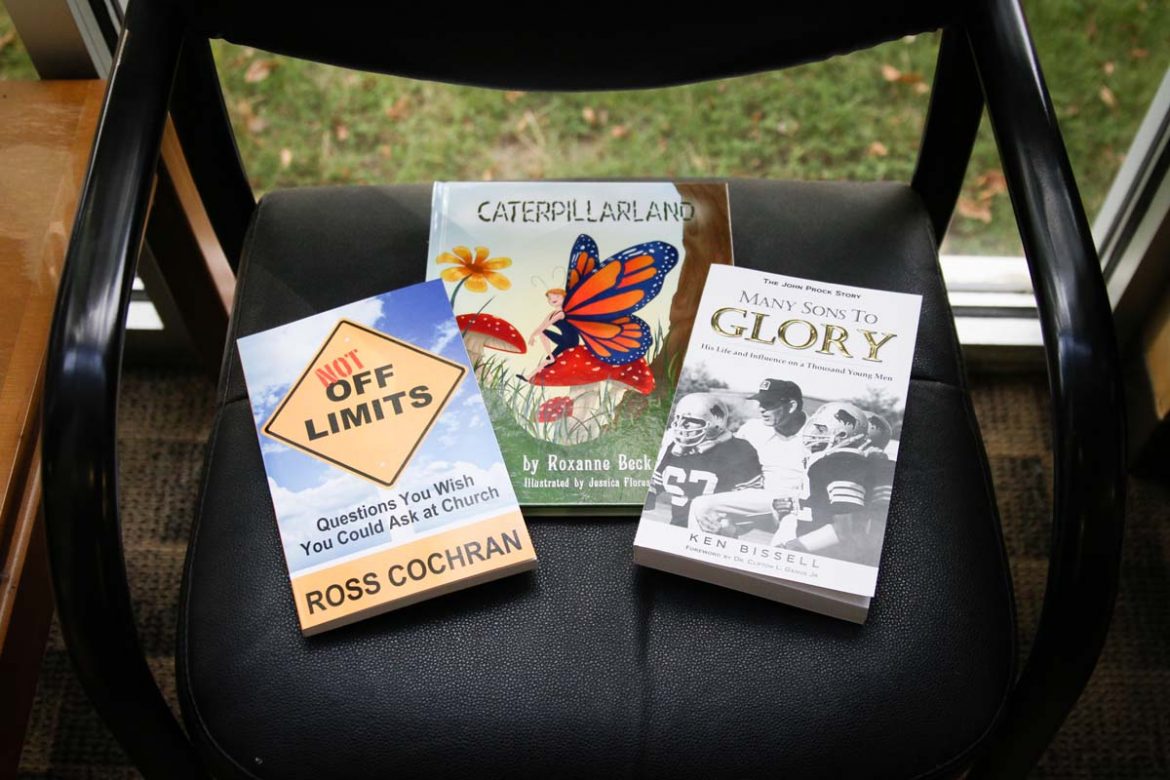 This Saturday, Oct. 29, several staff members, professors and alumni will be stationed in front of the University Bookstore to discuss, sell and sign books they have authored. The event is being organized by the director of the Brackett Library Jean Waldrop and librarian Hannah Wood of the Brackett Library. It will begin at 10:45 a.m. and conclude around noon.

Ross Cochran, professor of Bible and Ministry, will be promoting his book “Not Off Limits: Questions We Wish We Could Ask at Church,” published in 2014.

Cochran said he hopes that his book will help Christians come to better appreciate multiple sides of contentious issues and cultivate a stronger sense of unity.

“We don’t disagree very well,” Cochran said. “Knowing how to be civil with people we disagree with is a huge gap that we need to bridge. We’ve got to reclaim that in every dimension of both our public life and our private life. Otherwise, the friction we feel in our culture right now is just going to keep growing.”

All proceeds from “Not Off Limits” will be donated to the Kibo Group, a religious-affiliated nonprofit organization that partners with East Africans in pursuing solutions for poverty and injustice.

Ken Bissell, senior advancement officer in the Advancement Office, will be at the event as well to promote his book, “Many Sons to Glory: The John Prock Story,” published in 2014. The book is a biography about John Prock, who served as the head football coach during the 1960s, 70s and 80s.

Bissell knew Prock personally for many years and said he admired both Prock’s character and his impact on Harding’s community, particularly the athletes who played under him during the time he was their coach.

“This is a man who had a tremendous impact and influence on his players as he coached them,” Bissell said. “It’s inspiring. There’s a lot of great stories from the athletes who played for him. The book is a history of Harding athletics, as well as a very interesting story about a man who had an impact on Harding for about 28 years.”

Some of the proceeds from “Many Sons to Glory” will be donated to both Women for Harding and The Harding Fund, organizations which support scholarships for students.

Also participating in the book signing is Roxanne Beck, a Harding alumna who graduated in 1976. Beck will be promoting her children’s book, “Caterpillarland,” which she self-published in 2015 and has been added to the Hillary Rodham Clinton Children’s Library in Little Rock.

Beck says she drew inspiration for the book from ideas she gathered out of a dream involving caterpillars that were trapped underground.

“It really came from the idea of being afraid of change and to think for yourself,” Beck said. “When you’re a child, you’re often taught to think along certain lines. The story is symbolic of any oppressive society that tries to keep people from being who they really are or developing into their full potential.”

Beck said she hopes to have “Caterpillarland” adapted to an animated film in the future.

Other authors scheduled to participate in the book signing include associate professor of english Larry Hunt and alumni Annalisa Daughety, Laura Tyree and David Stewart.

Coordinators and participants strongly encourage students, faculty and staff who are interested in either the content of the books or the authors’ writing process to come to the event and speak with the authors.

“Writing takes time and effort, but it’s a lot of fun,” Bissell said. “My encouragement to students is to come to the book signing, meet these authors, and talk to them about the experience they went through and be inspired by them.”

Redefining Legacy, The People Behind the Plaques