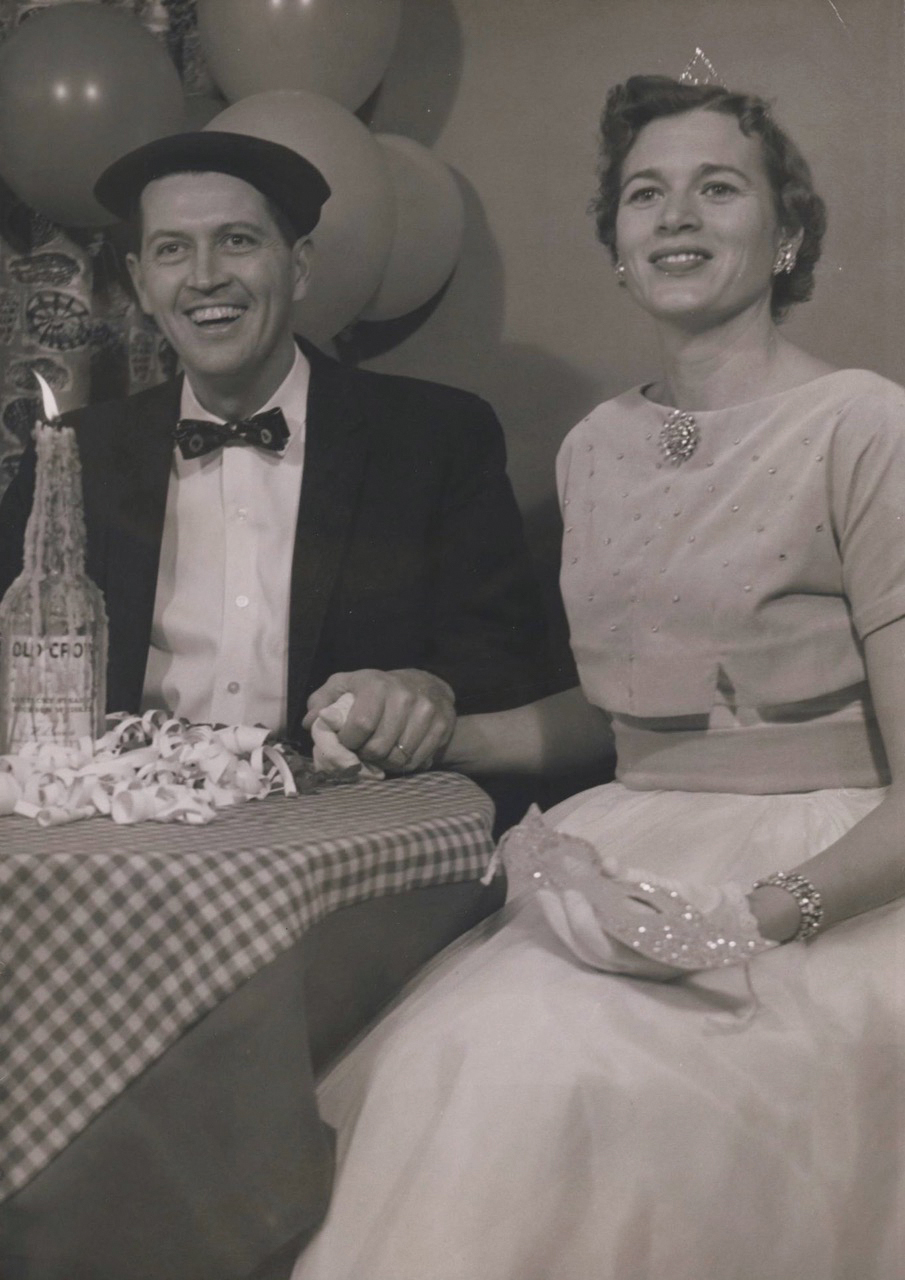 He was known for his perpetual bowties and friendly smile. He is remembered for his personable character and charismatic warmth. Dr. Joseph E. Pryor, late Harding alumnus, professor, administrator and adviser for extracurricular activities, left his fingerprints across the modern-day university.

He was known as Dr. Joe, and he served as professor of science, dean of the college for Harding College, and the vice president for academic affairs. He was a sponsor for the Arkansas chapter of Alpha Chi and men’s social club TNT for approximately 30 years.

“People loved him,” Susan Hodges, daughter of Dr. Joe, said. “He would stop and talk to you and you felt like the only person in the world, the only thing that mattered. He had nowhere else to go and nowhere else to be but what was important to you in that moment.”

At the age of 15, Dr. Joe enrolled at Harding and graduated in 1937 as an honor graduate with bachelor’s in math and in chemistry. While a student, Dr. Joe served as the editor-in-chief for The Bison from 1935-36 and for the Petit Jean yearbook in 1936-37. He was part of the basketball team, Alpha Chi Honor Society, and the first member inducted into the TNT men’s social club after Harding moved to Searcy from Morrilton.

Dr. Joe earned a doctorate in physical chemistry from Louisiana State University and returned to Harding as professor and the chairman of the department of physical science in 1944.

After returning to Harding, Dr. Joe became a faculty adviser for the Petit Jean yearbook for 43 years. The Petit Jean was awarded its first all-American rating from the Associated Collegiate Press and continued to earn awards years after.

Dr. Joe began dating his advisee, Petit Jean editor and alumna Bessie Mae Ledbetter in 1946. He proposed to her that spring at a TNT outing.

In a home video, Bessie Mae retold the engagement unveiling party. She said Florence Cathcart, then the dean of women, was excited to spread the news.

“Miss Cathcart couldn’t wait,” Bessie Mae said in the video. “She ran to the telephone and called back to the dorm and told everybody, and it was announced over the intercom.”

Dr. Joe and Bessie Mae married in Godden Hall, where the Administration building currently stands, on Aug. 16, 1946. They adopted all three of their children and treated the Harding student body as their own.

“I have great memories of him vacuuming to help Mom because we were having company for lunch, and he would polish our shoes before church,” Hodges said. “Dad was very loving … He was very helpful and caring — he was a great servant.”

In the late 1980s, the campus science center was named the Joseph E. Pryor Science Center. The building was expanded and rededicated as the Pryor England Center for Science and Engineering in 2004.

“It was not that he just gave his time to Harding, he gave all he had,” Hodges said. “He slept only four hours a night since graduate school … He believed with his whole being in Christian education.”

Along with Dr. Clifton Ganus, Dr. Joe believed in the importance of collegiate athletics. The men approached the administration and helped bring varsity football to Harding in 1959.

“Wherever you wanted to put him, whatever you wanted him to do, he would do a good job of it,” Ganus said. “He was as kind and gentle as he could be, but he was a brute when it came to playing football or basketball or anything like that. He was very strong. I liked him — loved him.”

In 1990, Dr. Joe was inducted into the National Association of Intercollegiate Athletics Hall of Fame. He was the timekeeper at football games and the scorekeeper for every basketball game.

Dr. Joe received several awards during his time at Harding, including the 20th Century Christian Educator, the distinguished Yearbook Advisors Award by the National Council of College Publications Advisers, distinguished alumnus of Harding College Award and the Outstanding Educator of America Award.

Hodges said she remembers her father as busy but said she admired him for his achievements and the number of activities he was involved in.

“He was always tired, but never complained about it,” Hodges said. “He was selfless, he was a humble, devoted Christian with the highest standard of morals one can imagine, and he was a servant above all else.”

“You couldn’t ask for anybody who was more solid spiritually, academically, athletically socially; he was just outstanding in all of those areas,” Ganus said. “He reminded me of an iron fist in a velvet glove: strong and yet sweet temperament, kind, gentle, and I guess you would describe it as something strong, yet clothed in dignity and sweetness.”

“They weren’t seeking accolades, they weren’t seeking notoriety, and I’m sure they never thought about being honored in an exhibit,” Howard said. “From doing this exhibit and other one’s I’ve done, these are just ordinary people who were doing extraordinary things, and that’s what makes us remember them.”