Home Lifestyle Battle on the blacktop to raise donations for charity

Battle on the blacktop to raise donations for charity 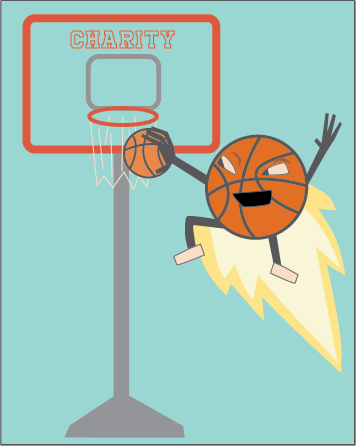 On Saturday, Nov. 5, the American Marketing Association (AMA) at Harding will host a fundraising event called “Battle of the Blacktop” that will benefit Swipe4Searcy, a student-led organization, according to senior Jonah Turner, one of the organizers of the event.

A 3-on-3 basketball tournament will be held at the intramural basketball courts to create fellowship and help spread awareness about Swipe4Searcy, according to Turner. Anyone in the community can sign up and the cost will be $50 per team, which is less than $17 per person. The entry fee includes a T-shirt and a meal provided by Firehouse Subs. Turner said Swipe4Searcy is receiving the proceeds to help gain monetary funds as well as swipes, so that they can further their mission of giving food to the less fortunate.

“We’re trying to bridge the gap between Harding and Searcy, to burst the bubble, so-to-speak,” Turner said. “We want to do things at Harding, but also make it on a Searcy-scale since this is where we live.”

Senior Taylor Snyder, co-president of AMA, said they were adamant about the fundraiser helping a local cause instead of a bigger organization in order to create a visible change in the community.

“A $1,000 donation could seriously change their entire organization,” Snyder said. “Right now, they are relying so much on swipes, so this event could potentially help them branch out and be able to serve the community better.”

Lori Sloan, assistant marketing professor at Harding and sponsor of AMA, said she has enjoyed seeing her students help their community outside of Harding.

“I love working with students outside the classroom and seeing them implement their marketing concepts,” Sloan said. “This event is supporting a great organization and is a fantastic way to wrap up Club Week.”

The entrance fee of $50 per team does not have to initially be paid to be able to play, and T-shirts are available for $10 for those who do not want to play in the tournament, according to Snyder. Sign-ups are open through Club Week so everyone can participate.

“We put the tournament on the Saturday after Club Week ends so that the people who are super jazzed about being in their clubs can do something together,” Snyder said. “Even if you are not in a club or not athletically inclined, it is honestly an event to have fun, hang out with your friends, and support a good cause.”