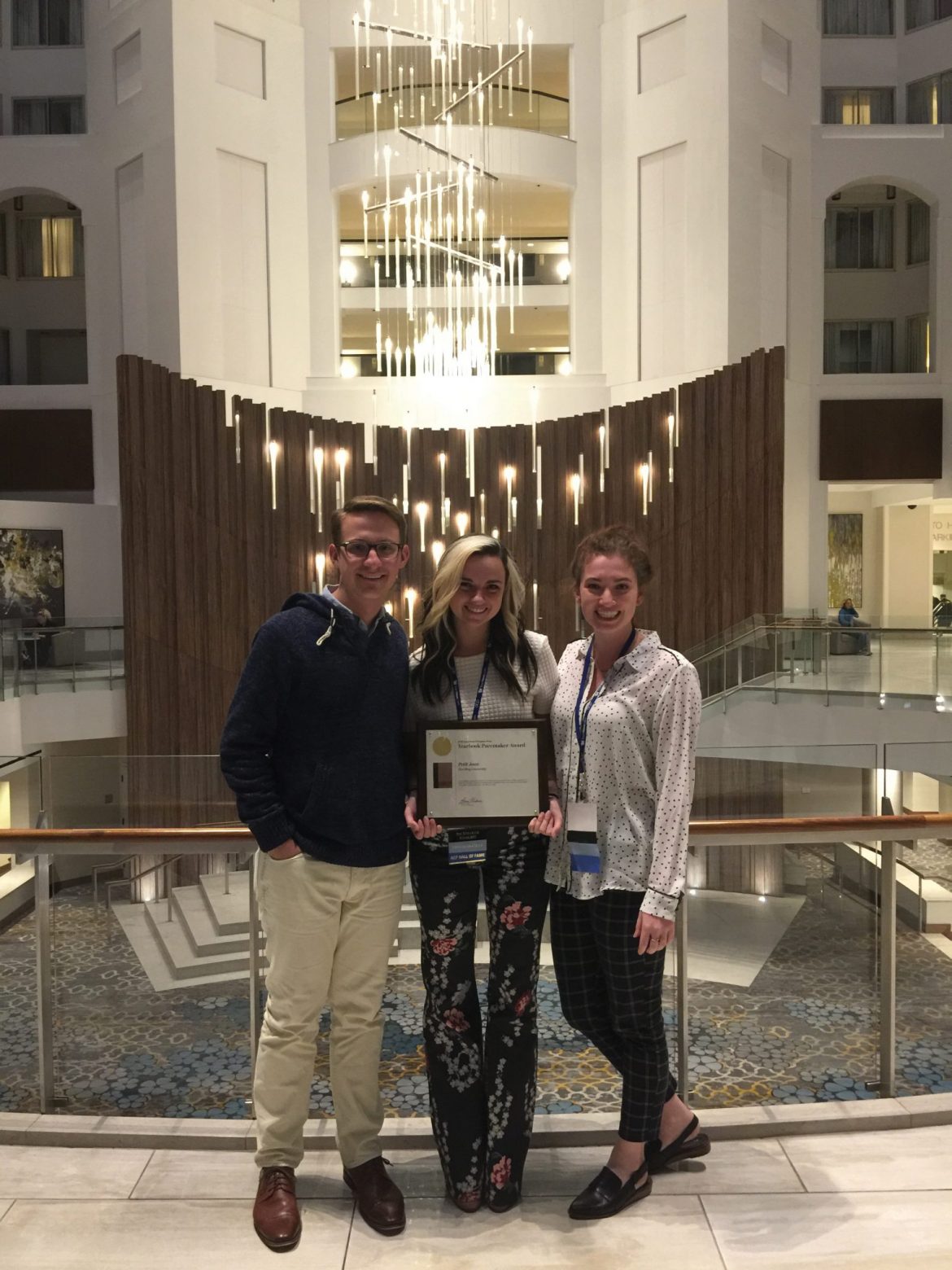 The 2014-2015 Petit Jean yearbook, “Connected,” received the Pacemaker award from the Associate Collegiate Press (ACP) on Oct. 22, 2016 in the District of Columbia. The award is presented to the top one percent of yearbooks across the nation by the ACP.

“The past several books before mine have been nominated as finalists, so it’s something that I wanted to get nominated for, and I wanted to win because it’s such an honor, but I never really got my hopes up,” alumna and editor-in-chief of “Connected,” Shelby Daniel said.

The Pacemaker is the standard of excellence for university yearbooks across the nation.

“The running joke around the office is that Shelby is cooler than any of us will ever be, so it’s no surprise that her book was selected,” current Petit Jean editor-in-chief sophomore Kaleb Turner said. “She had a great vision for the book from the very beginning, and she carried that out really well in working with the staff and the printing company to make sure that vision never wavered.”

Alumna and 2015-2016 editor-in-chief, Maeghen Carter, worked as the academics section editor under Daniel.

“To even be nominated is a huge honor, and to win one means that you’re in the top one percent in the nation. I’m so proud to have been able to be a part of that staff,” Carter said. “When I first found out Shelby’s book was nominated, I was really excited and it encouraged me to keep working even harder on my book so I could live up to that legacy. Working on a book that, at the time, had been nominated for this award gave me the confidence to keep working even harder.”

According to Turner, most modern yearbooks are formatted similarly to magazines. Daniel’s yearbook was designed more like a classic yearbook; something that most universities haven’t done in years.

“It was very different than the books that we’ve done in the past,” Carter said. “It had a lot of color, a lot of really neat designs, shapes; and that’s something that we don’t really usually see in yearbooks and that’s one of the reasons that it stuck out and won an award.”

The book’s theme, “Connected,” seemed to have a resonating effect with the student body, according to Turner.

“It’s something that so many people can identify with especially at a place like Harding,” Turner said. “We focus a lot on community and connections here, so she was able to play on that in the theme of her book incredibly well.”