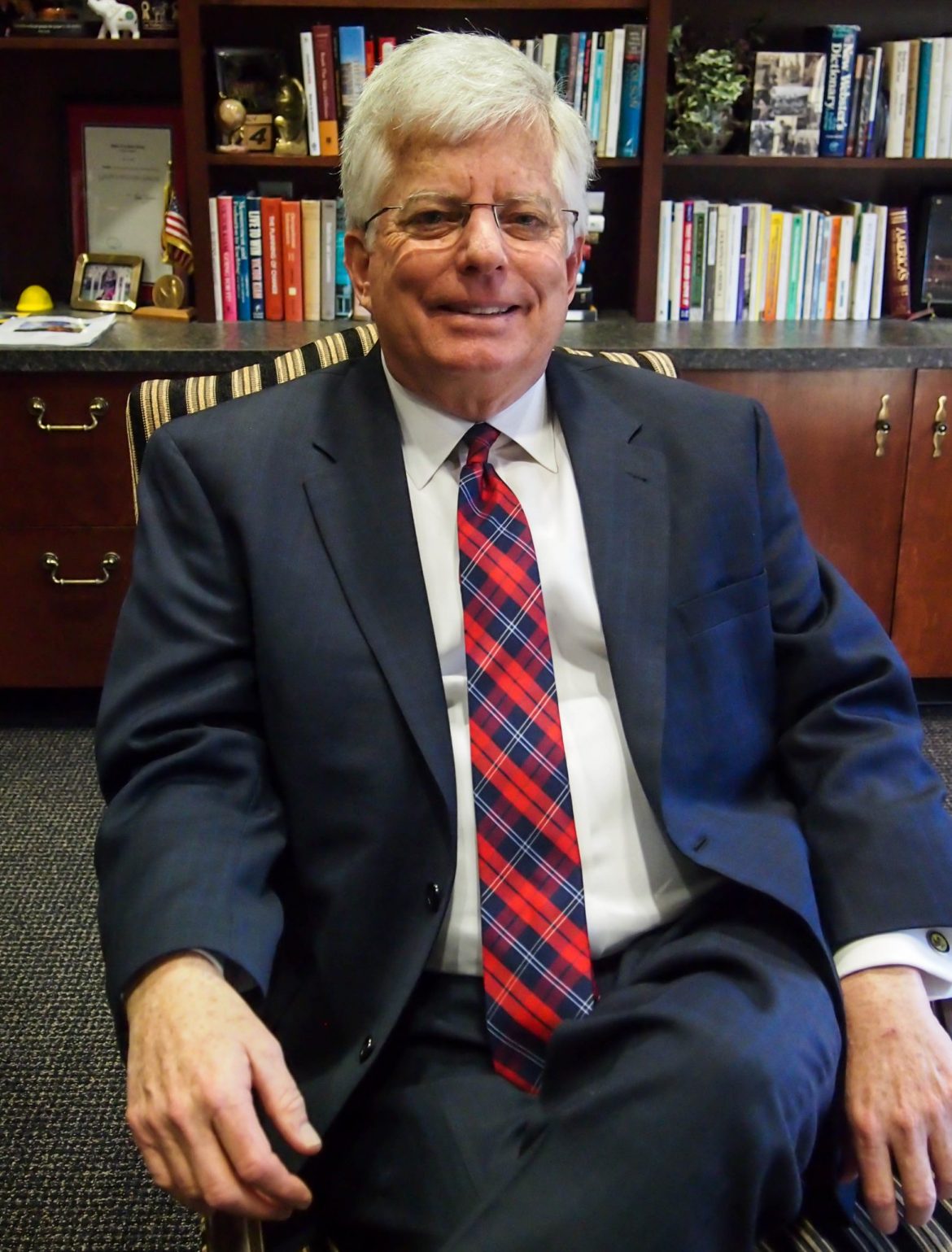 Dr. Jim Carr, senior vice president, started his 29th year as a Harding faculty member with considerable excitement after learning he had been selected as the recipient of the 2016 Community Service Award from the Arkansas Martin Luther King Jr. Commission (AMLKC).

The AMLKC presented the award to Carr at the annual celebration of King’s life on Jan. 18, in Little Rock, Arkansas. The event featured several entertainers and keynote speakers, including gospel singer Melvin Williams and Arun Manilal Gandhi, the grandson of Mohandas K. “Mahatma” Gandhi.

Carr said he was surprised and honored to receive the award, which rewards the recipient’s promotion of different cultures as well as community involvement.

According to Carr, growing up in the South during the period of integration and high racial tension influenced him to spend his later life promoting racial equality. Carr said that one event particularly impacted his view on racial conditions.

“I grew up in Tallahassee, Florida, and my house was beside the Florida State University athletic complex,” Carr said. “A bunch of kids from the neighborhood would play football there. One day, five or six African-American young men wanted to play with us, and the university police immediately asked us to leave.”

Carr said that memory is a vivid reminder of the unfortunate circumstances of racism.

“I have always thought there could be better relations between races, even as a young man,” Carr said. “I wanted in my adult life to see greater racial harmony than when I was a youngster.”

Carr said his primary responsibilities on campus include ensuring strong and dynamic enrollment levels and working closely with the American Studies Institute, the Walton Scholar program and the China Scholar program.

Carr is not only active in improving racial relations through his career, but he also exhibits the same spirit in his life outside the workplace, according to Dr. Mike James, dean of the Honors College.

“Religiously, politically and academically, (Carr) has always been a leader,” James said. “If it’s something he’s passionate about, don’t get in his way because he’s going to be a leader.”

Carr’s ability to lead made him a strong choice for his recent award, James said.

Tiffany Byers, director of multicultural student services, said it was no surprise to her that Carr was chosen by the AMLKC to receive the Community Service Award.

“He’s always been very open to helping,” Byers said. “It’s refreshing to know that we have those at Harding like Dr. Carr.”

Byers organized a group of students to attend the AMLKC’s celebratory event of King’s life, where Carr received his award.

Carr said his favorite part of the celebration occurred after his recognition.

“I was so honored,” Carr said. “But the highlight was after I walked out of the complex and saw a group of Harding students cheering for me.”