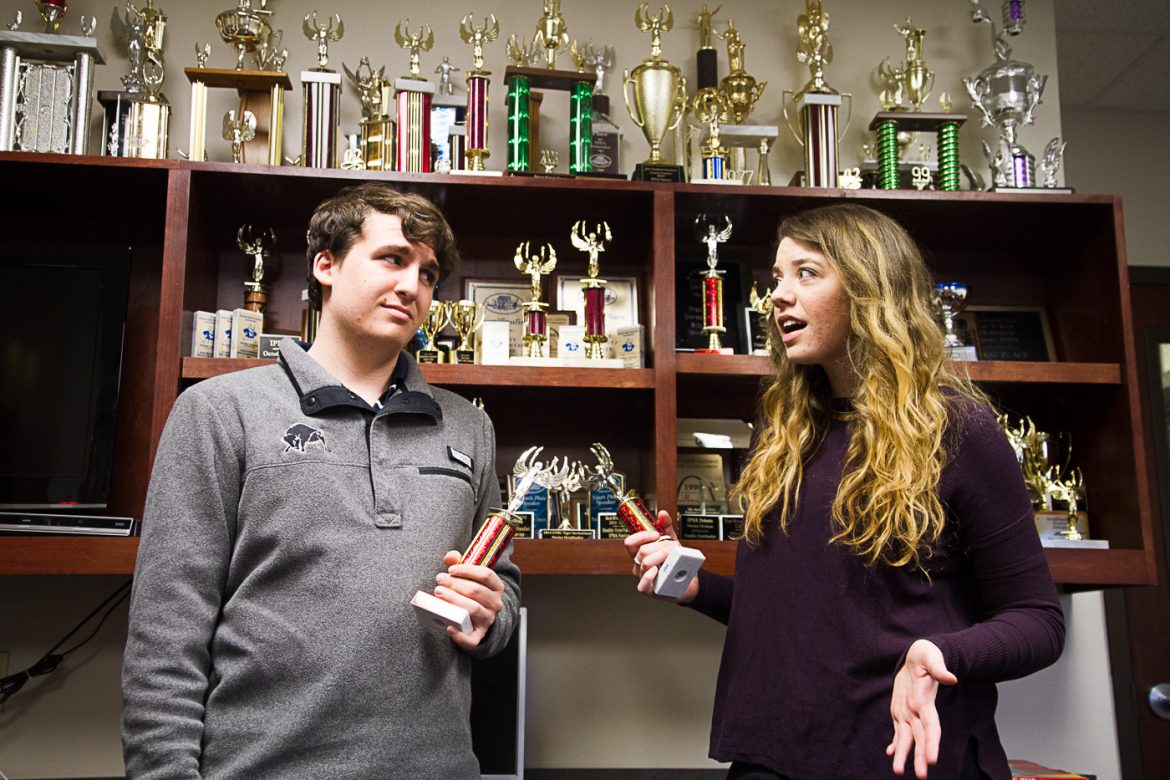 Debating in a tournament, Black Friday shopping and selecting a chapel seat — what do they all have in common? More than one might think. Not only does each impose fear and panic on the body, especially leading up to the event, but each also has potential for wins, losses and prizes.

Fear and panic paid off in the end for debaters junior Ryann Money and freshman Jack Allen on Jan. 31, when they walked away from the Southern Forensics Championship Tournament at Louisiana State University with high-standing awards.

Allen said he joined the debate team at the end of last semester after checking it out with a friend, and the Southern Forensics Championship tournament was his first competition.

“(The debate team) keeps me very informed, and it keeps me more educated about things that I would never be connected to if it wasn’t for debate,” Allen said. “So while it helps me improve my public speaking and helps me become a more logical thinker, it also keeps me connected to the world.”

Money debated in high school and met with debate coach and professor of speech Dr. Pat Garner at Summer Stampede before her freshman year. Money said this is the highest divisional award she has ever won.

Money said the team was preparing to leave the tournament when a tournament faculty memberran after them with a trophy. Money said she originally felt she did not perform well, but was excited she had won and hopes for opportunities to better her speaking skills.

“(Debating is) definitely nerve-wracking, but it’s also really addictive,” Money said. “Every single tournament, you kind of have new ways of presenting argumentation, or you learn something maybe about the way you speak …it’s all about adapting.”

According to Garner, the camaraderie of the group and the increase in knowledge and skill are what he hopes students to take away from being on the debate team.

“I think (debating is the best activity) I know of for the development of critical thinking skills, and to learn how to think on your feet, to construct, to present your ideas in a coherent form in a short period of time,” Garner said.

According to Gardner, intercollegiate debate is the oldest competitive activity that still exists on campus. Debate tournaments date back to Harper College in Kansas before today’s campus came to be, according to Gardner.

The team has one more competition this semester, and according to Money, Allen and Garner, the team looks forward to the hectic pace of the tournament environment along with the chance to learn something new.