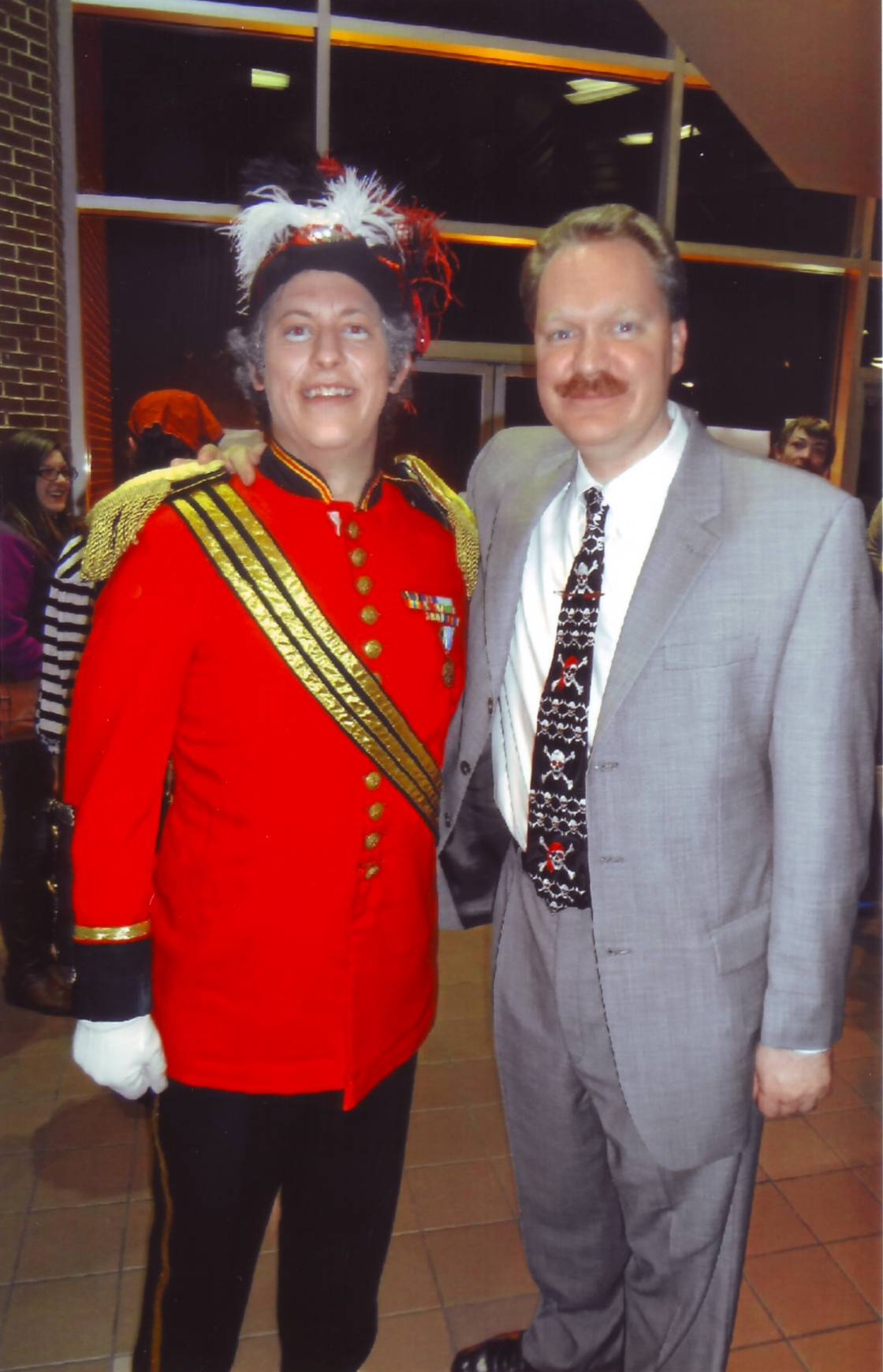 There’s a poem by Billy Collins called “Obituaries,” in which he reflects on those somber newspaper sketches of people who have recently passed away. You know, the section that older folks famously turn to first over a morning cup of coffee. Collins says that the obituary is where “the final cards are shown” — how old the person was, the cause of death and his or her various jobs, honors and hobbies.

Looking over the newspaper, the poet notes all the different people who depart this world during the same week. Though they didn’t necessarily know each other in life, he pictures them going together into the beyond — two by two — like the animals on Noah’s ark. “Arm in arm they get on board,” Collins writes, “all saved at last from the awful flood of life.”

Last week much of the world focused on the twin deaths of two beloved Englishmen — singer David Bowie and actor Alan Rickman, both 69. Meanwhile, far away from the flowers piled up outside Bowie’s New York home and at Platform 9 and ¾ at King’s Cross in London, the Harding family mourns losses of its own. In the span of eight days, two vibrant young people left this world. “Too soon” hardly does justice to the tragedy — put their ages together, and they wouldn’t equal 60. But put their lives together, and it adds up to a whole lotta good.

Alicia Smith (’04) was only 33 when she died Jan. 15 of brain cancer. She had fought the disease for two years with astonishing candor and humility. Last weekend, at her funeral in Huntsville, Alabama, nearly 20 different people gave eulogies, sharing memories of Alicia’s life and of her brave battle. “I wouldn’t wish this on anyone,” she wrote in a blog post, “but I wouldn’t trade the perspective it has given me for anything.” I’m reminded of Job 32:9: “It is not only the old who are wise.”

For Alicia, her husband Sean and their 5-year-old son Tate, cancer took away so much, but it allowed them to receive the gracious hospitality of their relatively new church family. Christian brothers and sisters who had only known them for a short time brought food, ran errands, babysat, cleaned, listened and prayed for two years. “I would not have met so many kind people if I had not gotten sick,” she said.

Yet so many of those kind people recalled ways Alicia had encouraged them — both before and during her illness. An interior design major at Harding, she shared her talents by helping others make their homes unique, often presenting hand-made crafts as gifts. She wrote notes. When a neighbor got pregnant, Alicia visited every day. She looked for joy in simple things. She put people at ease by laughing at herself. She believed her sickness helped other people deepen their prayer lives. It certainly helped mine.

Last Saturday, 10 minutes before Alicia’s Celebration of Life began, word came through social media that Blake Hunter had died. Life has a way of hitting you when you are down, and I can only imagine how it pounded the family and friends who really knew Blake.

I could have missed out on knowing him at all. During my 9-to-5 life, I’m an English teacher and hack journalist. But in 2013 I got to step briefly into a world I had always envied. As a boy I had watched with awe as my older sister performed onstage in high school and college. So when the Homecoming musical team let me behind the curtain for “Pirates,” I had the privilege and joy of a front-row seat, while so many talented students and colleagues did their thing. And watching Blake Hunter was part of the fun.

I had loved seeing him on the Harding stage before, playing such a range of roles — a Chinese henchman, a spelling superhero in a cape and crash helmet, and a brother jealous of Joseph’s “Technicolor Dreamcoat.” One summer evening at the Ulrey I laughed nonstop as Blake chugged along as a snail postman in “A Year with Frog and Toad.” His slow-motion antics and sluggish grin brought the house down every time he moseyed onstage.

He was just as funny in high gear, zipping through the frantic lyrics of “I Am the Very Model of a Modern Major-General” with hilarious abandon. It was all the more difficult because of the wheezy old-man voice he created for his character. Blake ribbed me later because the exhausting song had 590 words. He had counted them. I blamed Gilbert and Sullivan.

Blake was hilarious even when he didn’t mean to be. He had a costume change before the final curtain call, with very little time to switch from a nightgown to a military uniform. He managed it, except for one rehearsal when he took a bow, having not quite finished putting on his pants. After a really long night, everyone needed the slapstick relief. And who will forget his epic hip-bump with Dr. McLarty during the show? That was Blake’s idea.

He was just 25. It’s not fair. A joyful mother and a Pied Piper. They both adored children, whether it was Alicia helping her son see nature’s wonder during a simple walk to the mailbox, or kids climbing all over Blake at an orphanage in Mexico. Such tremendous creative talent — such a willingness to use it for God. Like Billy Collins, I can’t help picturing the two of them sailing toward Heaven together, making goofy faces and swapping clever ideas along the way.

The Glass Menagerie to open tonight in the Ulrey