Home News The Glass Menagerie to open tonight in the Ulrey

The Glass Menagerie to open tonight in the Ulrey 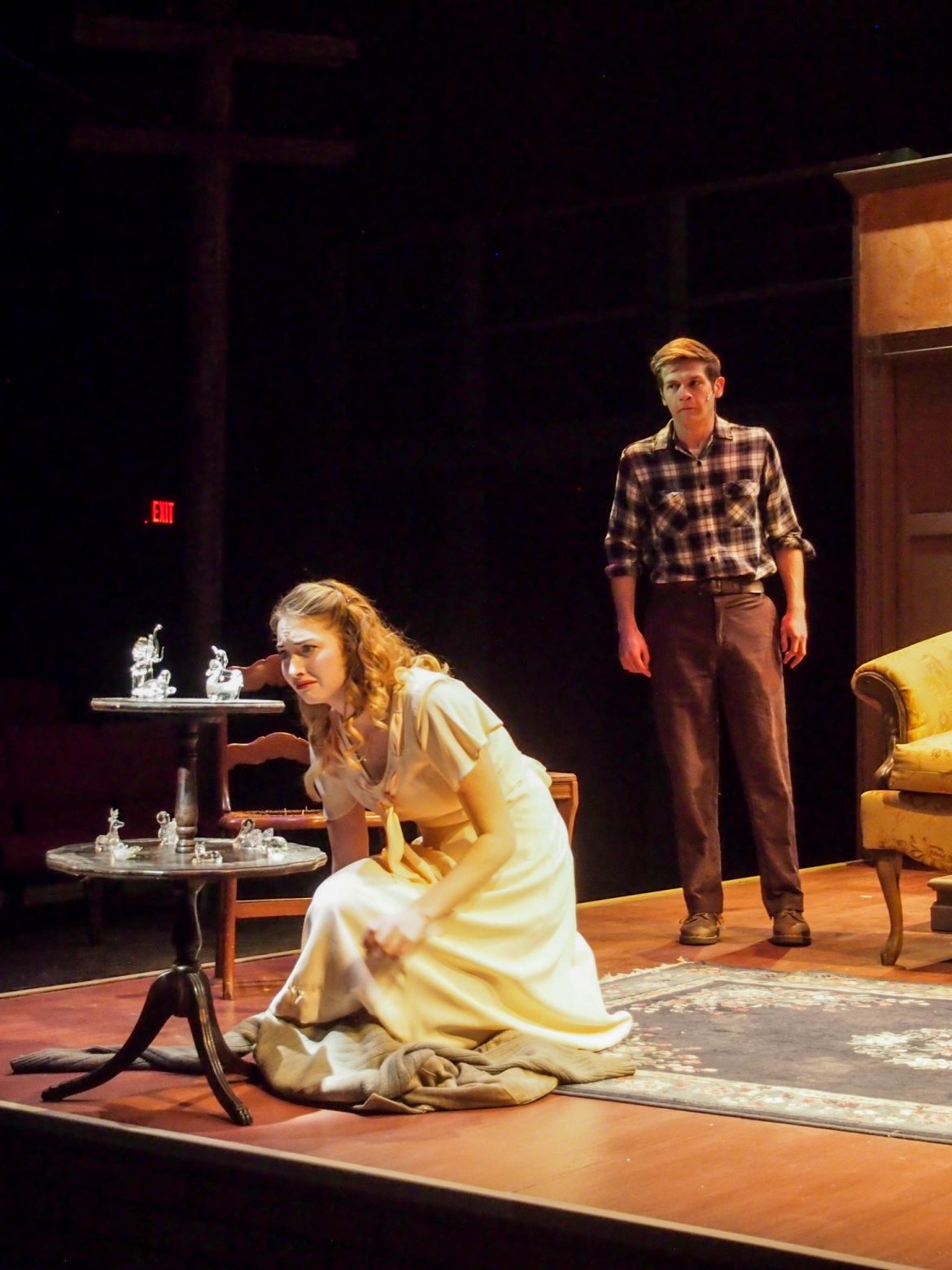 “Most of the stuff I do is comedic, I’m more suited for that … but “The Glass Menagerie” is very much a dark show. There’s a lot of room for character work and development for me as an actor,” senior theatre major Jon Andrew said about his current role as Tom in “The Glass Menagerie.”

Jon Andrew, along with a cast of three other performers, said he has been pouring his heart and soul into this show. The play is Andrew’s senior seminar project and he said it has been one of the most challenging performances of his career.

According to Andrew, this particular play has more dark and serious nuances than most of the work he has done previously. Andrew feels more comfortable in roles like “Frog” in the play “A Year in the Life of Frog and Toad,” which he did in Fall of 2013, or in his improvisational role with Harding University’s Pied Pipers. Playing Tom — a man stifled by his work and life at home — Andrew said he had to delve into a deeper level of skill as an actor.

The other actors involved in the show, senior Thomas Williams, junior Penny Turpin and senior Courtney Meason, said they faced similar challenges. However, Meason said that the small size of the cast allowed them to spend more time in the minds of their characters, studying the worries, fears and frustrations imbedded into the family dynamic that makes the show such a classic.

“Being a small cast, we were able to work through a lot of the character development in the beginning of the process,” Meason said. “I think people who see the show will be able to see the love that the Wingfield family has for each other, which was always a huge goal for us since the start of rehearsals.”

As a self-proclaimed introvert, Meason said she particularly enjoyed the intimacy of such a small cast; something everyone involved with the production seems to appreciate.

“Although my character, Laura, is a really tough character to understand, I can relate to her a lot, being an introvert myself,” Meason said “Something a lot of people don’t know about “The Glass Menagerie” is that a lot of the play is based on real events that happened in Tennessee Williams’ life. Laura is based on his sister, Rose. I’ve done a lot of research on Rose, in order to better understand how Laura’s brain works,” Meason said.

With the amount of time dedicated to character study, and the close nature of the cast, the whole performance promises to be riveting, according to the cast.

The play will be performed on January 29th and 30th at 7 p.m. at the Ulrey Performing Arts Center. Tickets are $10 or free with a pass.