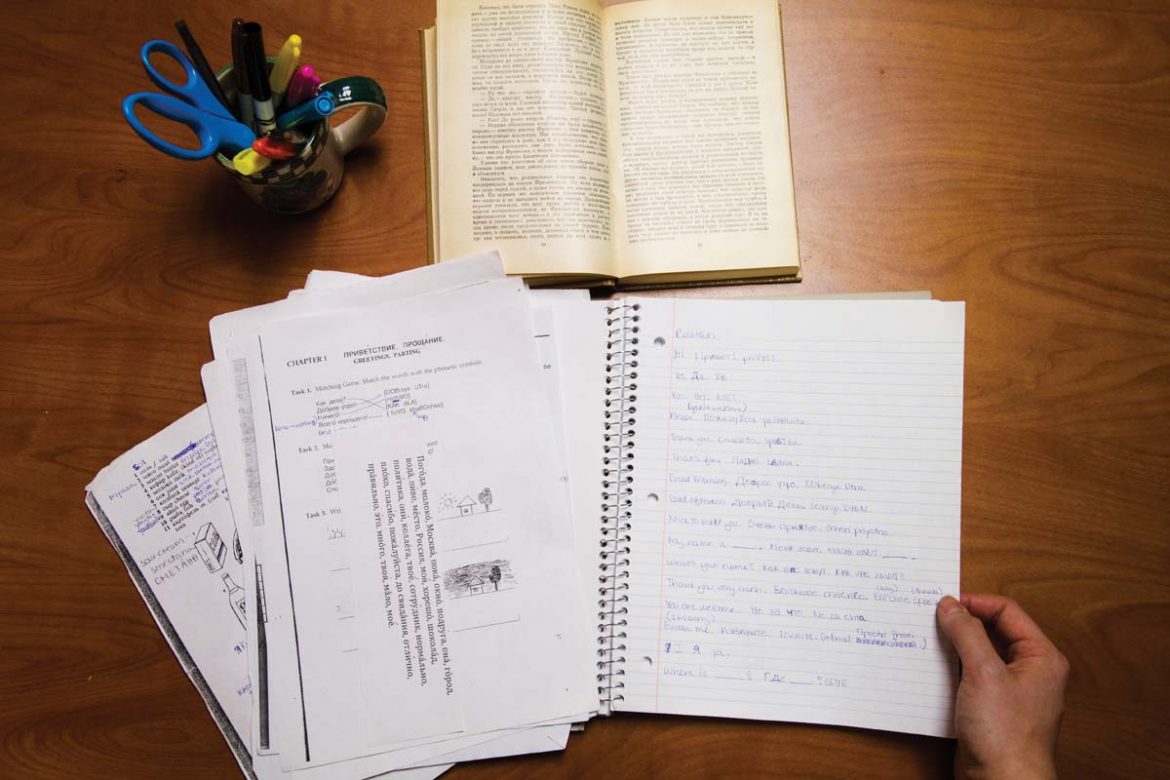 Last semester, junior Ashley Blackstock and then senior Daniel Casella formed the Russian club, a group that meets every Tuesday and Thursday to learn the Russian language.

Casella said he had learned some Ukrainian through mission trips, while Blackstock said she had picked up some Russian from a trip three years ago. When both expressed interest in learning more of the Russian language and forming a club last September, Casella sent out a chapel announcement inviting others to join them.

The idea generated interest from other students that same day, and the club has been meeting twice a week at 4 p.m. ever since.

According to Blackstock, many of the learning tactics used during the hour-long meetings are pulled from foreign language classes she and Casella have taken before.

“We started out learning the alphabet together, then we tried new games together and learned basic words,” Blackstock said.

One of last semester’s regular attendees freshman Aaron Burlsworth, said he has already learned a lot of the Russian language through the organization.

“We got to the point where I could kind of read it, but it was still sketchy,” Burlsworth said. “But that’s after only a semester of (attending the meetings).”

The club is already making changes according to Blackstock. Casella graduated in December, and Blackstock is only able to be partially involved this semester due to time commitments. The two asked senior Katy Glazener to take their places and teach the other members.

Glazener said she has dabbled in Russian over the years, as she grew up in a home that housed Russian orphans. She also used the language during a Global Outreach internship in Moscow, Russia, the summer after her freshman year and during a government internship last semester.

“Being (at Harding) for so long, there is always some type of interest with Russian, but we’re not able to have the language classes all the time,” Glazener said.

Members of the club range from those wanting to learn more for international business to those who want to learn for the sake of mission work or traveling abroad.