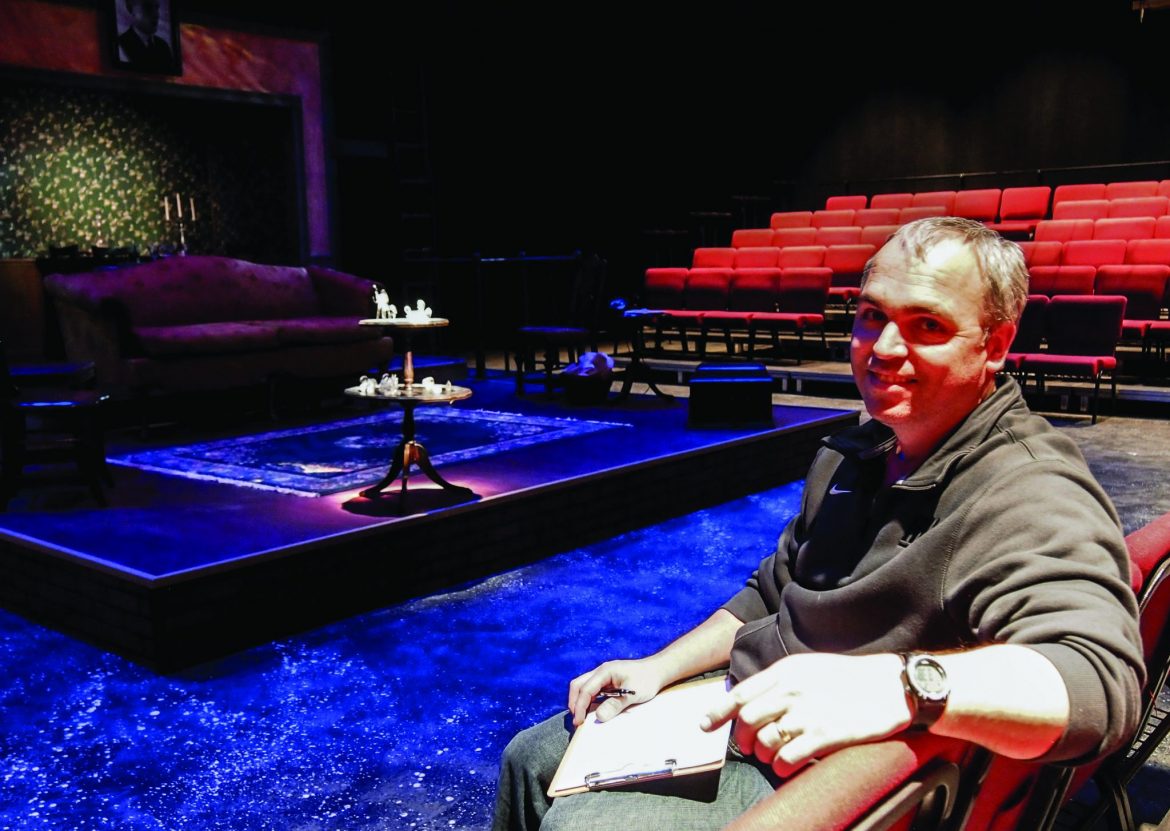 Instructor of theatre Ben Jones was first introduced to Harding when he attended as a student majoring in theatre and English with a teaching licensure. After graduation, Jones and his wife taught conversational English in Italy for two years and lived in Missouri and Tennessee, where Jones taught theater for a public high school.

Jones was hired for an assistant technical director position in Harding’s theatre department in 2008. His main focuses in this role were design and technical work as well as supervision of the student building crew.

Jones said he began to miss the classroom around the time that Dr. Morris Ellis, the previous technical director, retired. Jones applied for the technical director position and was hired as a faculty member in 2013. This promotion added the teaching aspect he was missing, Jones said.

“What I love about working at the college level is that I get to start with students who already have a passion for theater,” Jones said. “My job is to prepare them for an opportunity to continue that passion for the rest of their lives.”

Sophomore Katherine Stinnett said she is currently enrolled in Jones’ lab class and has worked with him in several shows during her time at Harding.

“Mr. Jones always supplies useful knowledge to our field and doesn’t shy away from talking to us about the real-life issues that we might encounter in our future with theater,” Stinnett said.

Stinnett was also a part of the 2016 group that went to New York City with the theatre department over winter break. Jones said he has been taking students on the trip since 2011 to gain insight into the theater world by viewing several plays during the week.

“Each year I bring back the question of how do all these different shows tell so many different stories,” Jones said. “I think exploring these options makes me better as a storyteller.”

Seth Fish, the current assistant technical director, also attended the recent trip to New York City. Fish said he and Jones watched each play with their minds open to how they could transfer aspects of what they were seeing to the Benson stage.