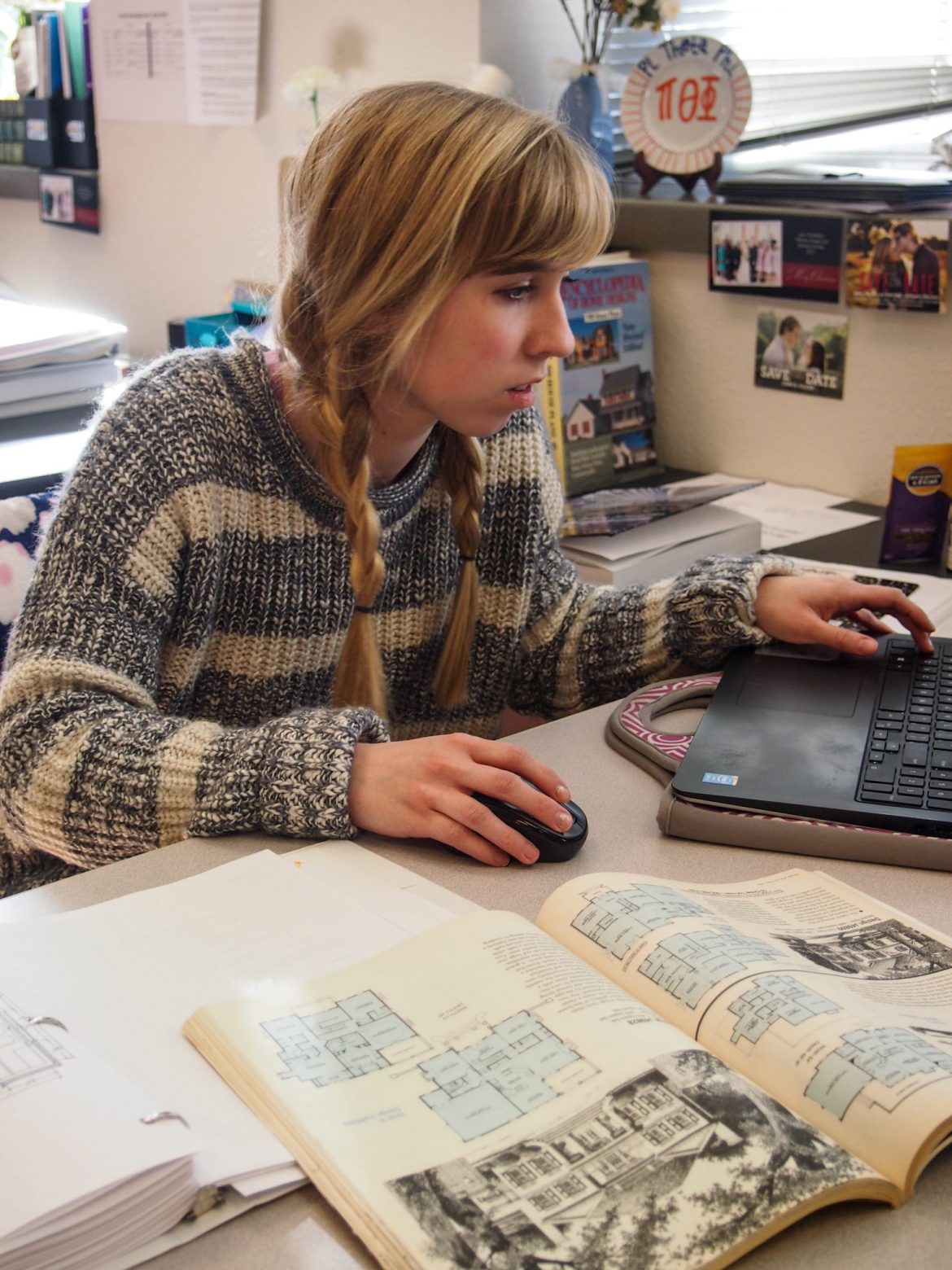 Three years ago, the third floor of the Olen Hendrix building received a facelift. Nursing textbooks and anatomy posters were replaced with a wood cutter and paint, flooring and fabric samples.

According to Amy Cox, assistant professor of art, the building was renovated after the Council for Interior Design Accreditation (CIDA) suggested that the Department of Interior Design was in need of a new space. Before the recommendation, the department was spread out between the Stevens Art and Design Center, Ezell building and Lee building.

According to Cox, a noticeable theme in the new space is the idea of complete functionality, flexibility and adaptability. All chairs and tables can be easily moved, and almost no space is wasted on storage. Instead, students have their own portable filing cabinets they can take across the building.

“I spend so much of my time in this building,” junior interior design student Becky O’Briant said. “Because of how open and efficient the space is, I never feel suffocated, or like the space is closing in on me. If I felt that way with the amount of time I have to spend in here, it would be impossible to get anything done.”

According to Cox, there are three studios upstairs, as well as a gallery. At the beginning of each semester, the students work together to arrange the studios in order to add a personal touch.

According to Cox, the renovations made were mostly cosmetic, and the cabinets and drawers from the nursing department were left. She said the pieces left behind were functional and saved money in the long run.

Cox said professors used the redesign as a collaborative learning experience by allowing students to help decorate the neutral walls with temporary accessories and pops of color.

Pictures from art department trips taken by students and faculty are hung on the walls. Cox said the pictures help “to tell the department’s story” and are useful when giving tours to prospective students.

According to Cox, the workspace includes a conference room where students can have meetings. She said the room has taught professionalism and can be used for video-chatting via webcam and Smart TV.

Students were also challenged to create a student lounge last year, Cox said. They conducted interviews, voted on ideas and took a class trip to an Ikea in Dallas, Texas, where they bought furnishings for the new space. In the lounge, students have access to mini-fridges and Keurigs.

“Students often come (to the lounge) when they need to rest, escape the studio, make phone calls or even just have a snack break,” Cox said.