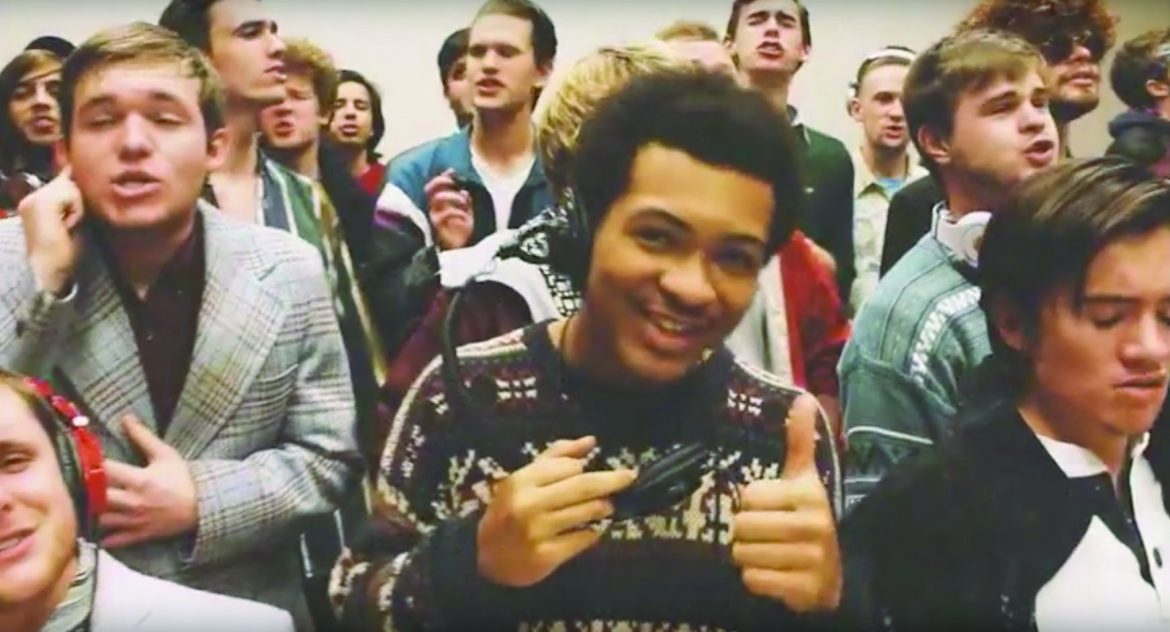 “The beginning of (‘We Are the World’) says, ‘There comes a time when we heed a certain call,'” junior Knights member Cody Cottrell said. “It seems like in this case that the certain call is Harrison.”

This thought is what led men’s social club Knights to make a music video in dedication to 2014 Harding alumnus and former Knights member Harrison Waldron.

What started off as simply wanting to remake the music video for the 1985 hit song, “We Are the World,” quickly turned into a dedication. As members listened to the words, Waldron and his medical situation came to mind.

In August, Waldron was involved in an ATV accident and suffered from extensive brain damage. One of the directors of the video, Knights senior member Zach Hailey, said he wanted the song to remind people of Waldron and to raise awareness for his situation.

“As months go on, it can be easy to forget, especially since he is improving,” Hailey said. “We wanted to remind everyone that this is still going on and that he is still pushing himself to the limits to heal.”

New and old Knights members alike gathered together Nov. 15 and 18 in order to make the video. Sophomore Knights member Jordan Huntley said it was an unforgettable experience seeing the new members participate even if they did not know Waldron.

“It made me smile, gave me chills and made me very proud to be part of such a loving family,” Huntley said.

Hailey said the comedic moments of the video mixed well with the ballad parts of the song. Junior Knights member Mitchell Brooks agreed.

“We wanted there to be something where people could laugh at and have fun with while also being able to do something to help,” Brooks said. “I think we all hope that Harrison will be able to watch it and know Knights are all still thinking about him and looking for new ways to help.”

According to Hailey, the newest way to help Waldron now is by purchasing sweatshirts. Hailey designed the white crewneck sweatshirts to parody the “USA for AFRICA” sweatshirts that some artists wore in the original music video.

Hailey said the club goal is to sell at least 500 sweatshirts by the end of Christmas break.

As of press time $5,130 has been raised.To buy a sweatshirt, visit www.booster.com/help-raise-money-for-harrison-and-hayley-waldron. All proceeds go toward Waldron’s medical bills and other expenses.