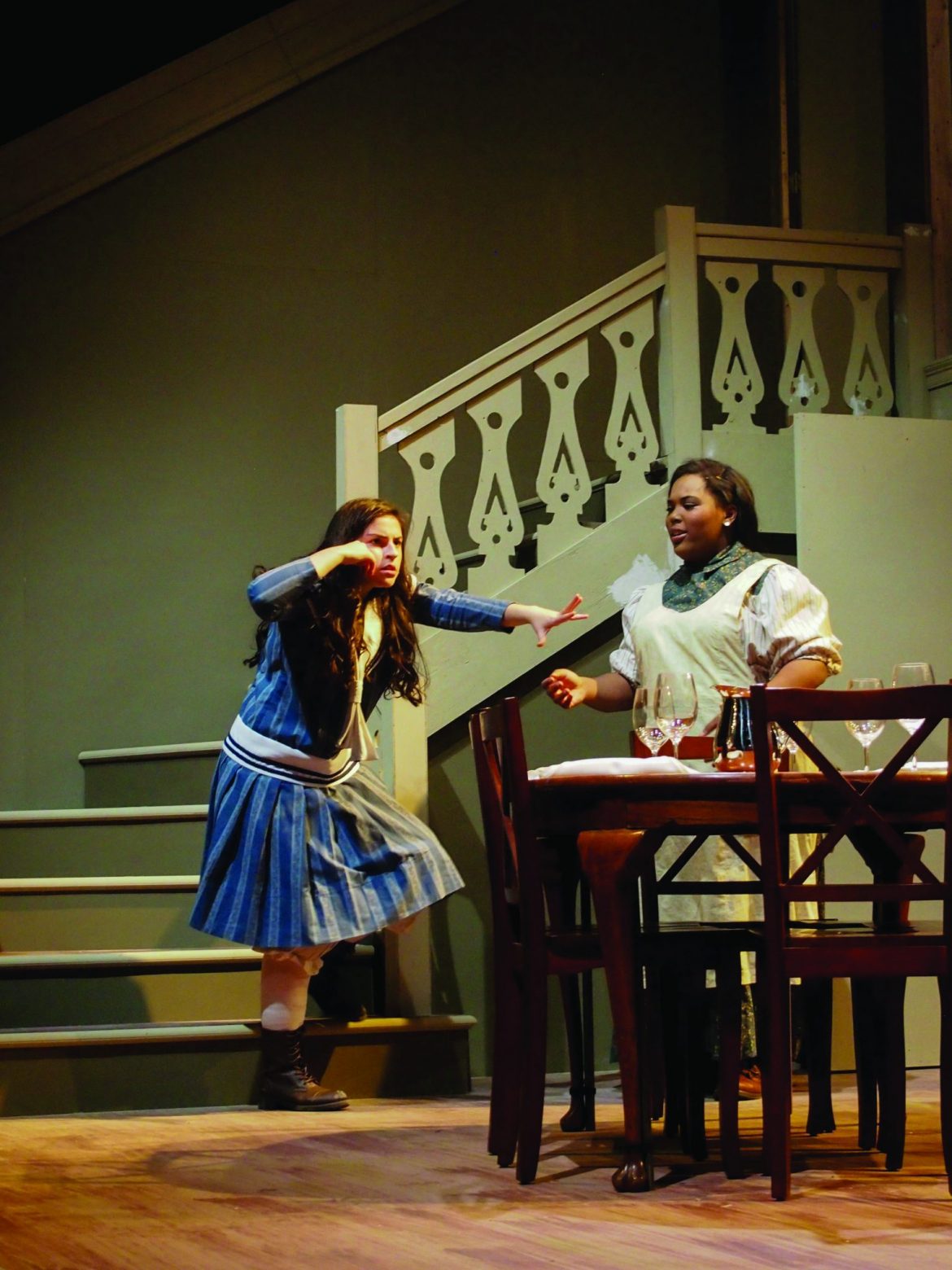 The Harding Theatre Department is finishing off the semester with the story of Helen Keller in “The Miracle Worker.”

“The Miracle Worker” follows Keller, played by junior Rachel McCready as she learns to navigate the world without sight or hearing.

“I love the story,” Dottie Frye, theatre professor and director of “The Miracle Worker,” said. “(It) is a story of inspiration and the fact that it is real is what’s exciting. We do one-on-one work on understanding who the character really was and how can Holly bring that to the stage and make it come alive.”

Cannon said she is excited to tackle the challenge of playing such an inspiring character.

“Anne Sullivan is a historical character and (the play) is a historical piece,” Cannon said. “I did a ton of research and preparation over the summer. And I helped with the auditions since I was precast because it was my senior (seminar).”

Approximately 15 women auditioned for the part of Keller, according to Frye, and McCready was chosen.

McCready said she was not involved with theater until college, but she is enjoying and thriving in her role as Helen Keller.

“It’s really hard to pretend that I cannot see or hear anything,” McCready said.

In order to immerse herself even further into the role, McCready said she will not be wearing her usual contacts or glasses during the show.

“Not being able to read people’s expressions during the show makes me just one step closer to what Helen’s life would look like,” McCready said.

McCready said one of the most challenging aspects has been looking at things, but not allowing herself to fully register what she is actually seeing.

“Helen was a smart, smart child but she was lost,” Frye said. “The ultimate gift is when (Helen’s mom) realizes that Anne Sullivan will open the world for this child.”

Cannon is not the only student whose senior seminar project is connected to “The Miracle Worker.” Senior theater major Alli Lee is in charge of the costumes.

This includes designing new costumes and pulling from what the theater department already has available. Lee worked to adapt those pieces with McKay Murray, the department’s full time costume designer, to create the perfect costumes.

Both Cannon and Lee have done extensive research to put the show together while still maintaining the historical accuracy of the show.

“The story is more about a cure and (a) hope that comes,” Cannon said. “We’re all broken people. It’s really powerful to see and be a part of because it is so raw, fresh and honest.”