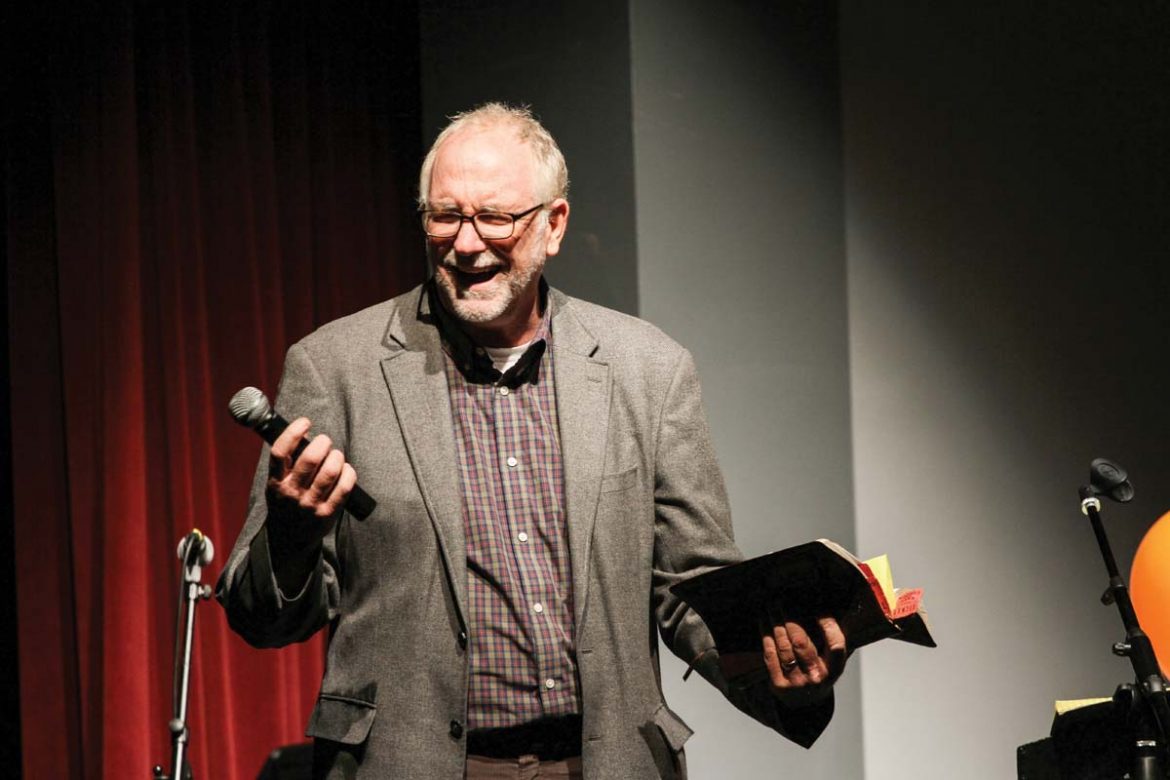 The Mitchell Center for Leadership and Ministry (MCLM) hosted “A Night for Justice and Mercy” on Dec. 4-5 for one hour of credit. Brad Montague, creator and director of the YouTube character Kid President, Bob Goff, Ugandan consulate to the U.S. and author of “Love Does,” visiting missionary Alan Howell, and assistant professor of Bible Nathan Guy, were keynote speakers.

Seventy-five students were enrolled in the course. The number of students who attended was above average, according to Dr. Andrew Baker, director of the Mitchell Center and assistant professor of Bible. Junior Mason Williams said he attended the seminar because the topic was interesting to him.

“I got to hear from several very wise people … who have gone out into the world and are quite successful, to say the least, yet they still have a strong faith foundation in God,” Williams said. “I talked with both Brad (Montague) and Bob (Goff) and was able to have just regular conversations; they haven’t let pride get in the way.”

Montague said Harding has been a special place to him since he first visited in junior high for the National Leadership Forum. He has been featured several times at Uplift, a yearly summer camp hosted by Harding.

Goff, who is also a lawyer and a professor of law at Pepperdine University, was invited to speak by Baker. He said his duty is to be accessible to people.

Baker said the theme of the seminar derived from the research that students from the leadership and ministry, media ethics and social work capstone classes,The Roosevelt Institute, and selected business students have done this semester regarding different aspects of poverty in Searcy. Baker said this was the first time students from four different departments and an organization have completed a project together. The students presented their research and resolutions during the seminar Saturday afternoon after a panel discussion with Harding alumni Terrance Talley, a social worker in New York, and Beki Dunagan, assistant director of the Arkansas Department of Human Services Division of Children and Family Services.

Montague and Goff spoke in the Administration Auditorium Saturday night, which was open to all students and the public. Terrance Talley and the East Coast Singers, a singing group from New York, performed before and after the keynote speakers.

Montague said students have the opportunity to take the principles of justice and mercy in any field of study to minister to others.

“I’ve come to learn if you’re truly about justice and you’re truly about mercy then you’re about the same thing God cares about,” Montague said. “I think that it’s going to be really exciting to see what Harding students do after this weekend or after their time here.”

Goff said justice and mercy is shown through loving others. He said he receives hundreds of emails and phone calls a day and answers them to help others feel respected.

“As an advocate, as a guy that argues for a living, I just know that loving people always works, and I just want to do something that will work,” Goff said. “If (your life) isn’t working for the people around you, it isn’t working for you.”

Baker said the seminar fulfilled expectations and taught him the importance of humility. He said he hoped students were as inspired as he was.

“If you listen to all the speakers, I think what rang out is that you have to humbly love and what comes from that is justice and mercy,” Baker said. “I hope what students heard was an invitation to participation.”