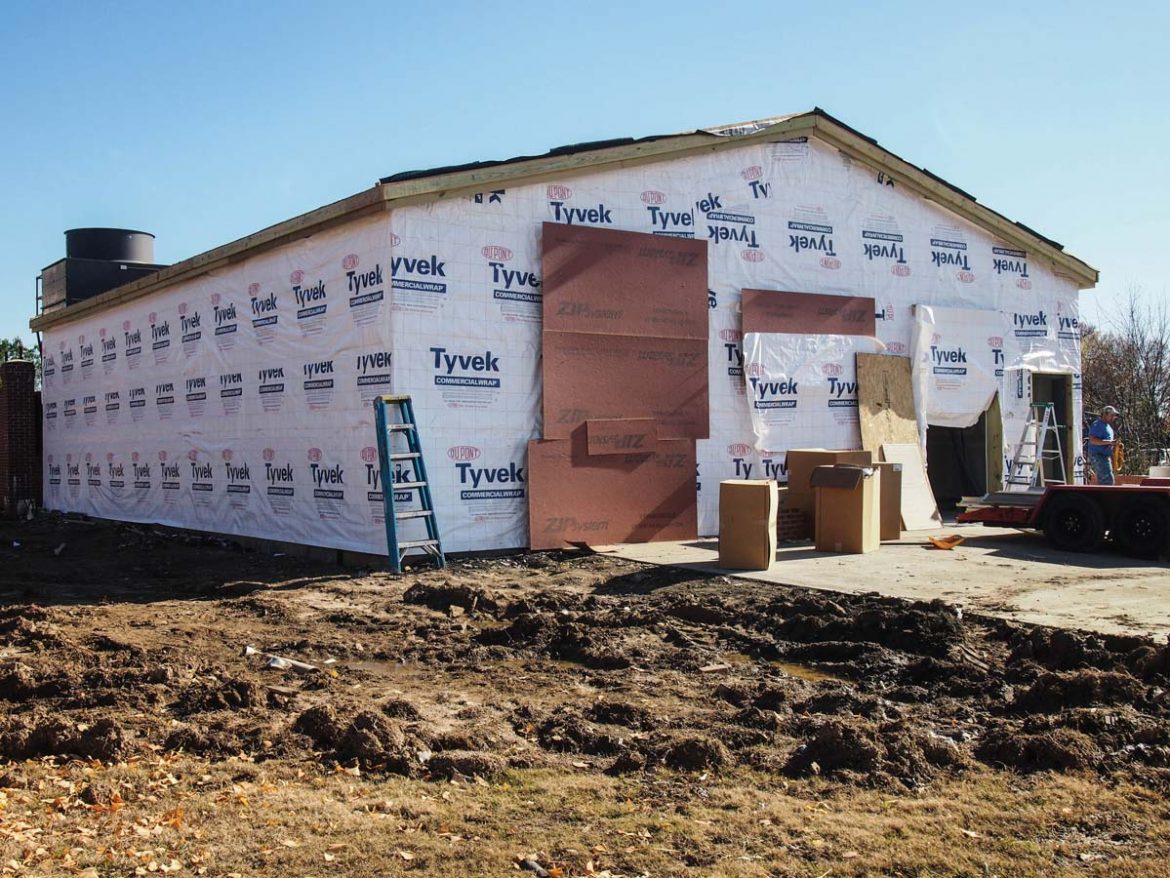 After a fire in a mechanical building shut down Internet and phone communications to the physical therapy (PT) program located next to Unity Health’s south campus on South Main Street, as well as heating and cooling options to the Swaid and Christy Swaid Center for Health Sciences (Swaid) and the Henry and Grace Farrar Center for Health Sciences (Farrar) buildings on Sunday, Nov. 15, Harding officials are assessing the situation and working to complete reconstruction of the fire-stricken building.

According to Danny DeRamus, director of Physical Resources, after learning about the fire, his department and others began work immediately to restore communications and heating and cooling to the affected buildings.

“I found out about the fire on Sunday morning at 5:15,” DeRamus said. “By the time I got (to the scene), there were three fire trucks fighting a fully (engulfed) building. We started cleaning up some after the fire department let us in and started doing an assessment of the damage. Dana McMillion, (maintenance director of Physical Resources), contacted a few equipment vendors to see about renting A/C and heating equipment to install if we could not get something in the plant running.”

DeRamus said that after the insurance company’s forensic investigators released the building to his department on Wednesday, Nov. 18, David Kelly, director of special projects, brought in a crew to start the clean up procedures. In addition, McMillion led efforts to remove pump motors and valves from the building that could be refurbished to make the building operational again.

According to Assistant Vice President of Information Systems and Technology (IS&T) Mike Chalenburg, his department was notified of the fire around 6 a.m. on Sunday, and by 9 a.m., they had begun planning for interim restoration of communications to the buildings impacted by the fire. At 9 a.m. on Monday, a plan had been developed, and at 1 a.m. on Tuesday, network service was restored to the Swaid and Farrar buildings. Network services to the PT program building were restored on Wednesday afternoon.

Assistant Provost for the Center for Health Sciences Dr. Julie Hixson-Wallace said that the main concern of her department and faculty was the network connection, as all of their tests require Internet connection to be completed. Faculty was instructed to have students upload or complete tests at another Internet-accessible location. Also, students were asked to dress in layers to adjust to the fluctuating temperatures with no heating and cooling systems in place.

Hixson-Wallace said that while a couple of days towards the end of that week became a little warm, things could have been a lot worse, and she was thankful for the swift response of the departments who exceeded her expectations for restoring all that was lost in the building.

“It was an incredibly smooth process,” Hixson-Wallace said. “The dedication of all the people who were involved, from IS&T to Physical Resources, was just really commendable. They worked around the clock.”

While all systems are restored to all buildings impacted by the fire, construction is still taking place on the mechanical building, and according to DeRamus, the process of replacing and reinstalling permanent equipment will take several months to complete as some of the equipment can take a while to arrive.

Physical Resources is now evaluating the situation and working to equip the three mechanical buildings on campus with fire safety devices and systems and to reevaluate the need for such systems in small buildings and storage sheds.

“Taking care of people is our main focus when we install fire safety devices and systems, but this event has brought to our attention the need for protecting our ability to supply essential services to those buildings also,” DeRamus said.

IS&T is examining the issue as well, and is taking steps to ensure that in the event of a similar situation, network service to buildings on campus remains online.

“We have learned several things, but the main one is that we will be installing another fiber pathway to the Swaid building,” Chalenburg said. “The mechanical building wound up being a single point of failure. We try to avoid those, but this one slipped through somehow.”