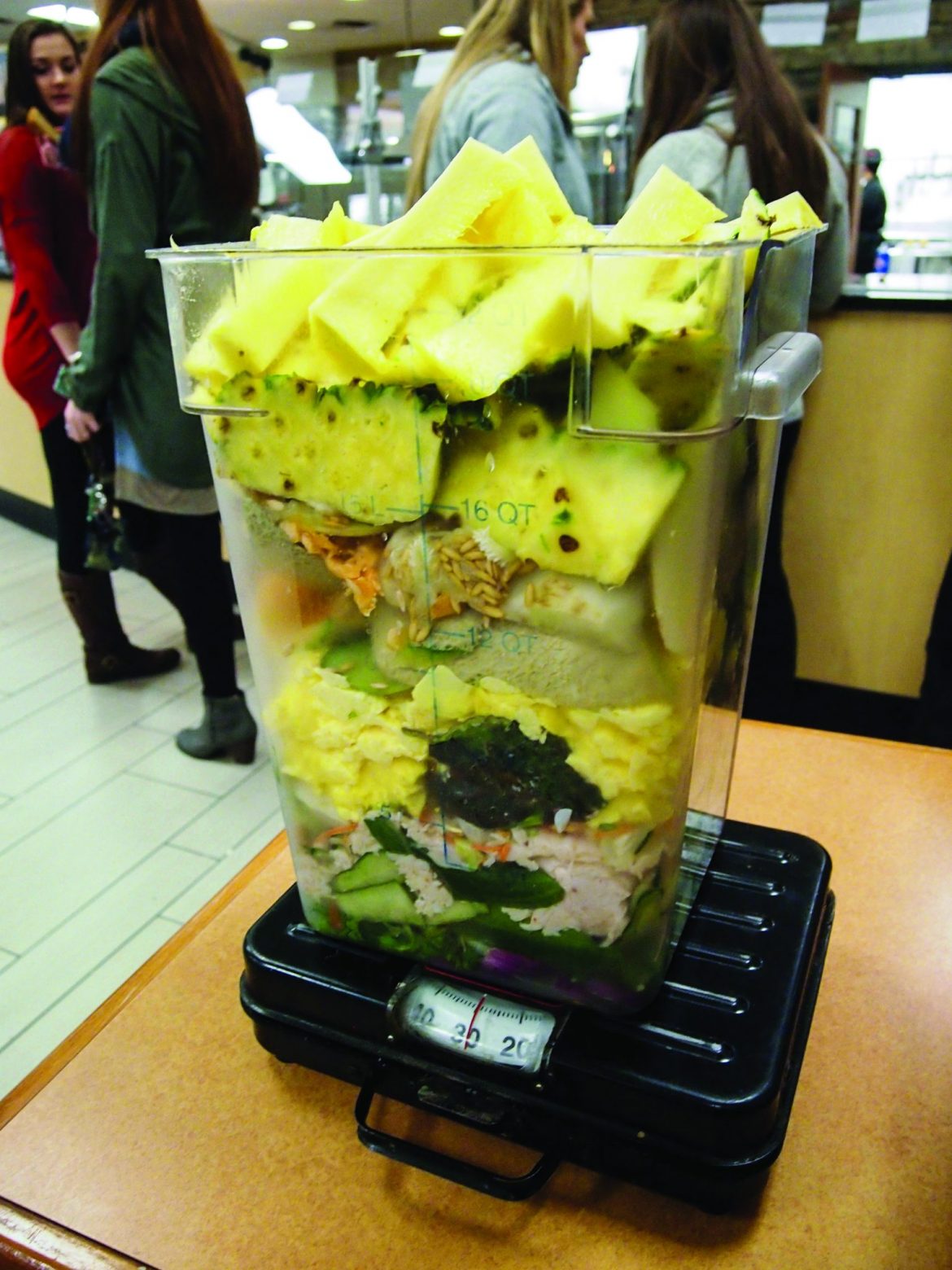 Aramark hosted a “Weigh the Waste” program in the Charles White Dining Hall from Nov. 30 to Dec. 4.

This marks the first time a “Weigh the Waste” program has been implemented in conjunction with Harding’s dining services. According to Aramark District Marketing Manager Kasey Schluterman, the goal of the program is to bring visibility to the subject of post-consumer food waste, as well as reduce the amount of food being thrown away on a daily basis.

“While we measure every bit of waste behind the scenes in our kitchens, we do not have a regular form of measuring the waste that comes in from our customers,” Schluterman said. “This is a good way of showing that waste and bringing awareness to our customers.”

“Weigh the Waste” is a national program run through Aramark and is not limited to Harding. According to Schluterman, the program is currently being launched at all Aramark higher education accounts in Arkansas during one semester each academic year.

In order to participate in the program, students deposit any leftover food that remained on their plates into a designated bin after dining in the cafeteria.

According to the World Research Institute (WRI), about one-third of all food produced worldwide (worth around $1 trillion) gets lost or wasted in food production and consumption systems. In the U.S. alone, 30 to 40 percent of the food supply is wasted, equaling more than 20 pounds of food per person per month.

The waste collection team at Harding, run by a variation of Aramark’s front line associates, concluded that from Monday to Thursday an average of 105 pounds of food was wasted per day in the cafeteria.

In addition to raising awareness of food waste, Schluterman said the program provides an opportunity for the dining team to focus on sustainability at Harding.

“While the goal is to reduce food waste, there is also a great opportunity for the dining team to support and encourage the sustainability focus at Harding,” Schluterman said. “We have an extremely important role on the campus and could be a strong partner in the sustainability efforts of the campus.”

Another “Weigh the Waste” program is scheduled for the spring 2016 semester at Harding, and although the exact date remains unspecified, it will be another week-long program.