Home Lifestyle A year in reed-view 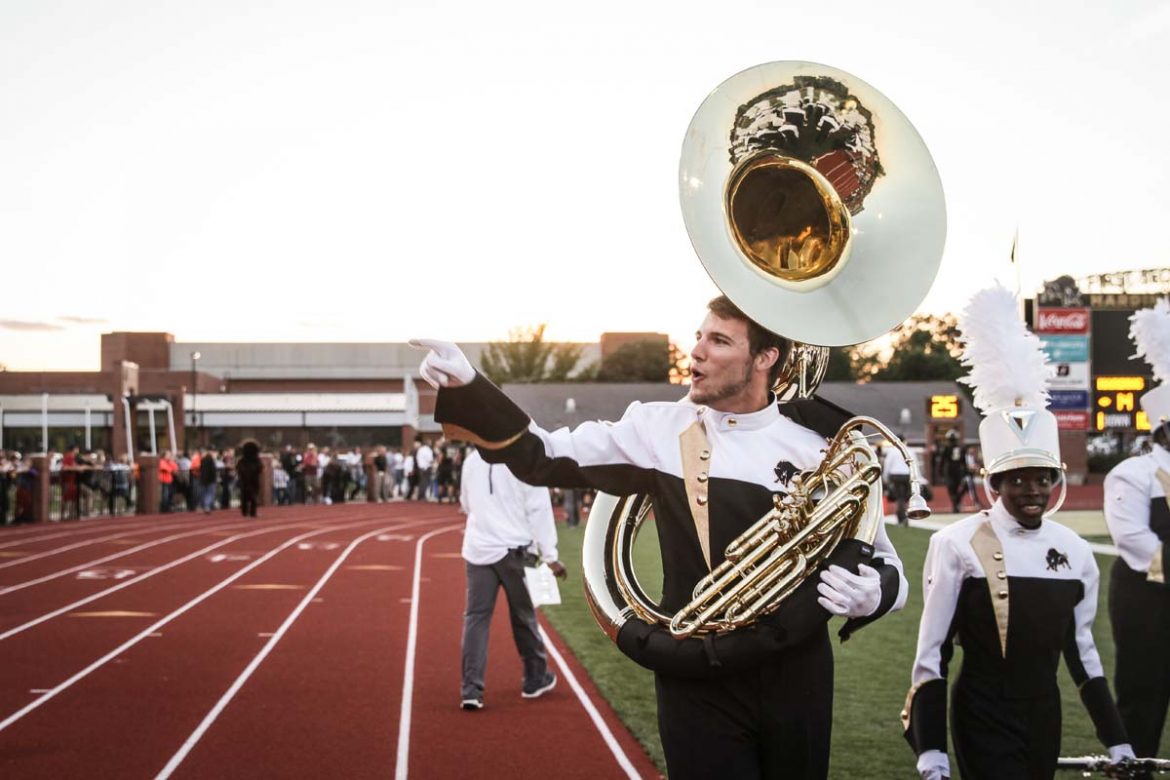 The Thundering Herd marching band has been preparing for its Homecoming performance for months.

The upcoming show, titled “The Year in Review,” will be the same show performed during the last home football game on Oct. 10. According to junior trombone player Drew Howerton, performing shows multiple times provides additional practice and familiarity with the routines.

“Thankfully we got to perform the show last Saturday,” Howerton said. “Now we’re in that rest period between the shows, so we can fine tune, tweak, and work on the music and the drills.”

In addition to required practice and football games, band members had an extra opportunity to perfect their craft on Oct. 20 during the Riverside High School annual marching competition. The Thundering Herd was the exhibition band at the competition, which marked their third performance of the show.

The show features four main marching tunes: “Lips Are Movin'” by Meghan Trainor, “I Bet My Life” by Imagine Dragons, “Fancy” by Iggy Azalea and “Geronimo” by Sheppard.

Preparing for the shows can be stressful work, according to senior saxophone player April Jones. Jones was the band president last year, and is currently one of the two saxophone section leaders. She is working on polishing the saxophone section of the show, making it sound “even bigger and better.”

“We put ‘The Year in Review’ show together in four two-hour rehearsals,” Jones said. “It requires a lot of focus and time commitment outside of rehearsal.”

While Jones has performed in multiple Homecoming shows, some band members will be playing in their first one this year. Freshman tuba payer Parker Samuel described his feelings about the upcoming show as “nervous, but even more excited.”

“The most stressful aspect is having to learn a lot of drills and music before your first performance,” Samuel said. “But I’ve really come to enjoy it after performing in three football games this year.”

The halftime show is not the only musical performance the Thundering Herd exhibits during football games. The band also plays stand tunes, which are songs played in between downs or during timeouts.

“I love playing both the halftime shows and the stand tunes,” Samuel said. “Whenever a certain play is made, we have different songs ready to go, and it’s really fun.”

The Thundering Herd Marching Band is set to perform “The Year in Review” show during the home football game on Oct. 24. For more information on the Thundering Herd, and other Harding bands, visit https://www.harding.edu/academics/colleges-departments/arts-humanities/music/ensembles/bands.

Professor awarded Educator of the Year