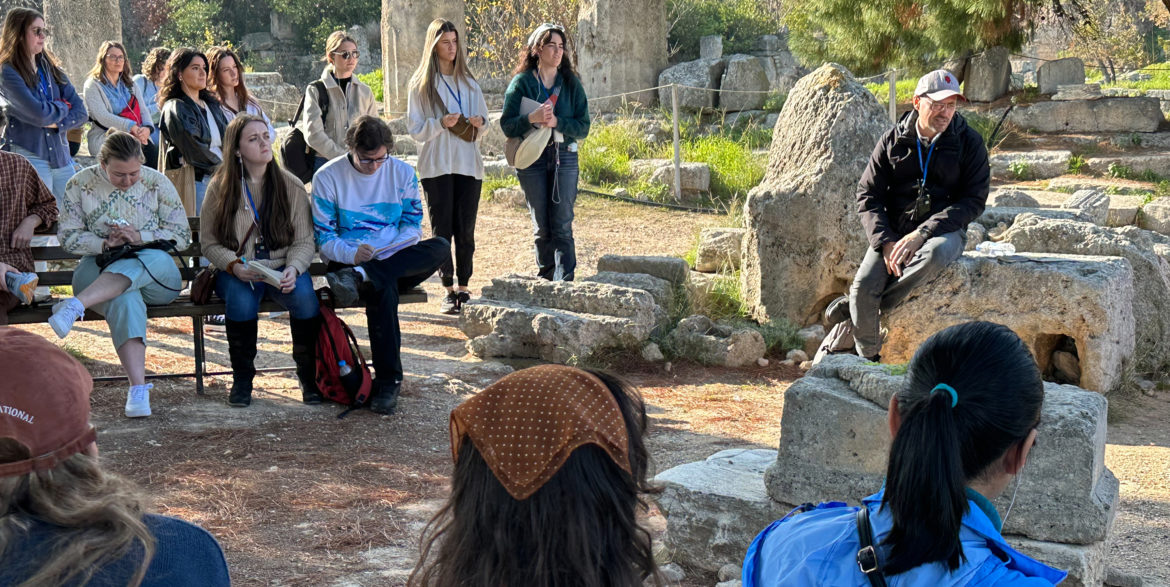 The Honors College embarked on a study abroad trip for the first time in about a decade to Greece with 43 students over the Christmas break.

Dr. Jim Miller, associate professor of communication and one of three faculty members who led the group, said this trip, held Dec. 27 to Jan. 7, was the first of its kind for the Honors College in 10 or 15 years, and it won’t be the last.

“We’re wanting to provide our students with opportunities to travel abroad, to study abroad, that maybe they wouldn’t have otherwise,” Miller said. “… We’re planning to make this an annual excursion and annual study abroad experience just for honors students.”

Students who went on the trip said the opportunity to visit a new country and learn about different cultures gave them new perspectives.

“The classes that were given by Dr. Miller and other speakers were really meant to be thought-provoking and made you critically think about how people move and the effects of migration and whatnot,” senior AJ Hudkins said.

The specific theme of the program, Miller said, was “a masterclass in people movements in the Middle East.”

“That’s sort of our goal with a program like this, is to make it sort of a masterclass situation, where we’re digging really deep into a certain theme,” Miller said. “We’re bringing in experts who can help us dive deeper and kind of have a broader, more holistic and also a deeper and richer study of some specific topic while we’re studying abroad.”

Miller said the group explored the story of the Exodus and archaeological evidence of that story while making applications to today.

The program connected with an organization that works with refugees in Greece. Students were divided into three groups to allow each to have dinner with a refugee family from Afghanistan on different nights.

“They told incredible stories about their journey from Afghanistan, and why they fled, and how they ultimately wound up in Greece, and just the harrowing stories of their journey to create a better life for themselves,” Miller said.

Junior Grace Bing said the trip gave her new perspectives, both from experiencing a new culture and from the opportunity to build relationships with new people.

“It was just being in an environment with a lot of like-minded honors students from all sorts of majors and disciplines and being able to experience these things together, build these memories and to discuss and bounce ideas off each other,” Bing said. “… It was just really fun because I don’t ever get to see a lot of those people.”

Remembering the legacy of Dr. King