At least two cows that were spotted on campus on the night of Wednesday, Jan. 11, caused much excitement as many students tried to spot or chase them as they ran around the area.

Public Safety director Craig Russell said multiple cows escaped from a trailer that was headed to a cattle auction on the south side of town. The number of cows that made it onto campus can’t be confirmed, but there were at least two. Though seen walking together behind Cone Hall, the bovine duo seems to have eventually separated as multiple student eyewitnesses only claimed to have seen one cow. Kevin Davis, the assistant director of Public Safety, said several Public Safety officers were involved in trying to corral the cows while they were on campus, but the animals ended up running off campus, where Searcy Police Department officers and Searcy Fire Department firefighters were involved in chasing them down.

That night, senior Claire Chesney received a text from a friend that there was a cow loose on campus and went with her roommate, senior Aiden Moore, in an attempt to drive around and find it. After following a police car down Beebe-Capps Expressway, Chesney and Moore saw three more police cars and a firetruck in front of Fellowship Bible Church, with officers looking for the cow in a ditch. Chesney said there were several other students driving around also looking for the cow. After continuing down to the Big Red gas station on the corner of Beebe-Capps and Remington Street, Chesney said she finally got a glimpse of a cow.

“The first thing we did when we saw him was we rolled down our windows and started mooing at him,” Chesney said. “I ended up calling the police to tell them we had eyes on the cow because we hadn’t seen any cops since we left Fellowship. We followed him along Gin Creek back behind the Swaid Building … After following him for about 20 minutes, we felt like we were just in the way of the cops, so we went home.”

Junior Elise Siklosi also saw the cow while it was near the Big Red gas station.

“I stop at the stop sign right next to Warehouse 4, and I look way ahead of me by Big Red, and I see this thing, this animal, and I’m like, ‘That’s a funny looking dog,’ and then I’m like, ‘That’s no dog, that’s a cow,’” Siklosi said.

Siklosi said at one point the cow ran into the middle of Beebe-Capps, and she corralled it with her car until it ran into the brush across the road so that it would not be hit by oncoming traffic.

Russell and Davis said, though it’s been a while, this is not the first time livestock have been loose on Harding’s campus. According to Russell, about 10 years ago, another cow was loose on campus after also escaping from a trailer on the way to the cattle auction. Davis said that in the late ‘90s, an ostrich escaped a nearby meat processing plant and found itself being chased around campus.

As for the cows from last week, Davis said they were loose for a day or two after they were seen on campus but have been recovered.

Russell said students should be cautious if they ever see animals such as a cow on campus because animals can cause extensive damage when spooked.

“Call 911, because if there’s a cow wandering around on campus, it’s not supposed to be there,” Russell said. 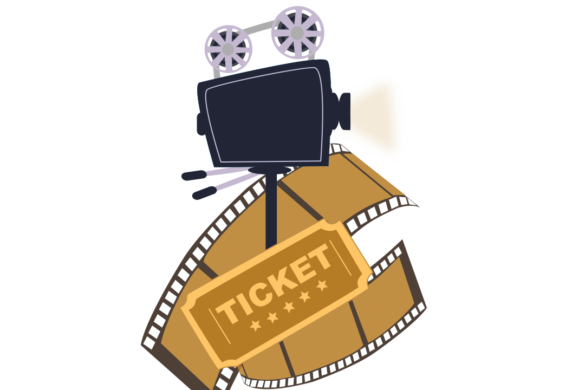