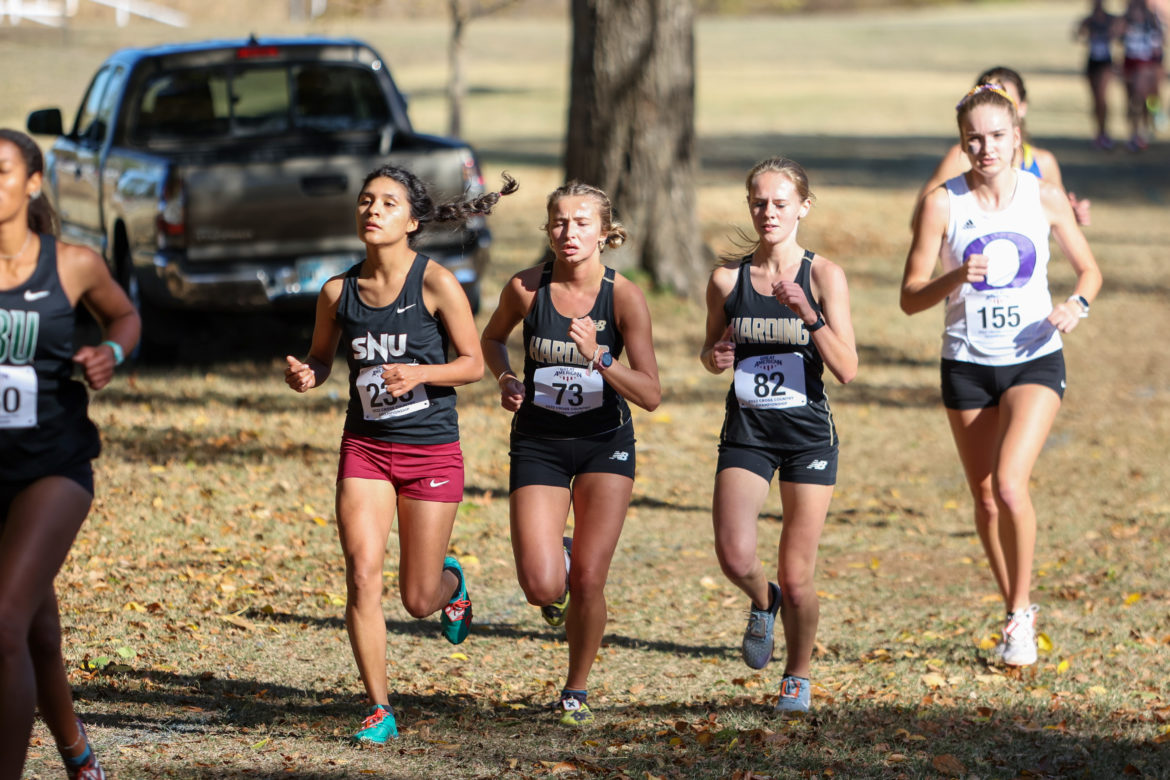 The Harding men’s cross-country team wrapped up a successful season last month with an appearance at the Division II Central Region Championships. Out of 28 teams at the event, Harding placed 11th —  their best finish since 2015. Junior Matt Ingalsbe said the team was very proud of where they ended up.

“It feels fantastic, honestly,” Ingalsbe said. “We have a great team, and it is only going to get better over the next couple years.”

Harding cross-country could certainly improve on this result in the next couple of years, as four of their top five finishers were sophomores or freshmen. This included sophomore Luke Walling, who had the fastest time for a Harding runner at a regional race since 2008. He finished the 10k race in 30 minutes and 24.6 seconds.

“He cut more than a minute off his regional time last season and placed 28th,” a Harding Sports article said about Walling. “Walling’s 28th-place finish was Harding’s best since Lucas Goodspeed placed 12th in 2015.”

“Harding is just getting started — they ain’t ready for us,” Haileab said. “Other schools around the country look past us but once we hit our stride, they about to be scared.”

As for this race though, Haileab wasn’t sure he would be able to run, making his second-place finish among HU runners all the more unlikely.

“I was very surprised with my performance at regionals due to the fact the week prior to the race I could barely walk,” Haileab said. “I developed a strained quad. Doubt and fear started entering my mind, but I started thinking happy thoughts. For example, whenever the pain started during the race, I started replaying the movie scene from Finding Nemo — ‘just keep swimming’ — but substituted it with running.”

Ingalsbe said the hard times during the race were nothing compared to the training during the season, but that was the point.

“It takes hundreds of miles,” Ingalsbe said. “So many hours of training, whether that be running, lifting or even mental preparations go into a season like this. It really is not as simple as some would make you think.”

All the hard work paid off as sophomore Zach Reed joined Haileab and Walling in finishing under 31 minutes. It was the first time in program history that Harding had three runners under 31 minutes in a regional race. Freshman Nate Perry and senior Jackson Pruim rounded out Harding’s top five, giving them the 11th place finish.