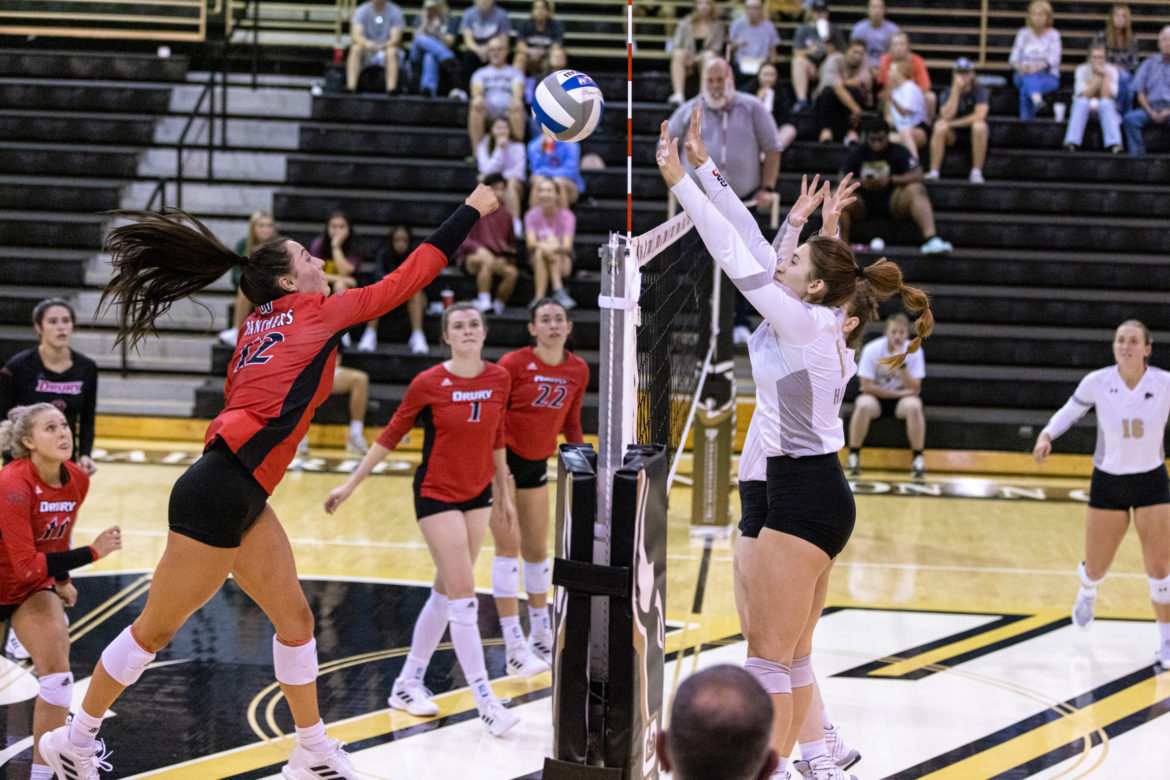 The Lady Bison volleyball team finished their 2022 season on Nov. 18 as season and tournament champions in the Great American Conference (GAC), with an overall win record of 30-2 and an undefeated conference record of 19-0.

The team also set a new school record with a 28-game win streak. The previous record was 17 games, which had been set by both the 2002 and 2005 teams.

Head coach Meredith Fear said breaking the previous win streak record was something she thought was possible but not probable.

“I think what this team did really well was strike a balance of being confident, without being arrogant,” Fear said. “Knowing that we had the ability to win … but we never made assumptions, we knew we’d have to work for it. And they definitely worked for it and earned it.”

Individual members of the team earned a significant amount of awards throughout the season as well, including 10 GAC player of the week recognitions for five different players and a number of conference recognitions. The most significant, however, was senior middle blocker Kelli McKinnon, who not only won the most individual awards, but was the first player in GAC history to be awarded GAC Player of the Year, GAC Elite Scholar and GAC All-Tournament MVP in the same season, according to Fear.

“I am very honored to have received all the awards I did this season,” McKinnon said. “However, striving for these honors was never my intention, but rather to play for my teammates and to see the success in the team as a whole.”

This year’s team was an experienced one, with nine seniors on the roster. Fear said that of the nine, seven will be returning next year as they have an extra year of eligibility after the 2020 season was canceled due to COVID-19, but she didn’t want to put pressure on the team to perform to the same level next season.

“We’re going to work hard to just stay in the moment and not put undue expectations on ourselves,” Fear said. “Do I think we have the potential to have another really great season? Absolutely, but I’m not putting pressure for that to happen.”

Senior setter Sarah Morehead said the team went into the GAC tournament feeling “really good, both physically and mentally,” but some struggled with new and old injuries when going into the NCAA tournament less than a week after.

“While we didn’t come out on top at regionals, I am so proud of the heart and grit each girl on our team contributed to making our season so special,” Morehead said.