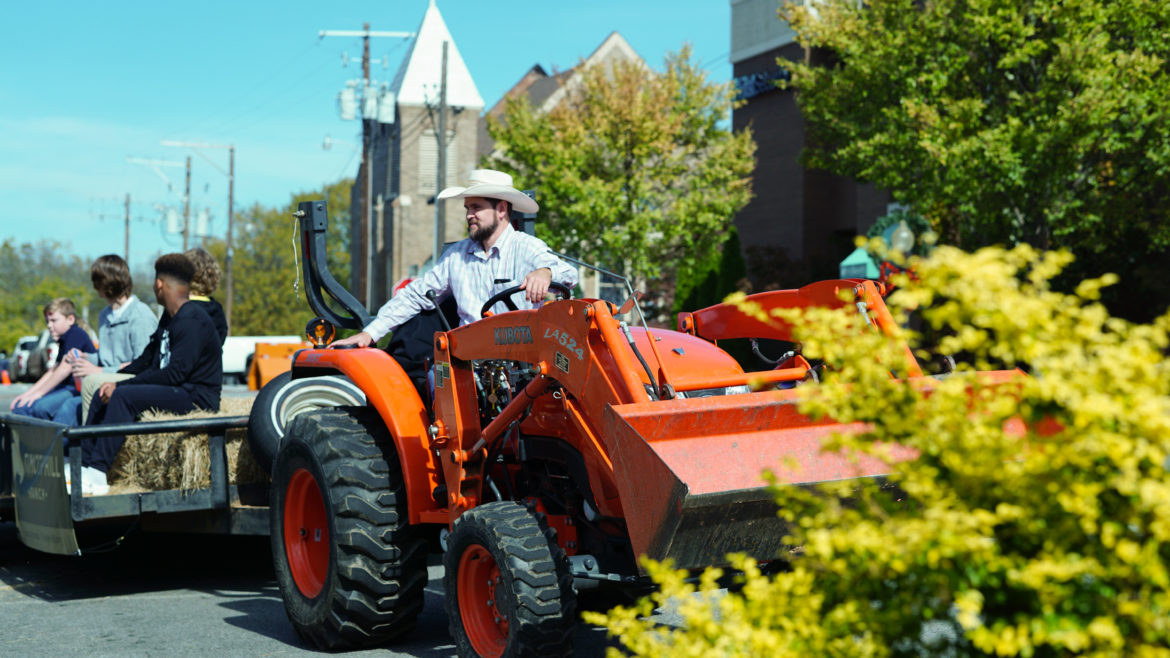 A local organization hosted an annual Thanksgiving event in downtown Searcy to bring members of the community together on Sunday, featuring new activities and collaborations with local nonprofits.

Beats and Eats co-director Marka Bennett said the volunteer group held its sixth annual Thankfulness event from 10 a.m. to 2 p.m. She said this community gathering is one of their favorites to put on each year because it encourages people to connect with others and appreciate all those who work in their town and county.

“We think this promotes just camaraderie in our whole community, people who actually know each other, and then they might see each other at the grocery store, walking down the street or whatever, and they know their names,” Bennett said.

Bennett said event organizers introduced a few new features this year, such as a hay ride provided by nonprofit Timothy Hill. Beats and Eats volunteers also invited other local nonprofits, including White County Aging Program and Jacob’s Place, to set up tents to provide information about their organizations to people walking by.

Volunteers also brought back staple features of Thankfulness Beats and Eats, including the community Thanksgiving table running down the center of Arch Avenue. Organizers encouraged deeper interaction among people this year by placing conversation starters on the table. Six food trucks offered selections ranging from baked goods to Cajun cuisine, and a kid zone provided games for children.

Bennett said White County 100 Families Alliance, a nonprofit that supports families in need, held a food drive at the event where people could give donations such as pasta and peanut butter to a local food pantry.

“Beats and Eats has been a well-established tradition in the Searcy community, and we wanted to have this avenue as well to help others,” Baker said.

Kennect City Baptist Church and their praise band, The Pursuit, provided a live worship service on the square at 10:15 a.m., according to the Beats and Eats Facebook page. Fiddler Ritchie Varnell and the White County Community Band each performed in the afternoon.

Trey Reely, co-director of the community band, said his group gave their first concert this past summer at the Beats and Eats Fourth of July event. For their performance Sunday, he said the band played about 20 Thanksgiving and Christmas-themed songs.

Brittany and Doug Bullion, who came to Thankfulness Beats and Eats with their children, said they moved to Searcy from Louisiana two weeks ago. The couple said they saw this event as a chance to have fun and connect with the community.

“It’s really cool,” Doug Bullion said. “It’s nice to see people coming together and a lot of good food and a lot of friendly people.” 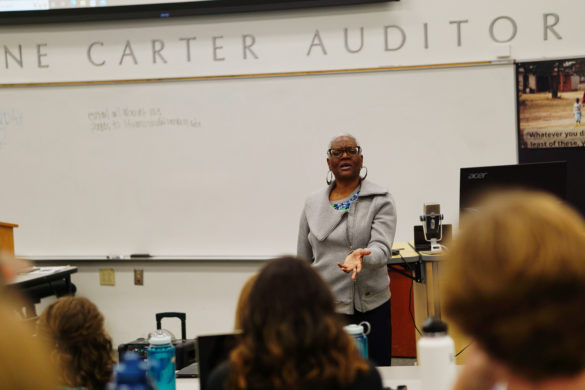