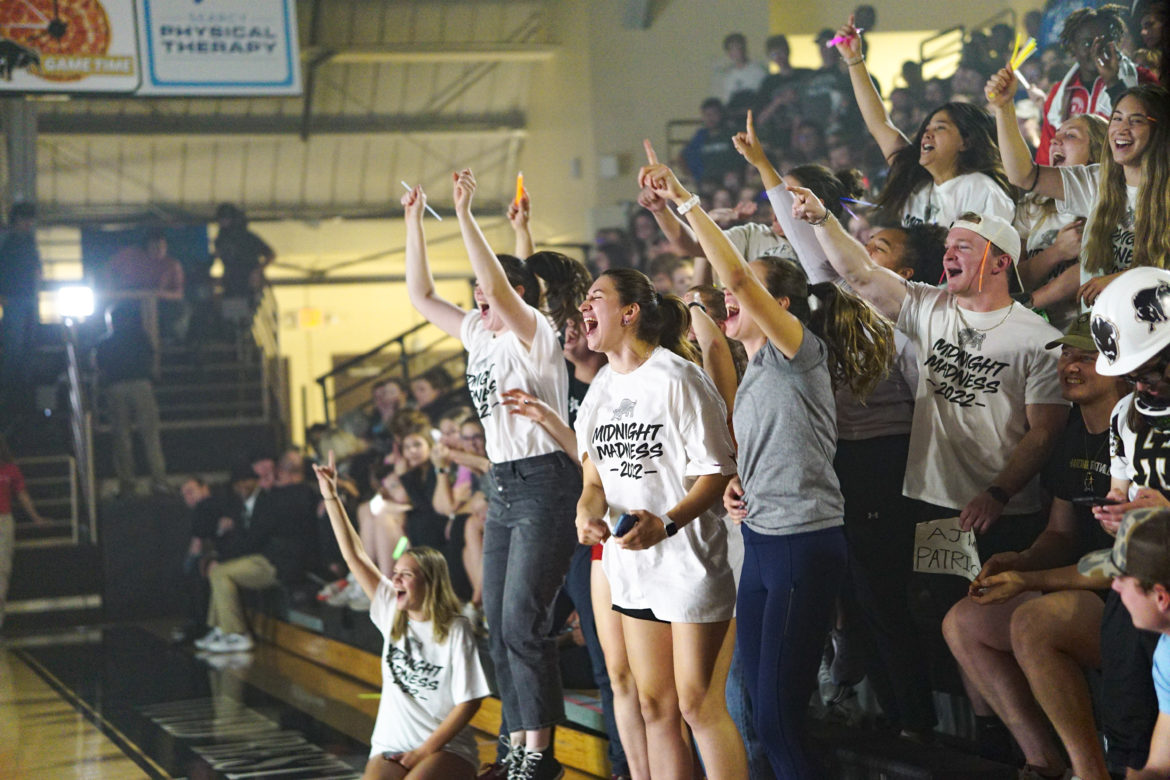 This past Monday night, Harding’s basketball teams kicked off the beginning of their season alongside the Harding cheerleaders and a crowd of supporters at the annual Midnight Madness pep rally.

Prizes and free merch were passed out all night. The first 500 people in line received a free Midnight Madness T-shirt, and those who volunteered or were chosen to participate in one of the competitions throughout the event received gift cards or gift bags.

Assistant Dean for Campus Life Logan Light hosted the pep rally and began the night with an introduction of the Harding cheerleading roster. They gave a short performance accompanied by the Thundering Herd marching band.

A major draw for the event was the promise of a lip sync performance by University President Mike Williams and Executive Vice President Jean-Noel Thompson.

“We’re gonna embarrass ourselves,” Williams said prior to performing, “but it’s gonna be a great time.”

The two walked out to the center of the court wearing suits and fedoras to much applause from the crowd. The dance moves Williams and Thompson busted out made for an inspiring performance.

Various challenges and competitions spanned from “musical pillows,” to knockout, to the infamous half-court shot for half tuition.

Logan Smith, a senior who plays on the Harding volleyball team, showed off her basketball skills in a challenge to make a layup, a free throw and a three-point shot all in 35 seconds. She had assistance from Kendrick Bailey, a sophomore on the women’s basketball team, on the three-pointer, and they completed the challenge with seconds to spare.

“It was thrilling having all those people watching me, and the basketball team was cheering me on, trying to help me feel more comfortable,” Smith said.

A game of knockout between male faculty members was followed by simultaneous games between representatives of the women’s and men’s social clubs. The Ko Jo Kai representative won, giving her club half-priced merch for the spring semester.

“It means a lot that so many people came out to participate and support us,” Taylor Currie, a junior on the men’s basketball team, said. “We want to thank everyone for coming out and encourage them all to show up to our first home game.”

Ella Grace Thompson, a freshman on the women’s basketball team, said Midnight Madness “is an event to kick off the season and to celebrate the players with our Harding community.” The women’s first home game is on Friday, Nov. 11, at 5:30 p.m.