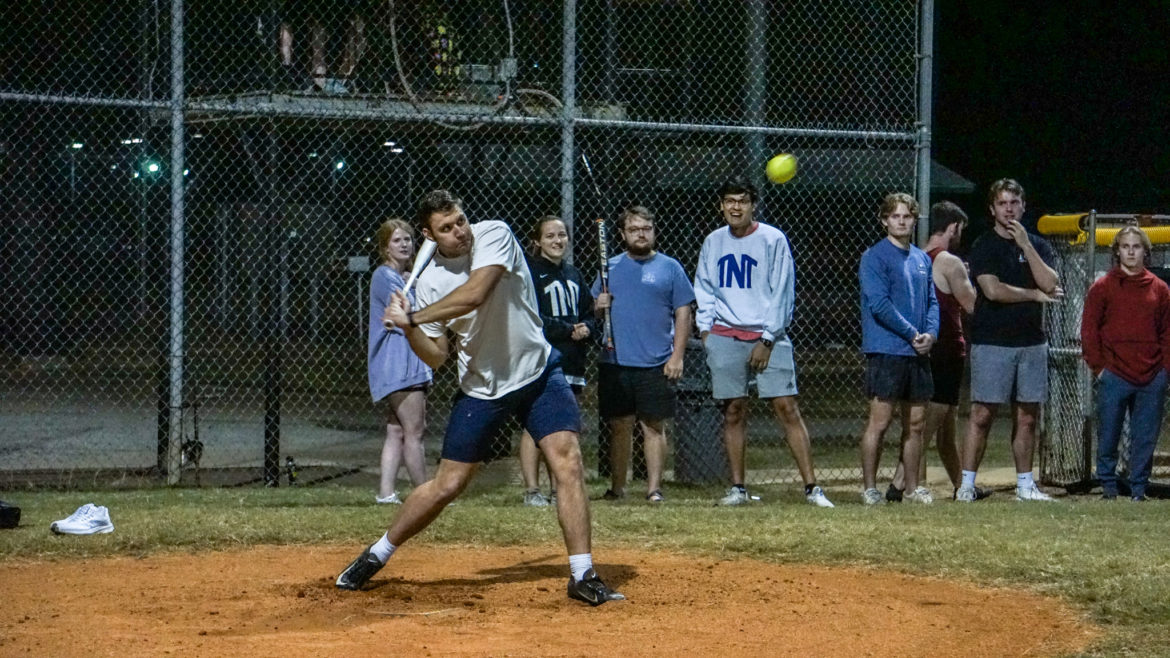 Members of men’s social club TNT hosted a “hit-a-thon” fundraiser as a contribution to Relay for Life on Sept. 30. Members were given 10 attempts to hit a softball as far as they could and used a rangefinder to calculate the furthest distance. They asked friends and family to donate a certain amount of money for each foot their ball traveled before it hit the ground. The event was a part of TNT’s Relay for Life fundraiser with a goal to raise $1,000.

Junior Grant Tiller, who is serving as TNT’s devo/service director this year, participated in a hit-a-thon in high school and saw the opportunity for TNT to raise money and also have fun.

“It’s hard to fundraise in the middle of college with the workload and the lack of available money, but by allowing the guys to get pledges from friends, professors and family members, it takes some of the financial pressure off,” Tiller said.

Past service projects through TNT have been Bisons for Christ, go bags and Relay for Life. They have sold buttons and asked the club for donations as a part of fundraising for Relay for Life, yet this is the first year they have held a hit-a-thon. Senior Landon Johnson participated in the hit-a-ton and was on TNT’s A team softball. Before the event, he was looking forward to incorporating something he already enjoyed doing into a fundraiser.

“I think TNT is a club where there are a lot of guys that come closer through club sports,” Johnson said. “I think Grant did a good job of finding a way for us to do a fundraiser where we can do something that we enjoy doing together and have fun and still be able to put it towards a cause like this.”

The hit-a-ton was service oriented yet also fun oriented, inviting members to compete and engage in service. TNT sponsor Arsenio Moss liked how the members were being creative and thinking of ways that they can help out for a good cause.

“I think it does a good job of combining a lot of things that TNT is about with interest in sports but also being invested in the community,” Moss said.

Sixteen participants raised $830, and the club hopes to host more hit-a-thon fundraisers in the future.